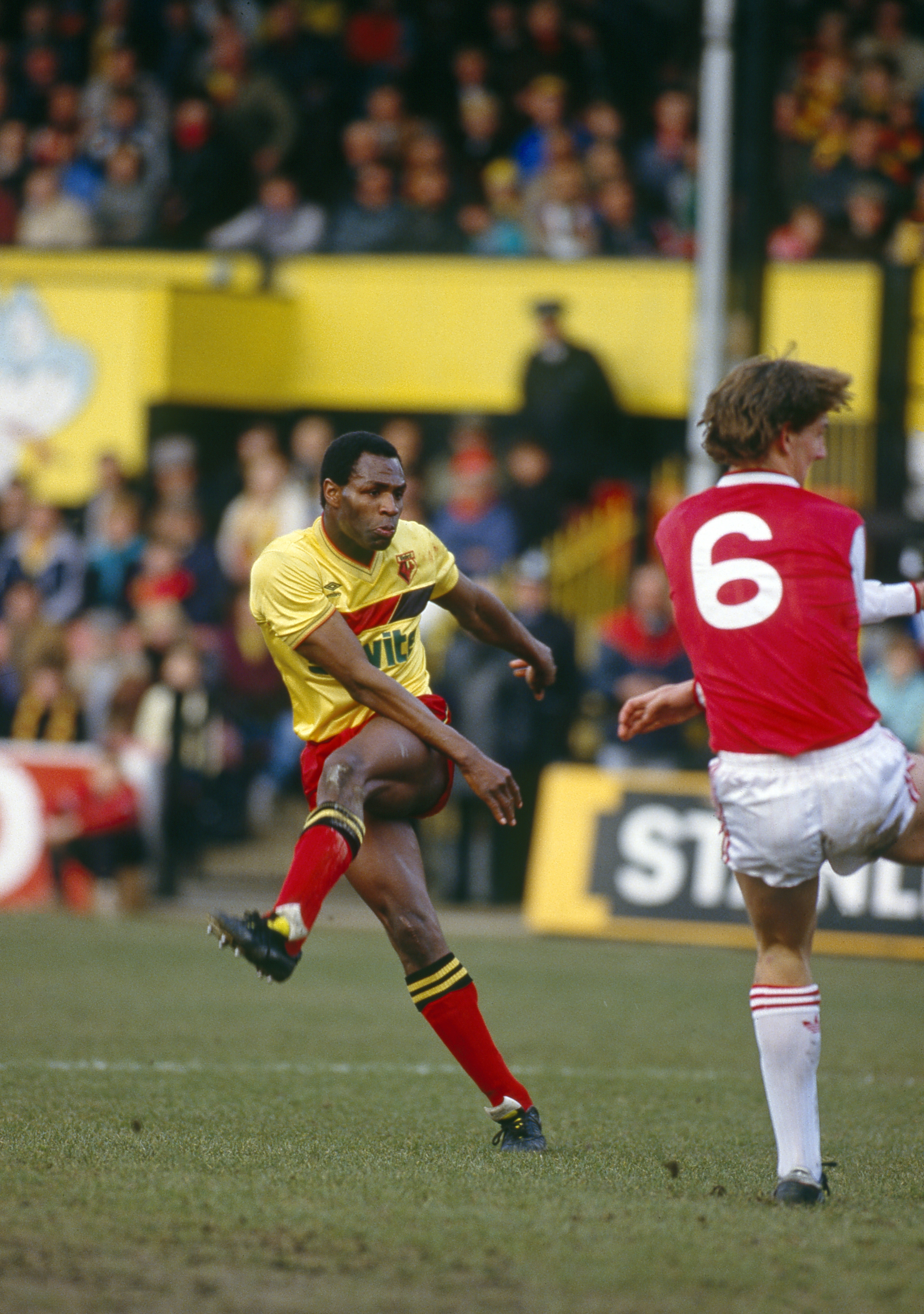 Not Watford., Not now, please, I would happily take an AC Milan side with a porky prime Cafu down the left and an ageing David Beckham down the right over Watford right now.

Please anyone but Watford, We are on a run, we are going well, they are hornets. No one likes hornets, there’s not a single thing nice to say about them, they sting you and bite you on the bum when you least expect it. It’s fair to say I am no fan of Watford, as a football team.

They’re just there aren’t they, always bobbing up and down from the Premier League, nice and quiet when they are down and tucked away in the Championship,

But always there or thereabouts when it comes to promotion and always a danger to any Arsenal team riding on the crest of a wave. They used to be our bogey team  Of all the teams, Watford always used to get one over on us back in the 1980s.

I recall a horrific FA Cup exit one sunny spring afternoon at a packed Highbury in 1987.

Ian Allinson putting us one nil up - big shout out to Faye Allinson and her husband Lee and thank you for the follow back on Twitter, Ian’s a legend to us of a certain age, he made us feel invincible before invincible was even a thing, but that’s a different article for a different time.

Luther Blissett pulled them level, John Barnes got up for a decent header in the tightest of budgie smuggling shorts before Blissett once again sneaked away from an Arsenal team pushing for the equaliser, one on one against Jonny Lukic with Tony Adams in hot pursuit.

To this day I don’t understand how Big Tone had another game in him for the Arsenal after going either side of the goalpost in a desperate last ditch attempt to keep the score down – because that must have really hurt – in adding pain and humiliation to a particularly crushing defeat at the time.

I also recall a miserable trip losing away to a Watford team that was being managed by Dave Bassett, who were on the crest of a nine game losing streak. One nil win for Watford it was as I recall.

On too many occasions I traipsed around those allotments, too many times I stood on that awful away terrace.

Each step about 5mm high, I never used to see any football at all when I went to see Watford away, always the back of someone’s Head, on tip toes the whole game, good job it only cost £3.50 to get in back then. So, if there’s a party being pooped in my world, forgive me for thinking that you can rely on Watford doing

Who remembers two defeats in two days at the hands – or stingers – of the Hornets in 1986? The latter, fittingly a 3-0 thumping at Vicarage Road on April Fool’s Day.

Honestly, the way I feel about them, please just give me Manchester United away on a wet and windy Wednesday and I would feel more confident of getting a result than facing Watford right now, they are the last team I want to see us playing.

It might be good for your average post millennium football supporter – or whatever the marketeers call them these days - going to see us play home and away against them, but not me.

No doubt they’ll have some happy memories of rolling them over. Alas, however, that’s not my relationship with Watford. Oh no.