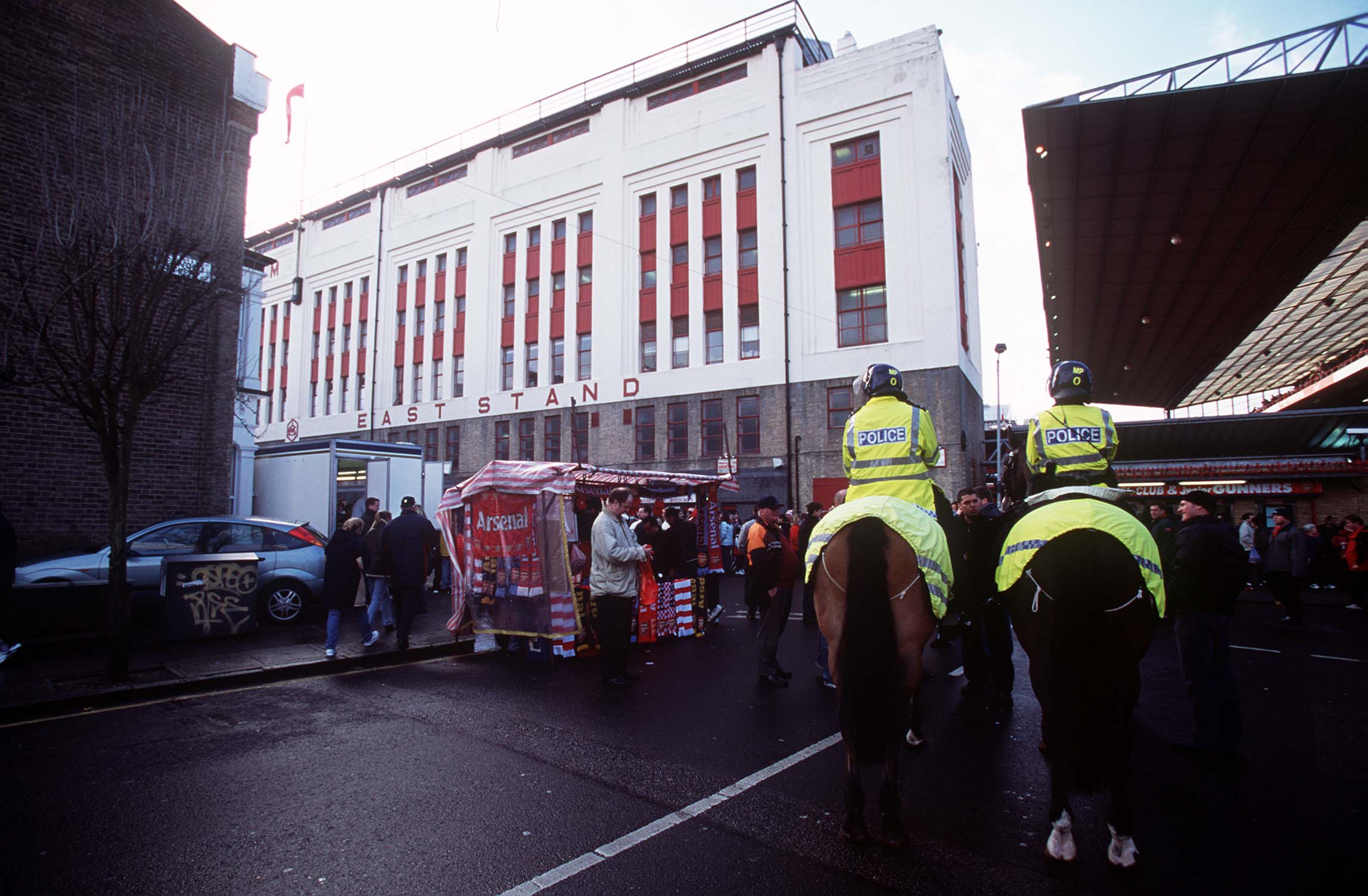 As Christmas 1983 approached, Arsenal were making the headlines for all the wrong reasons. After ten defeats in their opening 17 league matches, and an embarrassing League Cup defeat against Division Three Walsall, manager Terry Neill was sacked, replaced on a caretaker basis by coach Don Howe.

In 16th place and just five points off the relegation zone, Howe had to steady the ship quickly. His appointment just a day before Arsenal took on Watford at Highbury was seen by many as a classic stopgap appointment, an opinion voiced by David O’Leary in My Story.

“I could not see Don getting the job. I felt it now needed a complete change at the top. After all, Don had been responsible for all the coaching. If he stayed, where were the new ideas to come from? And new ideas are needed just as much as new players. The club needed revitalising.”

That argument was for the future. In the immediate aftermath of Neill’s sacking, Howe had to prepare for a difficult match against Graham Taylor’s Watford, a team that was struggling after their debut season in the top flight that had seen them finish runners-up to Liverpool.

It wasn’t just Arsenal that could be described as turbulent during this period. The UK as a whole was facing troubled times, with an IRA bomb on the day of the Watford match killing six people outside Harrods, and thousands of women encircling the Greenham Common site that was housing cruise missiles.

Paul Young’s Love of the Common People was an aptly titled song for the protests in Berkshire, although it would miss out on the Christmas number one spot to Only You by The Flying Pickets. But maybe Howe needed to heed the advice of Tina Turner. Let’s Stay Together doesn’t quite translate into Victoria Concordia Crescit, but everyone at the club had to pull in the same direction to arrest the slide.

Indeed, Howe’s first actions as temporary boss was to withdraw the struggling Charlie Nicholas to play in the hole behind Tony Woodcock and 21-year-old Raphael Meade, who was handed his first start of the season. Injuries to David O’Leary, Stewart Robson, Graham Rix, and Alan Sunderland left Howe with little choice in other positions.

The ever-dependable Pat Jennings played behind a back four of Colin Hill, new signing Tommy Caton, Chris Whyte, and Kenny Sansom, with Ian Allinson, Paul Davis and debutant David Cork making up the midfield. But it would be the recall of Meade that would look like an inspired move come 4.40pm on Saturday December 17.

Arsenal were given a helping hand from referee Clive Thomas. Never one to hide in the shadows – think Mike Dean and multiply by ten – Thomas sent off Watford full back Neil Price in the 40th minute for a second bookable offence. Taylor refused to talk to the press afterwards, such was his dismay at the display of the official.

Watford were already behind when Thomas reduced them to ten men. An Allinson cross was headed in from close range by Meade, and when Caton flicked on an Allinson corner, Meade once again headed past Steve Sherwood shortly after half-time, and the match looked done and dusted.

A fine strike from Mo Johnston three minutes later reduced the deficit, though, and Arsenal began to look nervous, understandably seeing as they were without a win in five matches. But the majority of the 25,104 crowd were sent home happy when Nicholas and Woodcock combined for Meade to slightly mishit a right-footed effort in to complete his hat-trick in the 88th minute.

“We needed someone who wants to make runs, like Raphael Meade,” Howe said after the much-needed win. “It was wholly my decision to do this and if I think it helps the team it will continue. I believe Charlie can play in that role and is quite happy in it.”

On Boxing Day, Nicholas and Meade would each score twice in a delicious 4-2 win at White Hart Lane. Howe’s stock was rising immediately.

“My future, whether or not I will be Arsenal manager, depends on the results over the next couple of weeks,” Howe admitted after the Watford match. A strong end to the season propelled the team to sixth place and landed Howe the role on a full-time basis, but even after a decent start to the 1984/85 campaign, he never really looked like the right man for the job.

The arrival of Paul Mariner in February 1984 spelt trouble for Meade, and he struggled to make an impact at Arsenal after his five goals in two matches over the 1983 festive period. But we were grateful at the time. The win over Watford would be only one of two at Highbury over the Hornets during their six-year stay in Division One. And any Arsenal player who scores twice against Tottenham in a derby win deserves our full respect.

Read Steve Pye in every print issue of the Gooner Fanzine on sale at the Emirates today.