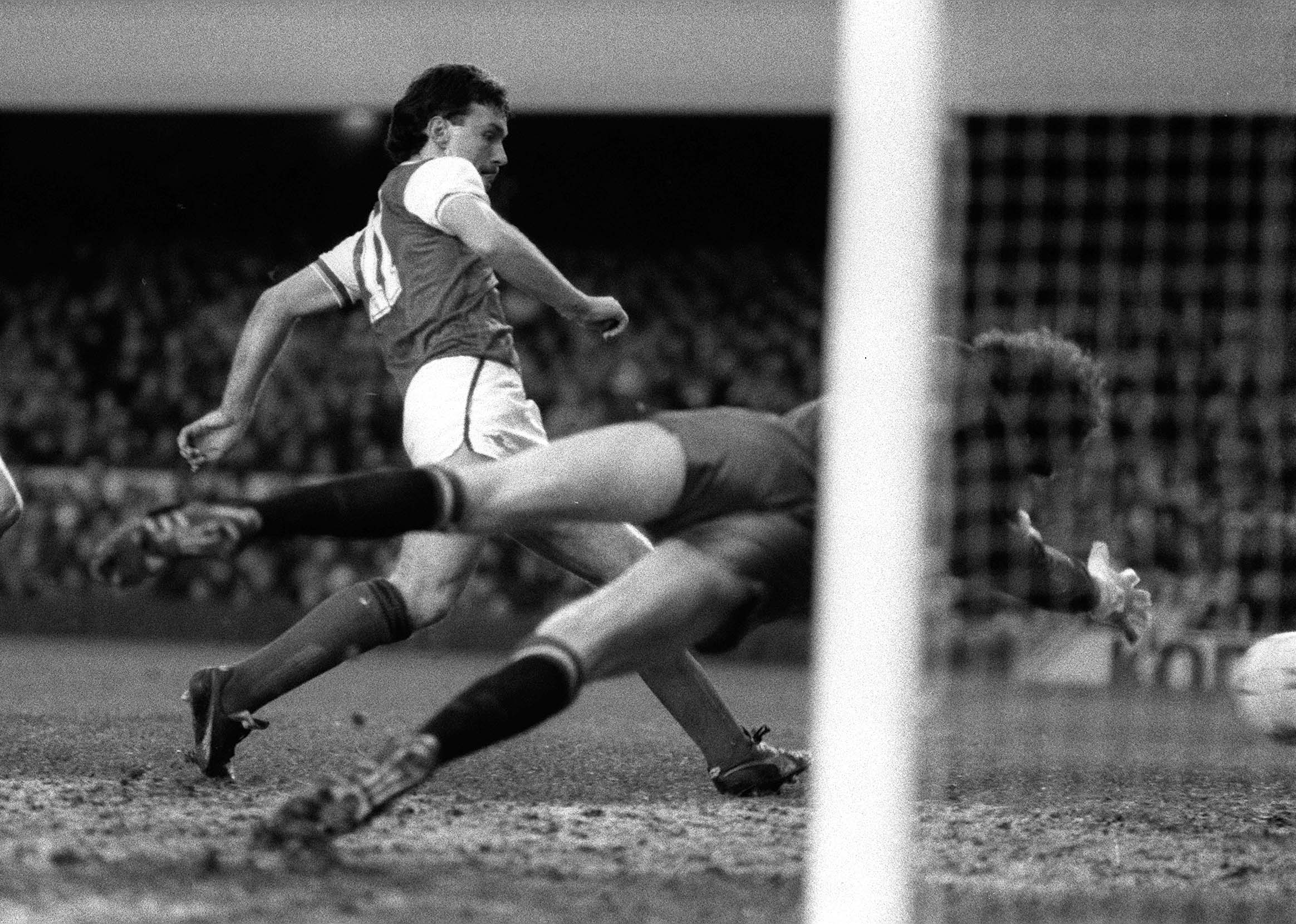 If there is one fixture that challenges me to recall a really memorable game it is our clashes with Watford.

They only really started in the early 1980s and  I must confess I found the style of football espoused by Graham Taylor to be rather unloveable and unwatchable although as I have several friends who support the club I wish Watford no ill.

They’ve proved tough opponents as well but over the seasons our meetings have produced a lot of goals.

We lost our first Highbury meeting in 1983, 4-2, failing to deal with the pace and power of Blissett, Jenkins and Barnes despite goals from Stewart Robson and Brian Talbot.

Another depressing moment was losing to them two days running during Easter 1986.

We lost 2-0 on Easter Monday in a game that took place just after Don Howe had left the club despite us having an outside chance of winning the title.

The following day’s away fixture saw us lose 3-0.

Watford were led that day by Pat Rice , during the brief sojourn he had at Vicarage Road. Sometimes it doesn’t seem right when former Gunners return in other colours and that was a case in point.

Our club was drifting but that drift was swiftly corrected the next season when George Graham took charge.

A few months later we had started a gratifying run of results and in October we beat Watford 3-1 with a performance that demonstrated the growing momentum that George generated from a squad that had little money spent on it .

That October afternoon our goals were scored by what seems with the benefit of history to have been a far from stellar trio - Perry Groves (George’s only signing up to that point ), Niall Quinn and Martin Hayes fired home a penalty during an incident that saw Tony Coton, the Watford keeper sent off.

It was the early stages of a long unbeaten run that took Arsenal to the top of the table during the weeks that marked our centenary.

More recently in 2018 we played Watford twice, in March led by Arsene Wenger, a 3-0 triumph notable mainly for Petr Cech saving the only penalty I think he got near during his Arsenal career.

That it was from Troy Deeney made it all the sweeter, in a game that also took Cech to a career total of 200 Premier League clean sheets.

Later that year the baton had passed to Unai Emery.

Like George Graham his early tenure was marked by a long unbeaten run which took in that game against Watford.

A dogged and resilient Hornets resisted Arsenal until the last ten minutes of the match when Mesut Ozil forced Craig Cathcart into a near post own goal and then scored himself.

Those were some of the last good times he enjoyed under the Spaniard.

Our last game with Watford, the week before our FA Cup Final win against Chelsea, saw us ultimately relegate them with a 3-2 win with an Aubameyang brace and Kieran Tierney’s first goal for the club.

They may have revenge on their minds when they return today.