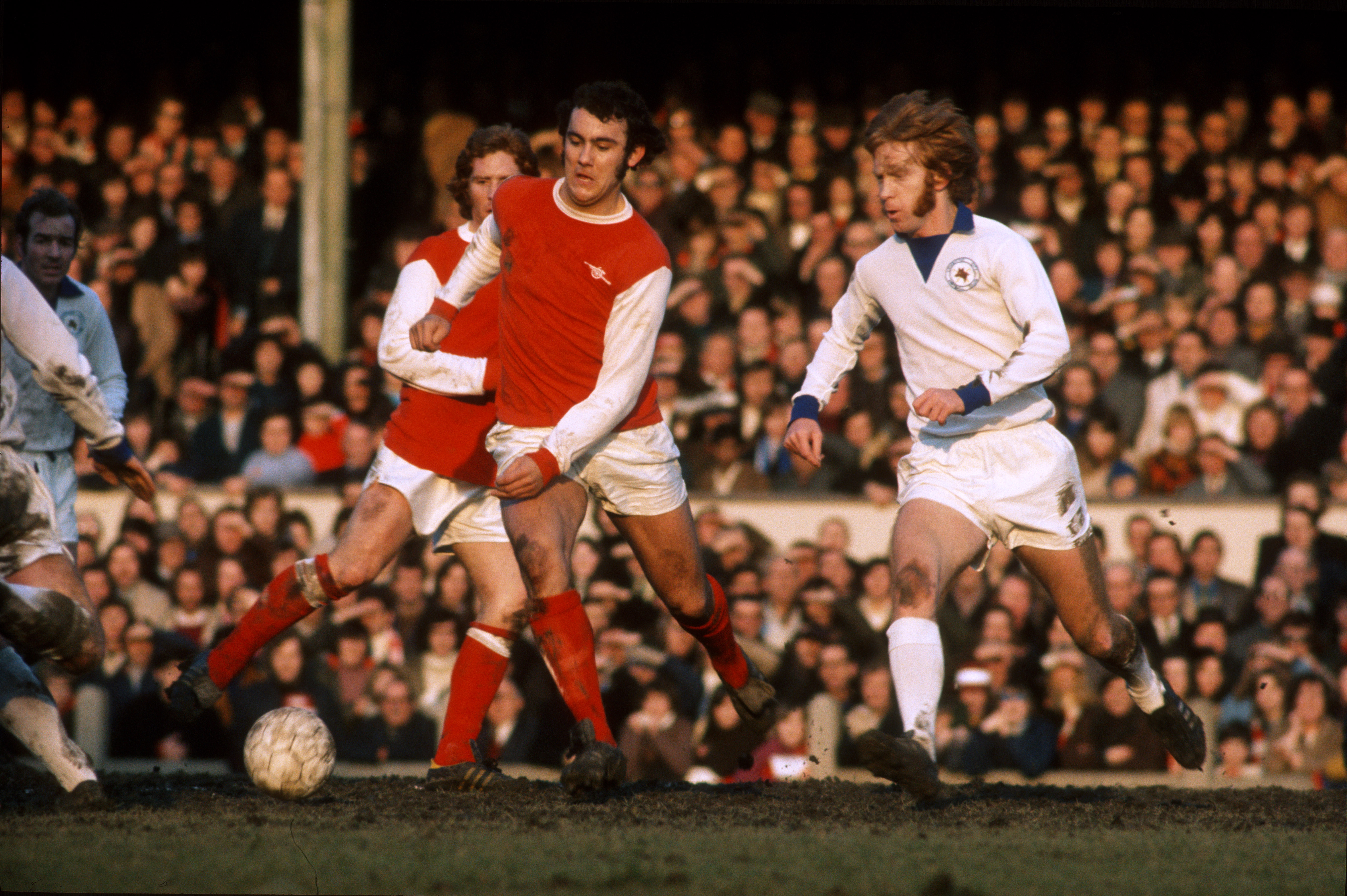 Ray Kennedy, the Arsenal hero, Liverpool legend, and England thoroughbred has sadly passed away after a long battle with Parkinson’s disease at the age of 70.

The quiet man from Northumberland was admired as an intelligent and progressive footballer, and respected as a man for the dignity and determination he brought to his at times punishing struggle with illness.

He will be forever remembered as the man who scored the goal at White Hart Lane when Arsenal clinched the first part of the club’s first league and cup double in 1971.

How many times have I watched that looping header find its way into the top corner of the net to clinch the title – how many more times will I watch it now with a growing, yet melancholy, fondness?

The photo of his grinning joy in the dressing room afterwards is a lovely memory of a wonderful time in the club’s history, a time young Ray was absolutely central to.

Arguably he ought to be remembered for another, different goal! In the first leg of the 1970 Fairs’ Cup final, trailing 3-0, Kennedy, a 77th minute substitute notched an all-important lifeline of a goal in the 82nd minute.

It proved the basecamp for the glorious and successful assault a week later when Highbury rocked and shook perhaps like never before or since.

Moving to Liverpool in 1974 for £200,000 he quickly redesigned himself as a thoughtful midfielder, a man whose deft touches and vision were perhaps at odds with his large frame.

At Anfield he augmented his trophy haul with five more league titles and three European Cups amongst other successes.

He also won 17 England caps, perhaps a meagre return for a player of his ability at a time when Trevor Brooking was in his pomp and ahead of him in the race for a starting place.

Coming through the ranks at Highbury he made his debut in 1969 and during his career he won every major domestic honour, plus the European Cup, and UEFA Cup.

One of his old team mates from Liverpool described him as ‘a great player, and a lovely bloke’; his manager there, Bob Paisley, remembered him as ‘one of the greatest players, and probably the most underrated’.

Ray won’t be defined by his illness, but he will most certainly, for a long time, be admired for the resolve he brought to living with it. It is perhaps best we none of us know what lay ahead of us.

If he had, that young man grinning from ear to ear in the dressing room at White Hart Lane in 1971 would have known that what was before him was a life in which he would prove himself as a footballer over and over; and also as a man, for in football as in life Ray Kennedy fought and passed every battle, every challenge thrown in his path.

He did Arsenal, Liverpool, and England proud, but most of all he did himself proud for 70 years during a life truly well worth living: rest in peace Ray Kennedy.