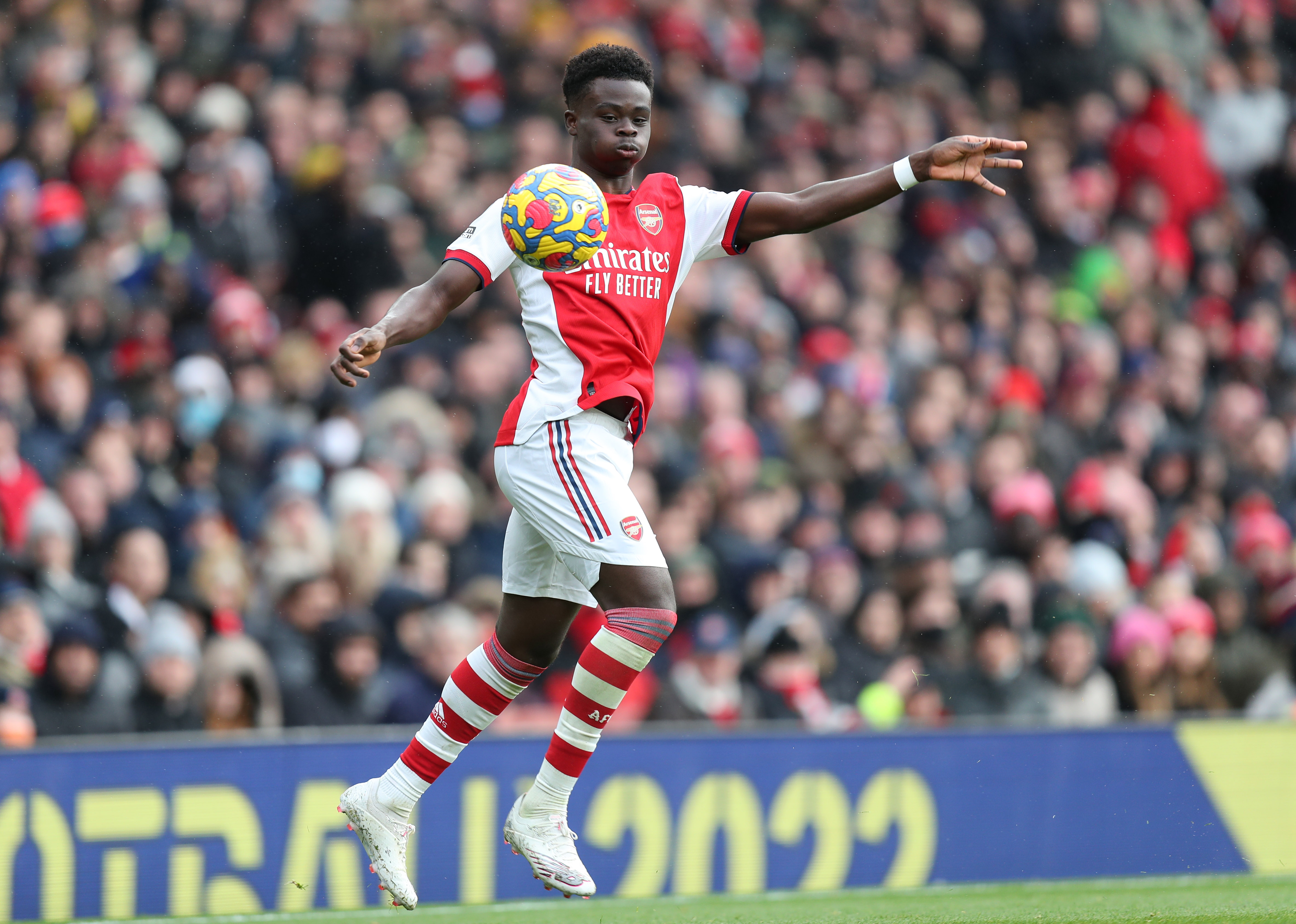 Bukayo Saka is not leaving Arsenal for Liverpool. Not in a million years says @laythy29

It must be that time of year again.

You know, that time when people start talking about player moves that will simply never happen.

The latest 'story' is in fact a complete non-story, more to do with wishful thinking on Merseyside than any concerete evidence from anywhere, let alone the player involved.

I'm talking about the 'Bukyao Saka to Liverpool' nonsense.

It must simply be coincidence that this complete and utter non-story has reared its head before the forthcoming two-legged League Cup semi-final clash between Arsenal and Liverpool. Mustn't it?

And it also must surely be coincidence that the world class Saka is being linked with Liverpool at the start of the 'silly season' of transfer rumours without a shred of foundation or credibilty. Mustn't it?

However, let's get one thing straight at the start of this window: Saka, our Saka, our wonderful Saka, is not going anywhere. End of story.

And if Arsenal do their job properly he won't be leaving at any point over the next five years at least. Anything else you read is simply incorrect on that score.

I've watched Saka flourish from the U18s to the U21s to the U23s and the first team - and quite simply Saka is a Gooner through and through. Why on earth would he leave his boyhood club for elsewhere when he is loved the way he is in North London?

Everyone who saw him playing for the academy knew he was a special talent - even if his stellar upward trajectory over the last couple of years has been absolutely incredible. So why jeopardise that progress with a move to a club where he quite possibly would not be a regular starter, thereby stalling his progress, stalling his momentum and stalling his career. Which brings us onto our next point.

2) Arteta is building something special at Arsenal

Many inteligent Gooners who know the club have likened this side's current progress to the 1986/87 season. Meaning that Arteta is building towards a tilt at the title over the next couple of years.

If you know your Arsenal history you will know that under the astute George Graham - whose first job when taking over was to clear out a toxic culture fuelled by lazy and underperforming cliques satisfied with repeated underacheivement - did just that.

So successfully did 'Gorgeous Geroge' remove the has-beens and never-would be's, his young, vibrant side - consisting mainly of local lads that were hungry to do well for the badge, the club, each other and the fans - won the league three years later. At Anfield of all places. If you know, you know.

So why on earth would Saka want to leave his friends and colleagues that he's grown up with? Why would he want to exit Arteta's exciting project, abandoning pals such as Emile Smith Rowe and Gabi Martinelli, not to mention the nucleus of what could be an outstanding side in the future, simply for a change of scenery?

3) Where would he play at Liverpool?

It is said that Saka's style would suit Liverpool's style of play. Of course it would. He's a world class player. But if you look closely, where would his best position be at Anfield?

Saka has played in plenty of positions for Arsenal over the years, from left-back and left midfield to right-wing back and right midifield, as Arteta looked to find his perfect position. Which, judging by his performances this season has to be right midfield.

I covered Liverpool's breathless 2-2 draw with Chelsea at Stamford Bridge on Sunday and it was instructive to note their trophy-laden captain and leader Jordan Henderson played on the right side of a midfield three in a 4-3-3 formation, flanked alongside Fabinho in the middle.

Henderson is still only 31 and at the height of his powers. He isn't going anywhere. So if Saka wanted to play wide right he'd have to dislodge Liverpool's captain and Jurgen Klopp's right hand man. A tough ask, even for Saka. And he certainly wouldn't want to be sitting ont he bench while he attempted to do so.

Ok, so what about right-back or right-wing back for Liverpool? Three words: Trent Alexander Arnold. For my money one of the best attacking full-backs in world football. Good luck with Saka dislodging his England colleague on that one.

So, what about further forward on the right. Well, that's where my player of the season, Mo Salah lives. So, no chance there then.

What about wide left? None other than Sadio Mane plays in that position. And that top talent is going anywhere anytime soon, unless Saka fancies covering for him while the Senegal international is away on AFCON duty this month.

So, where would Saka fit in at Klopp's Liverpool?

In the meantime, take the story for what it is: Complete and utter January transfer window nonsense.