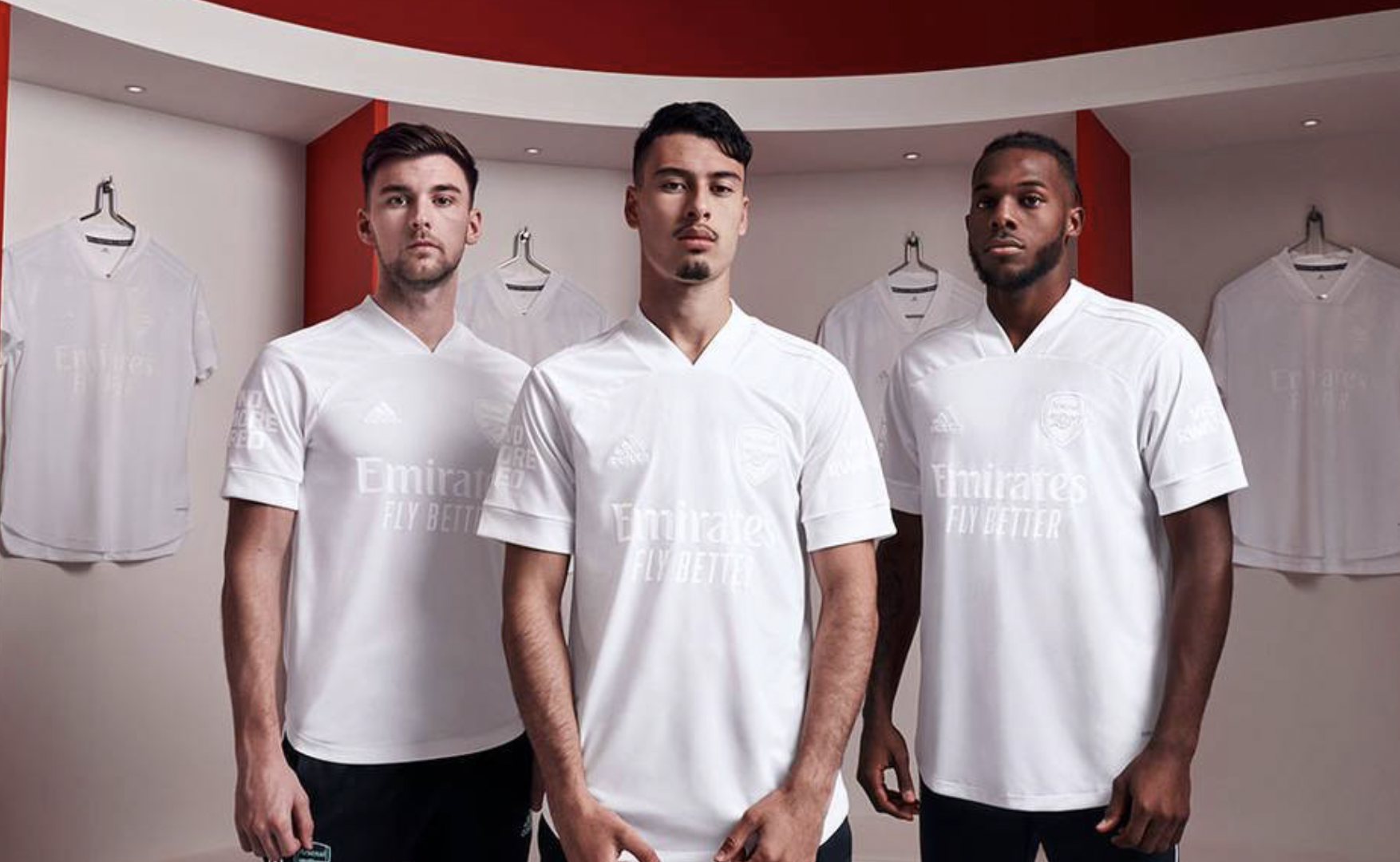 Arsenal are to remove red from shirt and play in all-white in FA Cup as part of adidas anti-knife crime collaboration. PICTURE CREDIT: Arsenal FC

No More Red is an initiative between Arsenal and adidas that will see adidas support the long-standing work being done by Arsenal in the Community to keep young people safe from knife crime and youth violence.

There were more than 10,000 knife crime offences in London between June 2020 – June 2021. Last year also saw the highest number of teenage murders in a year in London since records began – most of which involved knife attacks.

No More Red will build on Arsenal in the Community’s work with young people in the capital, as well as providing more safe, positive spaces for young people and spotlighting talented individuals who are making a positive difference in their community. Throughout the initiative adidas also will be supporting by:

Investing in creating and refurbishing safe spaces to play football – starting with the pitch on Harvist Estate just minutes away from Emirates StadiumCreating a No More Red mentorship scheme where young people doing positive work in the community will be supported by creative talent including Idris Elba, Ian Wright, DJ Emerald Rose Lewis and artist Reuben Dangoor among othersProviding access to its talent network who will make regular contributions to Arsenal in the Community programmes that provide a wide range of training,  quality spaces, positive role models and tangible opportunities for young people

As part of the campaign, we have also taken the unprecedented step of replacing our iconic red home shirt with an entirely white kit in our Emirates FA Cup tie against Nottingham Forest. The kit will never be commercially available and will only ever be awarded to individuals who are making a positive difference in the community.

Following the game, the ten shirts worn by outfield players have been gifted to organisations doing work in the community to address some of the root causes of knife crime and youth violence. These organisations are

As part of the campaign, we have worked with actor Idris Elba, and Arsenal legend Ian Wright.

Idris Elba, founder of Don’t Stab Your Future and mentor as part of No More Red said: “From the time young people leave school, until the time they’re at home with family, there is often a void, a dangerous spike of nothing to do, where nothing can easily turn to something dangerous.

“If there continues to be no options for this after-school period, we will always see gangs form. Let’s create options for these young people.”

“By giving young people more places to play sport, more support, and access to individuals who can inspire them, together we can help make a difference to young people in London.”

The shirt will become a symbol of positivity in the community, given to individuals and organisations who are giving back to the community and creating a positive environment for young people.

No More Red is a long term commitment by ourselves and adidas. Arsenal in the Community has more than 35 years’ experience supporting young people from inner city areas.

By spotlighting people in the community, providing mentorship for talented individuals, investing in physical spaces and bringing inspirational talent from the creative industries into Arsenal in the Community programmes, we hope to provide more safe spaces, education and opportunity for young people.

We help and support thousands of young people each week and we’re incredibly proud to further this support by launching No More Red in collaboration with adidas.