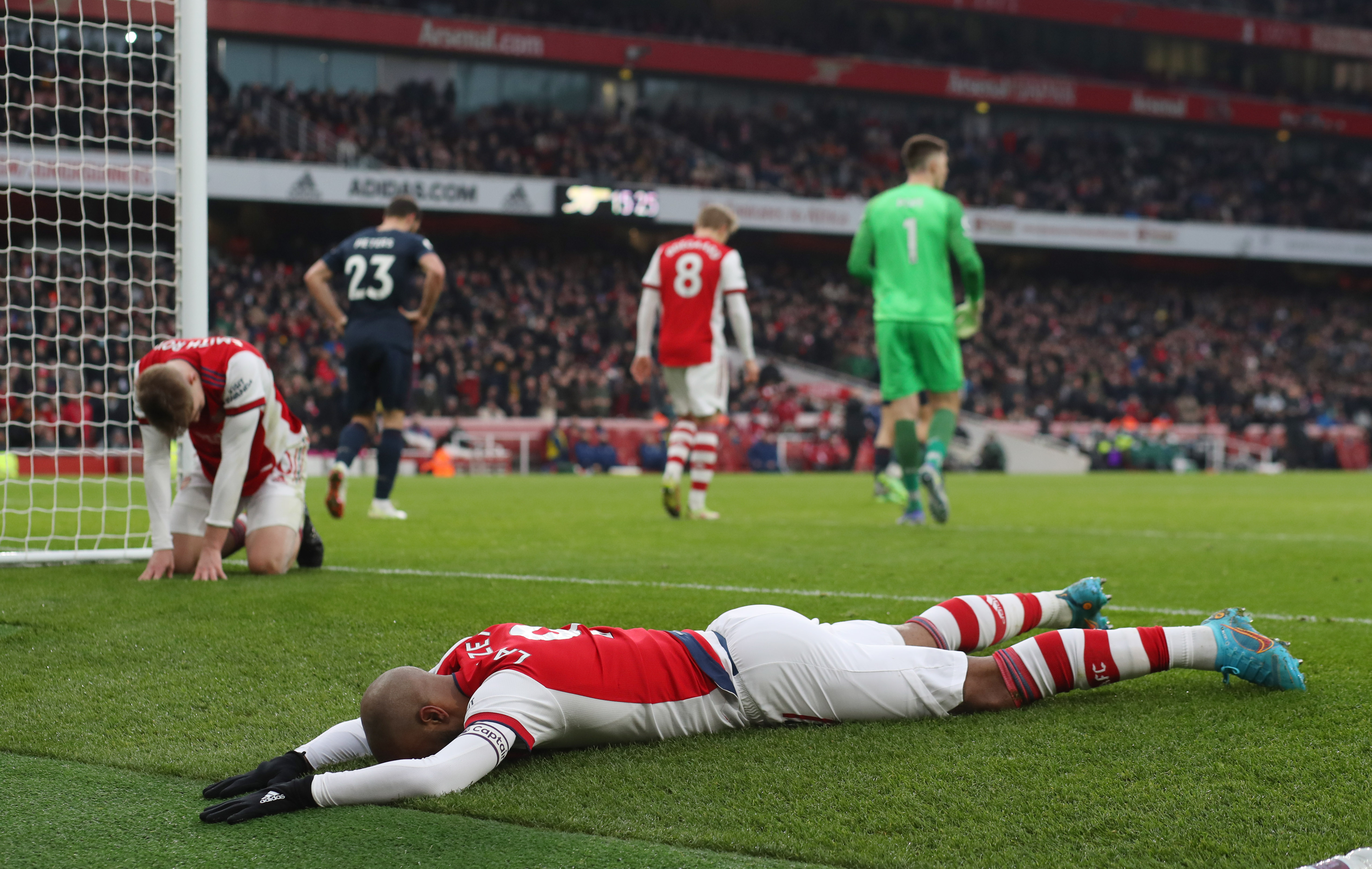 Toothless Arsenal played our a drab goalless draw with Burnley at the Emirates on Sunday afternoon.

The dour match underlined the fact that Mikel Arteta's side badly need a striker with the result ensuring the Gunners have now gone four games without a goal and have only netted once in 2022.

Ramsdale: 7/10 - A clean sheet is never to be sniffed at as a keeper but his uncertain handling at times was concerning

White: 6/10 - Helped the backline to a shutout, but in truth Burnley were as toothless as Arsenal, evenmmore so considering they sold the bustling Chris Wood to fellow strugglers Newcastle

Holding: 6/10 - Solid without ever threatening to bolster attacking options

Tierney: 6/10 - Not his usual effervescent self and his energy up and down the flanks was somewhat lacking

Sambi Lokonga: 6/10 - Not particularly effective but still a better option in terms of discpline than Xhaka

Saka: 6/10 - Frustrated at the lack of service out wide at times but could not break down the obdurate Clarets backline

Ødegaard: 6.5/10 - Burnley away seems a long time ago now for Arsenal's creative No8. A similar chance with a free-kick on Sunday flew over

Smith Rowe: 6.5/10 - Lively but was another unable to break the deadlock

Martinelli: 6.5/10 - Always gives his all but not as influential as he would have liked

Lacazette: 6/10 - Leads the line but will never be a prolific striker - surely the club will have to buy a forward this month?

Nketiah on for Smith Rowe on 77 minutes 5/10 - Arsenal might be ringing but Eddie isn't answering...