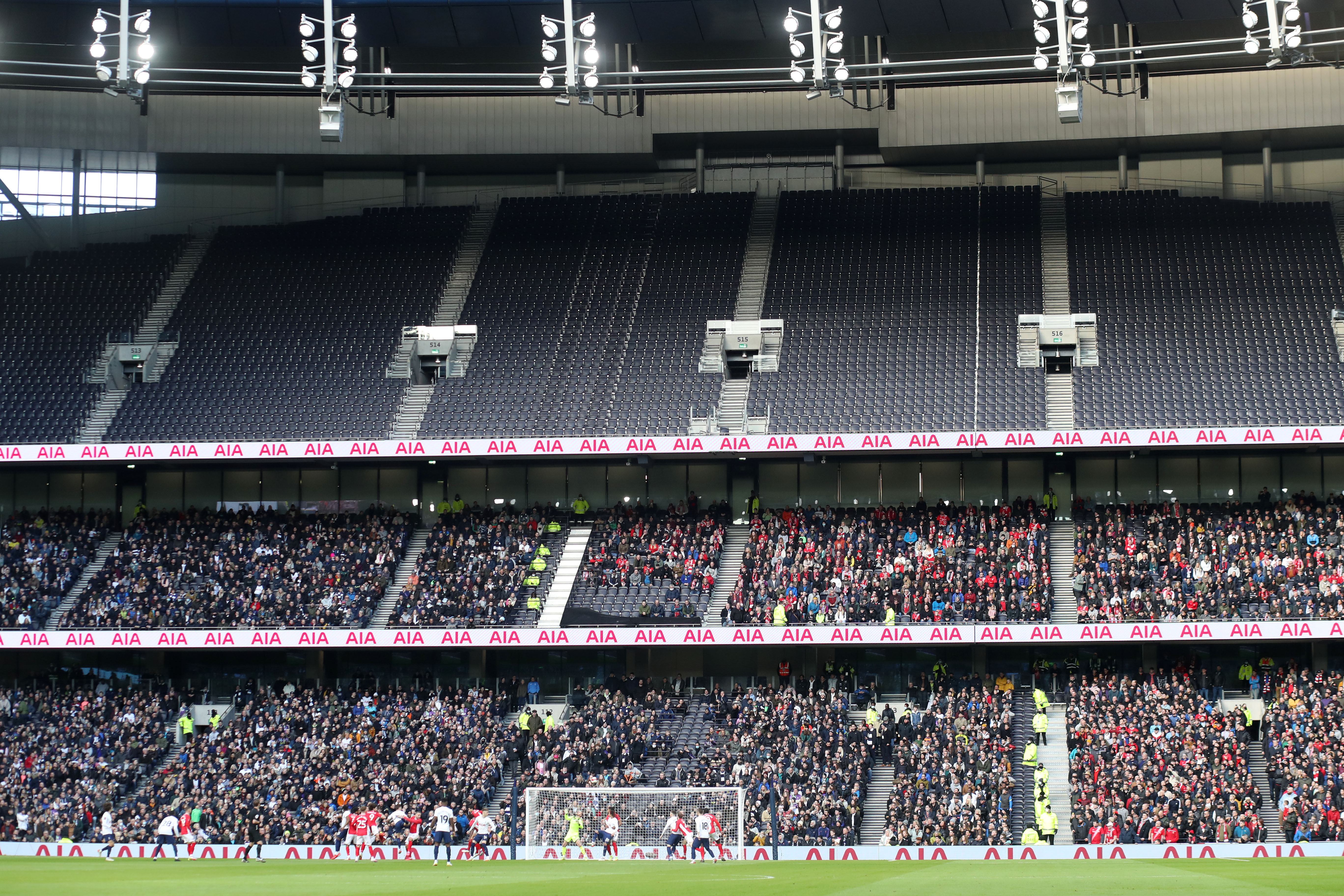 Spurs average over 8,000 empty seats every home game, the most of any Premier League club by some distance.

New research from OLBG looks at average attendances and ticket prices to calculate how much empty seats are costing Premier League clubs.

Their London rivals Chelsea place next on the list with over 3,000 empty seats on an average matchday meaning they miss out on just under £155,000.  Leicester lost just £6,500 per matchday with an average of just 251 unsold seats per game at the King Power Stadium.

Tottenham Hotspur’s 8,284 empty seats per matchday are costing them approximately £165,680 per home game, according to new research from OLBG.com.

The study took into account this season's average attendance figures and the lowest cost of a ticket available to work out the estimated losses of all Premier League clubs through the number of empty seats.

Spurs came out on top by some distance as they had just over 5,000 more unsold seats per game than Chelsea, who came second on the list.

The North London club moved to their state of the art 62,850 capacity stadium back in 2019 from their long-standing White Hart Lane home, but have so far failed to max out the arena on a regular basis.

Likewise, London Rivals Chelsea also had one of the highest average number of empty seats in the Premier League (although still significantly less than Spurs) with 3,282 per game, costing the Blues around £154,254 each time.

Southampton ranked in third place despite having slightly more empty seats than Chelsea with 3,388, but the European Champions higher ticket prices meant they placed above the Saints.

Burnley were the highest-ranked Northern club on the list, placing fourth and having a similar number of empty seats to Southampton with 3,393.

There wasn’t much to separate the two in terms of money lost either with the Lancashire based club dropping just over £101,000 per game as opposed to Southampton's £108,416.

Reigning champions and current league leaders Manchester City rounded off the top five, losing out on approximately £86,275 every time they played at the Etihad.

City fans have come in for criticism this season for not maxing out their 55,017 seater stadium on a regular basis, with attendance figures showing they average 2,465 empty seats per home game.

At the other end of the table, last season's FA Cup winners Leicester City can boast the least amount lost and the least amount of average unsold seats in the Premier League, with an astonishingly low 251 free on a typical match day.

Impressive considering the King Power Stadium has a maximum capacity of 32,312, which is far from being the smallest in the division.

All this means they only lose out on a mere £6,526 playing on home turf.