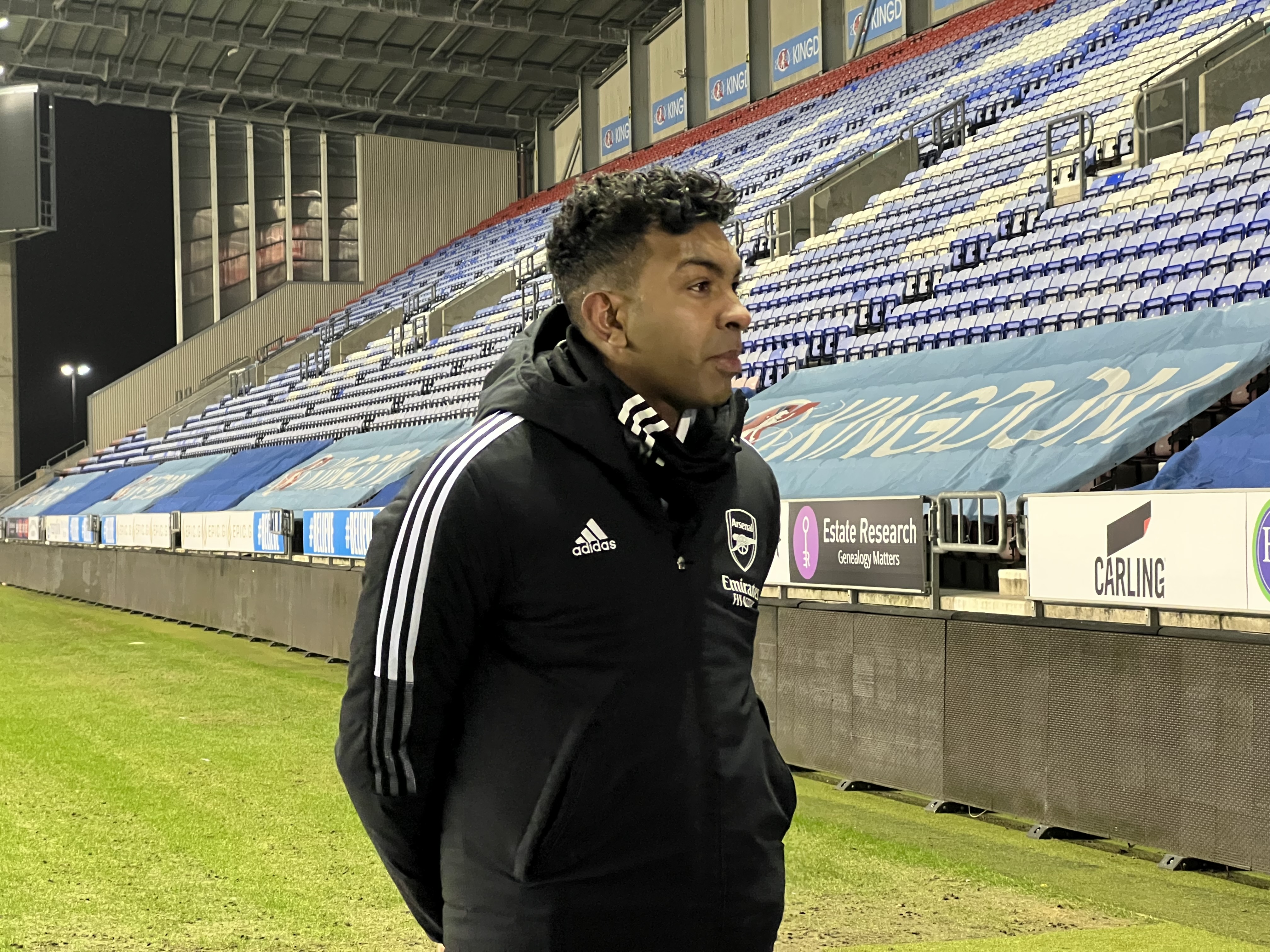 Arsenal U21 boss Kevin Betsy spoke to Layth Yousif after his talented young guns narrowly lost 1-0 to League One leaders Wigan Athletic at the DW Stadium on Tuesday evening.

Read on for the verdict from Arsenal academy coach.

What was your take on tonight?

The fundamental thing for us is to bring players through to the first team.

Yes, it's lovely to progress in competitions or win things, but the most important thing for us is developing players for the Arsenal first team.

We did a lot of preparation on Wigan and we really looked forward to playing this game. There were some changes in their squad but they had plenty of experience too. But that's football, we've dealt with it during this competition all season and relished the challenge - as we did tonight.

When you consider someone like Reuell Walters was at Peckham Town a short while ago, how important is the Papa John's Trophy in bringing youngsters through at Arsenal?

There are dark arts that our players have to learn, that they can only do when they play against senior players. They did that tonight and throughout this competition.

You must be proud of your team tonight

Witout a doubt I'm proud. We are the Premier League academy that has gone the furthest in this competiton which is great achievement. It is a special night for us if you look at the bigger picture - but I still think we could have come away with a victory tonight. But we weren't clinical enough.

You took Charlie Patino off at half time - was that a precaution?