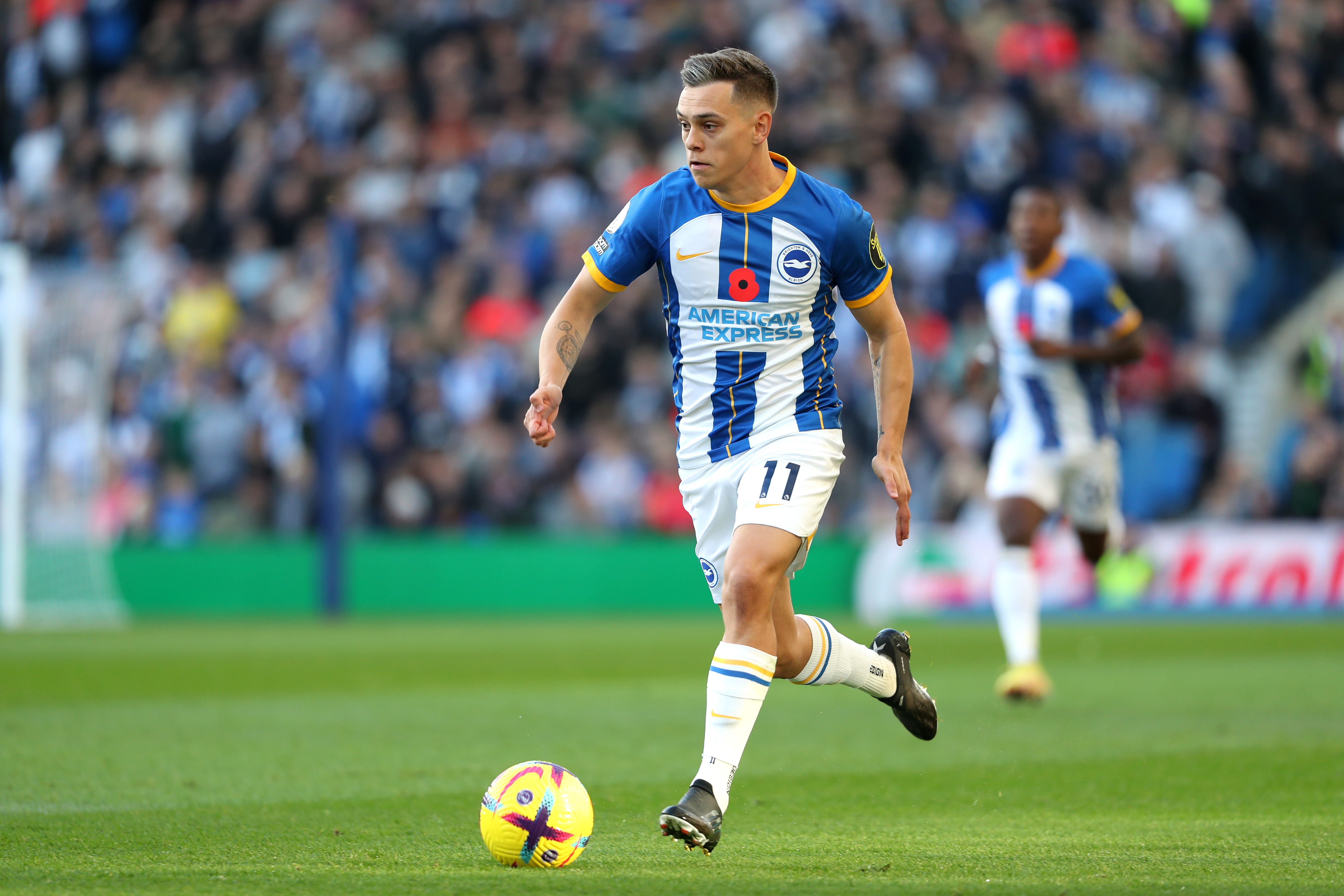 Trossard has been integral to Brighton's goals in the Premier League. CREDIT: Mark Leech/OFFSIDE

What a week it’s been for Arsenal, I find myself thinking this so frequently this season.

A win at Tottenham, sitting at the summit at the table and we’ve now agreed a deal for one of the most frightening wide men in the Premier League.

Missing out on the Mudryk deal was a shock for everyone, whether the price tag was excessive or not, the prospect of signing a young talent is always exciting so the way it was snatched was quite a blow to take.

If there’s one thing this season has imprinted on me, it’s to trust the club.

I never thought I’d say that with confidence; however, the way things have been going, morale is at an all time high and doubting anyone associated with Arsenal at the moment isn’t really in my capacity.

I love the project Arteta has built, I love the squad and their desire to achieve, and I love the way we ultimately handled the negotiations surrounding Mudryk.

I’m not going to put Mudryk’s talent down now that he’s signed for Chelsea, he’s an exciting talent but we drew the line at throwing cash at a player that’s had one encouraging season in European football.

Hindsight is a glorious thing; we can now laugh. The imminent signing of Leandro Trossard is a phenomenal bit of business.

Yes, he’s 28, yes he’s caused a bit of stir at Brighton, but yes he wants to play for Arsenal and yes he’s a player we’ve all feared when coming up against him.

The Belgian has terrorised defences whilst at Brighton, this season so far, he’s bagged seven goals and three assists in 16 appearances for the seagulls.

He’s been a pivotal player for Brighton and a player discussed frequently when it comes to wide men terrorising defences and controlling the flanks.

The fee is reported to be around £21m, which in this market for a player proven in the Premier League is a steal.

He can finish, he can run, and he’s got an eye to deliver a good pass, what more could you realistically ask for in a winger as an addition midway through the season?

His role in the squad is unclear, but he’ll certainly be an exceptional addition when relied upon, which is something we’ve been anxious of all season, with the looming question of ‘what if’ on the injury front.

I’d say get excited, there’s no reason to doubt the Belgian, he’s a wickedly good winger and a reliable source for goal contributions, the price tag is just an added bonus for the man we’ve acquired.