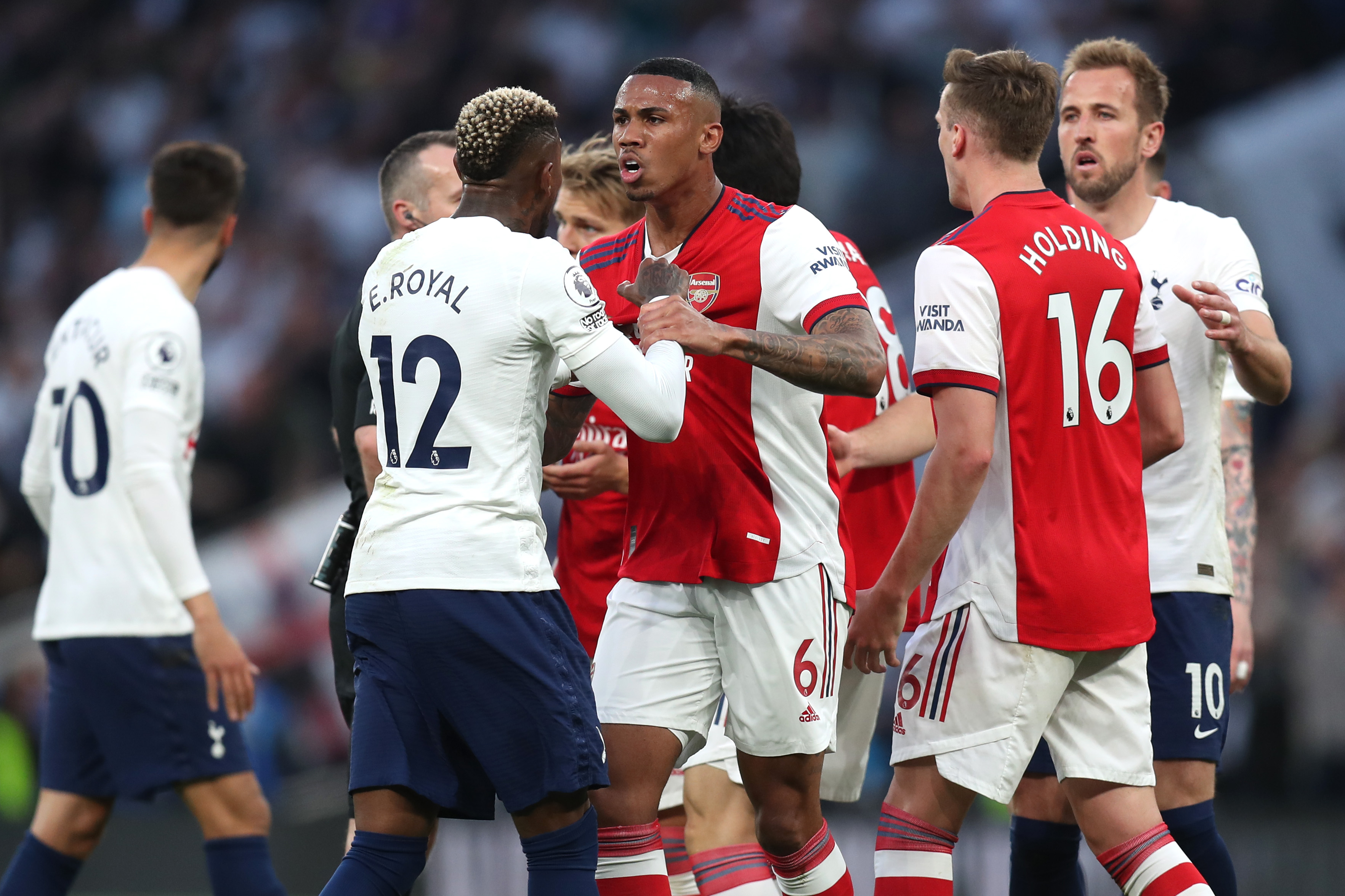 To be honest though - as the game drew closer - it was difficult to envisage us getting anything from there, at least for me anyway.

A team so young cannot deal with that level of emotion in a game, especially when the older heads lose it like Rob did today. The pen was really soft, but Holding deserved his sending off.

However much the pen may have changed the game, we couldn’t cope with their intensity and we couldn’t take the emotion out of the game. We gave their crowd reason to get behind their team, when frustration would have kicked in had we been more resolute. Despite all the noise, it’s still in our hands. Beat Newcastle and Everton and it’s ours. We’d have taken that after Palace, Brighton, and Southampton.

That was a predictably horrible experience. Even leaving two hours before kick off, the journey was unbearable. Being with them on the platform, and walking in amongst them on the way to the stadium is something I don’t plan on doing again.

It’s an amazing ground. Even the turnstiles are state of the art, with large sliding glass doors which open instead of an old metal turnstile clicking you through. I’d still rather the turnstile though. The inside of the ground is just as sleek, a multitude of food options and a smooth operation at the bars - it pains me to say it but it’s a pretty perfect ground. The only slightly baffling aspect is the away end, with corporate seats in the same tier and literally right behind (only separated by some glass) it was inevitable that it would all kick off. Also with three tiers of Spurs directly above, flying debris was also an issue. I suppose it’s always hard to know where to put an away end, and you can’t solely base it off one game a year.

Having had waves of nausea throughout the day, getting to our seats was a relief and actually calmed me down a bit, knowing that it would be over soon (the game, that is, I wasn’t that confident about us securing top four!). A surprise absence in Romero for Spurs gave a little more hope, but Son and Kane were the issue.

We started brightly, nullifying most Spurs attacks and providing Saka and Martinelli with ample opportunity one on one against their men which obviously worried Spurs.

They started to come into the game a bit more, and the game spun in the 22nd minute. A soft penalty decision gave Kane the chance to put them ahead, which he of course took. We’ve only come from behind twice this season - to draw against Palace and to beat Wolves - so it seemed extremely unlikely that we would do it at White Hart Lane, it was the worst possible start.

We then began to lose our cool, and failed to stop the game from becoming chaotic. Holding was stupid, and however soft it was he gave the referee a decision to make and so received his second yellow in the 33rd minute. One man down, one goal down and at this point I think all hope was lost. If it wasn’t lost then, it certainly was in the 37th. Another near post flick on from a corner gave Harry Kane an unmissable chance for his second. 2-0, 10 men and WHL was rocking. Already Arsenal were faced with a seemingly unclimbable mountain at HT.

The makeshift defence remained the same as the teams came out for the second half, with White clearly not fit enough for a cameo - or with the game almost certainly over Arteta was not willing to risk him. Two minutes into the second half the defence was breached again. Some poor defending from Gabriel on Kane allowed the ball to fall back to Son who fired through a crowd past Ramsdale.

It was now damage limitation, which thankfully we managed to do. With about 15 to go we decided that leaving to avoid all the trouble was the best move, and thankfully avoid trouble we did. That long walk back to Seven Sisters among all of them was not an enticing prospect so I’m glad we left when we did. I’ll be there with them on Monday to make up for it.

As much as that hurt, and as much as they celebrate, two wins makes it meaningless.

We don’t have to worry about them, or anyone else, two wins and we’re there. Channel all that emotion into Monday now, treat that as the cup final, and go out and win it.

Simple as that. We couldn’t have asked for a better scenario at the start of the season. 4th with two to play. Mikel has to stop the rot again, he has to pick them up to go again on Monday.

It’ll be tough, but it’s still all to play for with two to go. Until Monday, Gunners.