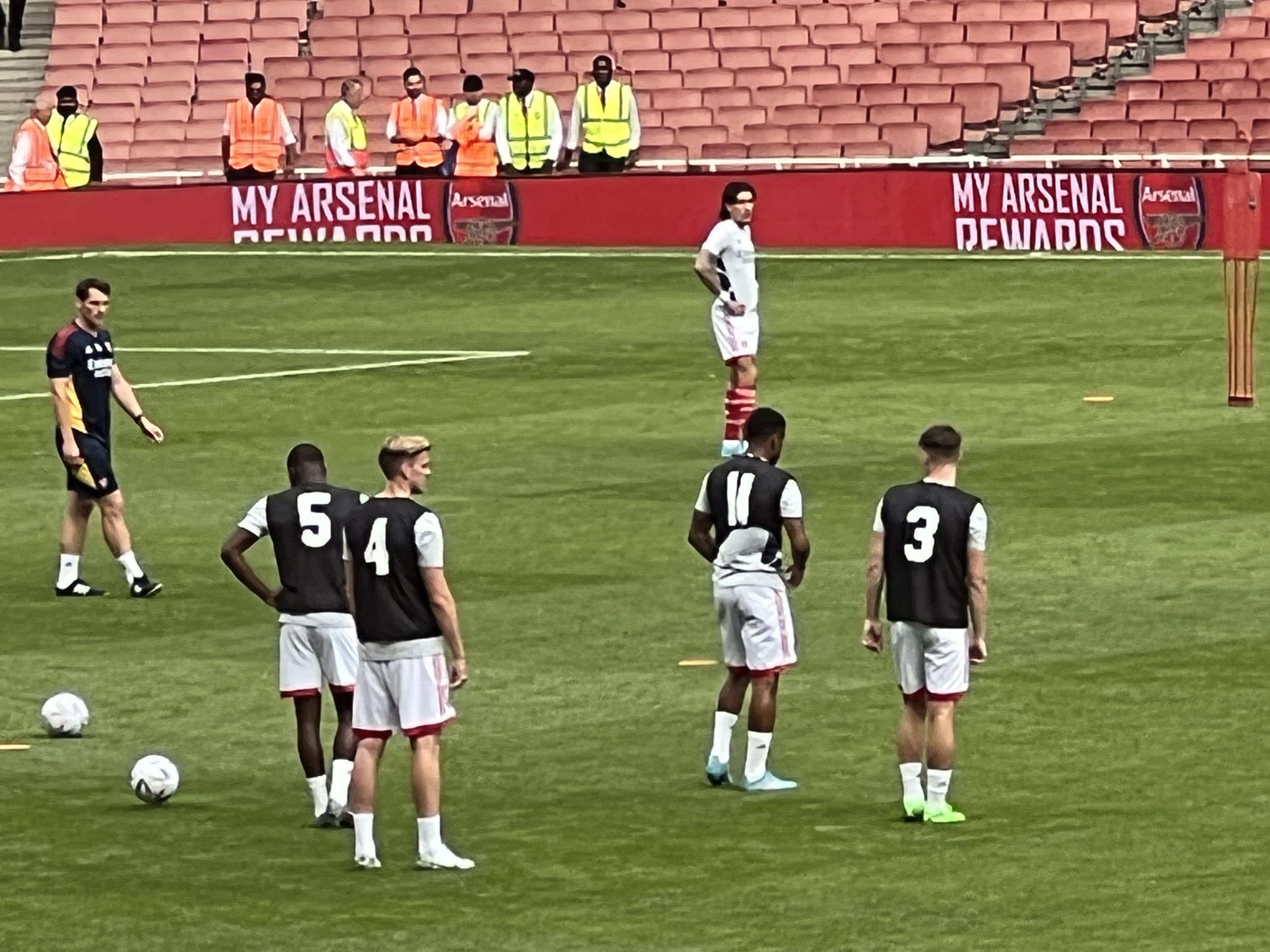 Kieran Tierney has taken part in a post-match warm-down at the Emirates following Arsenal's 6-0 thrashing of Seville on Saturday lunchtime.

Despite the Scottish international not being included on the substitutes bench, the Gunners left-back participated in an official squad warm-down after the match.

The former Celtic defender, who has been troubled by a succession of injuries following his move from Celtic Park in the summer of 2019 has, took part in the post-match activities which included sprints and a short-sided game.

Good to see Kieran Tierney involved in Arsenal’s post-match warm-down here at the Emirates after the Gunners beat Seville 6-0 pic.twitter.com/WdEivTxPFw

Gabriel Jesus grabbed a hat-trick as Arsenal wound-up their pre-season with an impressive 6-0 win over sorry Sevilla.

Arsenal's new Brazilian Jesus, scored two goals in three minutes in his first match at the Emirates, before adding a third in the 76th minute.

Bukayo Saka scored a brace, including an early penalty, with Eddie Nketiah adding a sixth after a sweeping move started by Granit Xhaka's nutmeg, in the 89th minute.