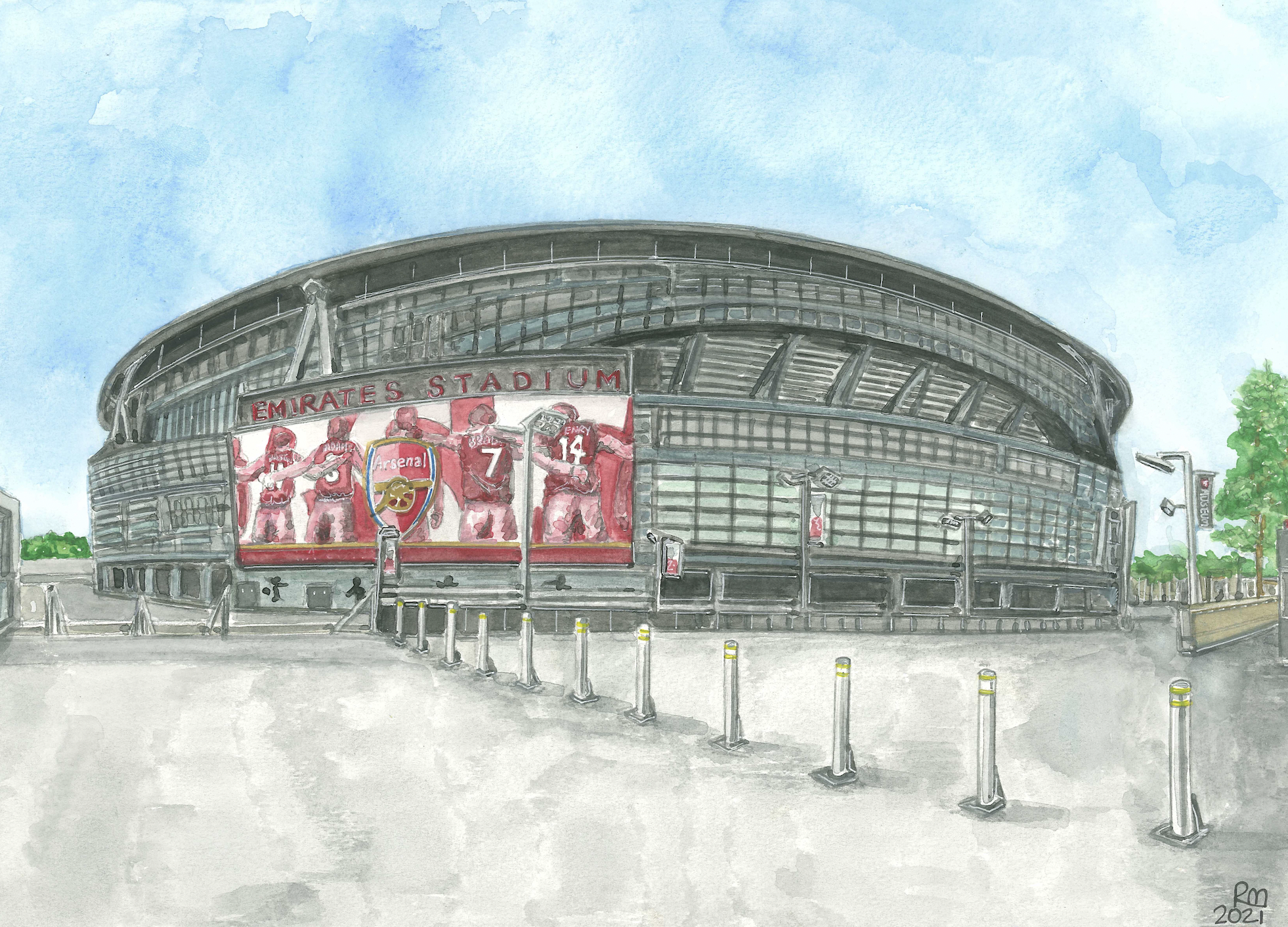 Image by Ruth Beck. See the print version of the Gooner Fanzine for more of Ruth's outstanding Arsenal and iconic North London artwork

Arsenal's Premier League meeting with Manchester City, originally scheduled for Wednesday, October 19, has been postponed to allow for the rearrangement of the Gunners' Europa League match against PSV Eindhoven.

Arsenal said in a club statement: "Our UEFA Europa League home fixture against PSV Eindhoven, postponed after the passing of Her Majesty Queen Elizabeth II, has been rescheduled for Thursday 20 October, kicking off at 6pm."

The club added that they are working with the authorities to reschedule the Manchester City match and any tickets (including those purchased via Ticket Exchange or received via Ticket Transfer) and/or hospitality packages purchased for this fixture will be valid for the rescheduled date.