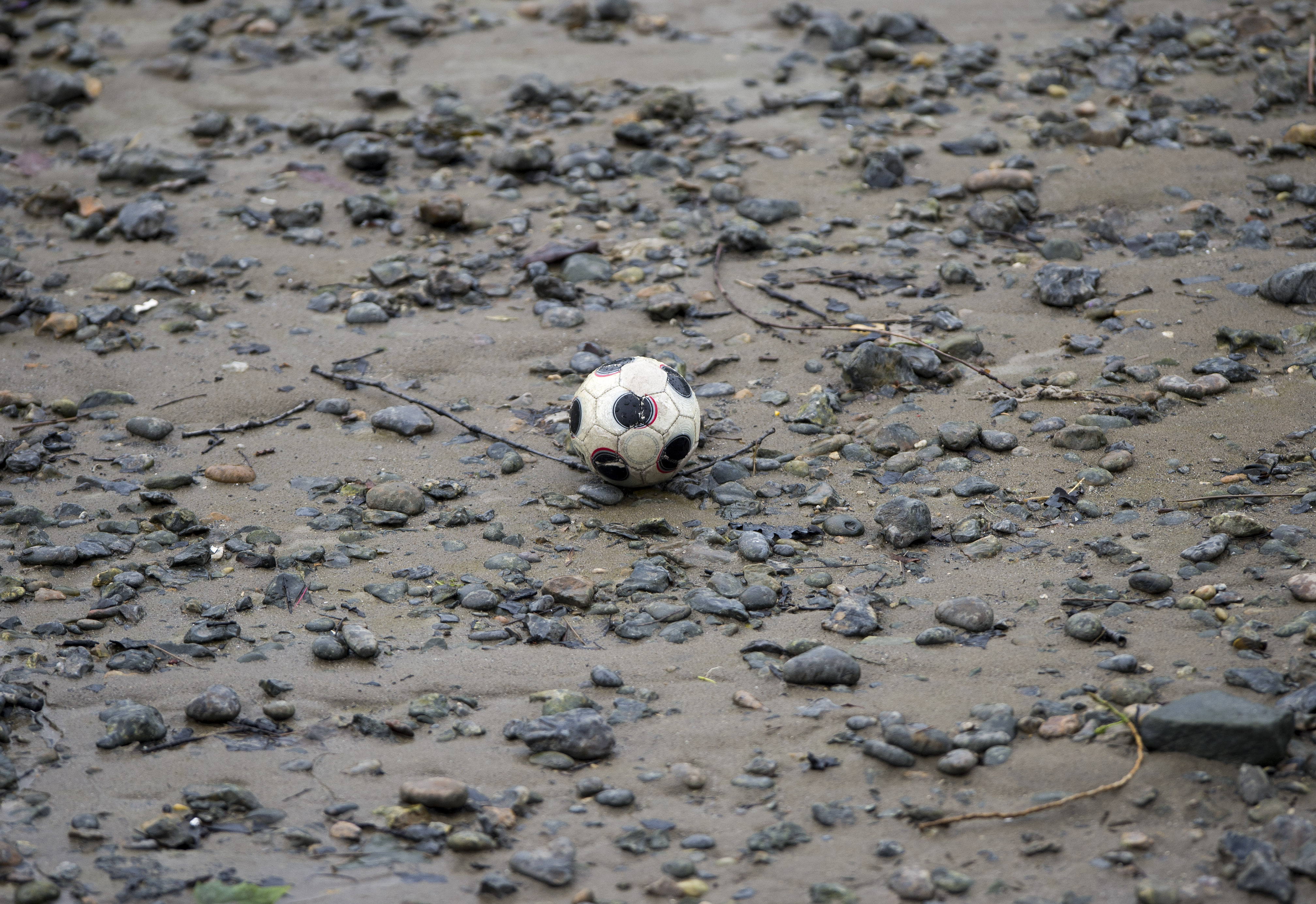 A football lays washed up on the bank of the River Thames beside Fulham football club, Fulham v Arsenal, August 24, 2013. See our Rewind piece for more on this game. CREDIT: Marc Atkins / Offside

With table-topping Arsenal set to host Fulham on Saturday as Mikel Arteta's impessive side aim to continue their unbeaten run, we take a look back at five previous memorable matches in this fixture.

Read on for the Gooner Fanzine's Rewind: Five Memorable Matches between Arsenal and Fulham

With Adebayor scoring two and an impressive Rosicky netting the other, the result was never in doubt once the first goal went in. Many observers sagely noted that Arsenal owed a lot to Alexander Hleb for his unsung performance, prompting attacks and looking to move the ball forward at every opportunity. It was a shame the Belorussian joined that large group of players who thought the grass was greener elsewhere. “I made a big mistake leaving Arsenal”, he moaned after ending up on the Birmingham City bench via Barcelona. You did Alex. You did.

Four days after 9/11, an impeccable minute’s silence was held before the start of the first league meeting between the Cottagers and the Gunners since the Vietnam War. Craven Cottage was still a standing venue back then as Fulham had special dispensation from the Premier League which allowed them extra leeway due to their swift rise through the leagues after Al-Fayed had bought them. I remember buying a ticket off a tout who not only spoke out of the side of his mouth but made me wait in a café near Parsons Green for the ticket to arrive. It was worth the wait.

Freddie Ljungberg gave the visitors a first-half lead but Steed Malbranque levelled just after half-time. Thierry Henry restored our lead with only eight minutes left before Dennis Bergkamp came off the bench (for Franny Jeffers) to hit the top corner in injury time with a controlled shot. It was worth the cash I’d given the tout. If I’d have known Dennis would score such a great goal I would have bought the man a breakfast in that café as well. Fast forward nine months and Arsenal were double winners. Those were the days.

Arsenal had already won the league on a never-to-be-forgotten afternoon at the Lane three weeks previously, yet this game was still important. The reason? We had an unbeaten league run to preserve. Before kick-off we were 180 minutes from immortality. (Those were the days). The late Jose Antonio Reyes slotted into an empty net after dispossessing Fulham keeper Edwin Van der Sar. It was a rare mistake from the Dutchman, who had previously saved from Freddie Ljungberg. The West London side were a tad unfortunate to lose, with Steed Malbranque and ex-Arsenal youngster Moritz Volz nearly equalising as the home side had the better of their last match at Loftus Road – due to the Cottage finally being upgraded to an all-seater stadium that season.

A friend and I managed to obtain tickets in the Ellersie Road Stand at Loftus Road. What I remember mostly of that day was watching the Arsenal end not only in full voice but dressed in full fancy dress. It was a strange sight watching Cardinals hug skeletons, nuns and Pink Panthers when Reyes’s goal went in. Another mate of ours who was in the away end actually went dressed as a matador in homage to the Spaniard who promised so much in his opening season. He even had a cape, although, to be fair, it has to be said, not all Superheroes wear capes.

When did it stop being so much fun following Arsenal away?

Archibald Leitch, a Scottish architect who had risen to prominence after building stands at Goodison, Villa Park and Ibrox Stadium, was hired to build a stand at Fulham. In a scheme costing £15,000 (a record for the time), he built a pavilion - the present-day Cottage - and the Stevenage Road Stand, in characteristic red brick style. The façade is still there and is now a listed building. This was where we sat for this game. (What was it about sitting in the home end at Fulham in those years?) The game that day was also the only time I’ve ever seen a ref change his mind about awarding a penalty after a protest from a team. No wonder the home crowd hate ref Mark Halsey to this day.

Three second-half goals from Ljungberg 62, Knight 65 og, & Reyes 71 kept our Invincibles unbeaten run alive (those were the days) but Fulham were livid at two refereeing decisions. First Halsey changed his mind about awarding a first-half penalty after our ex-Junior gunner left back - who of course nearly crashed his car in disgust on being offered £55k a week - mistimed his tackle on Andy Cole; then he disallowed a Collins John header. How we laughed as the crowd went wild. Well, as wild as a Fulham crowd can go.

Little did we know. A mere six league games later we were to lose in that infamous ‘pizzagate’ game at Old Trafford, after which nothing, arguably, has ever been the same under Wenger.

Just out of interest for those of you going on Saturday, the stand on Stevenage Road celebrated its centenary in the 2005–2006 season and, following the untimely passing of Fulham’s favourite son, former England captain Johnny Haynes, in October 2005, the Stevenage Road Stand was renamed the Johnny Haynes Stand after the club sought the opinions of Fulham supporters. The Stand and Cottage itself still remain amongst the finest examples of Archibald Leitch football architecture in existence today, and make a complete counterpoint to the awful Michael Jackson statue nearby.

Just don’t expect Mark Halsey to be there tomorrow.

Per Mertesacker’s late first-half goal earned us a tight 1-0 victory over 10-man Fulham. The game’s main talking point came on 12 minutes, when ex-Arsenal boy and supreme carrot top, Steve Sidwell, was shown a straight red card for the second consecutive match. The lad who Wenger let go after winning two Youth Cups was ordered off after he went in high on Mikel Arteta, catching him just above the ankle.

The game was notable for us hanging on at the end – as ever it feels like these days – as Fulham pressed dangerously for an equaliser that would ultimately have seen us finish fifth. In the spring sunshine, we just about managed to hang on, even if Giroud was sent off late on.

So, what will this Saturday bring? Let's hope for another three points to continue Arsenal's excellent start to the 2022-23 season.