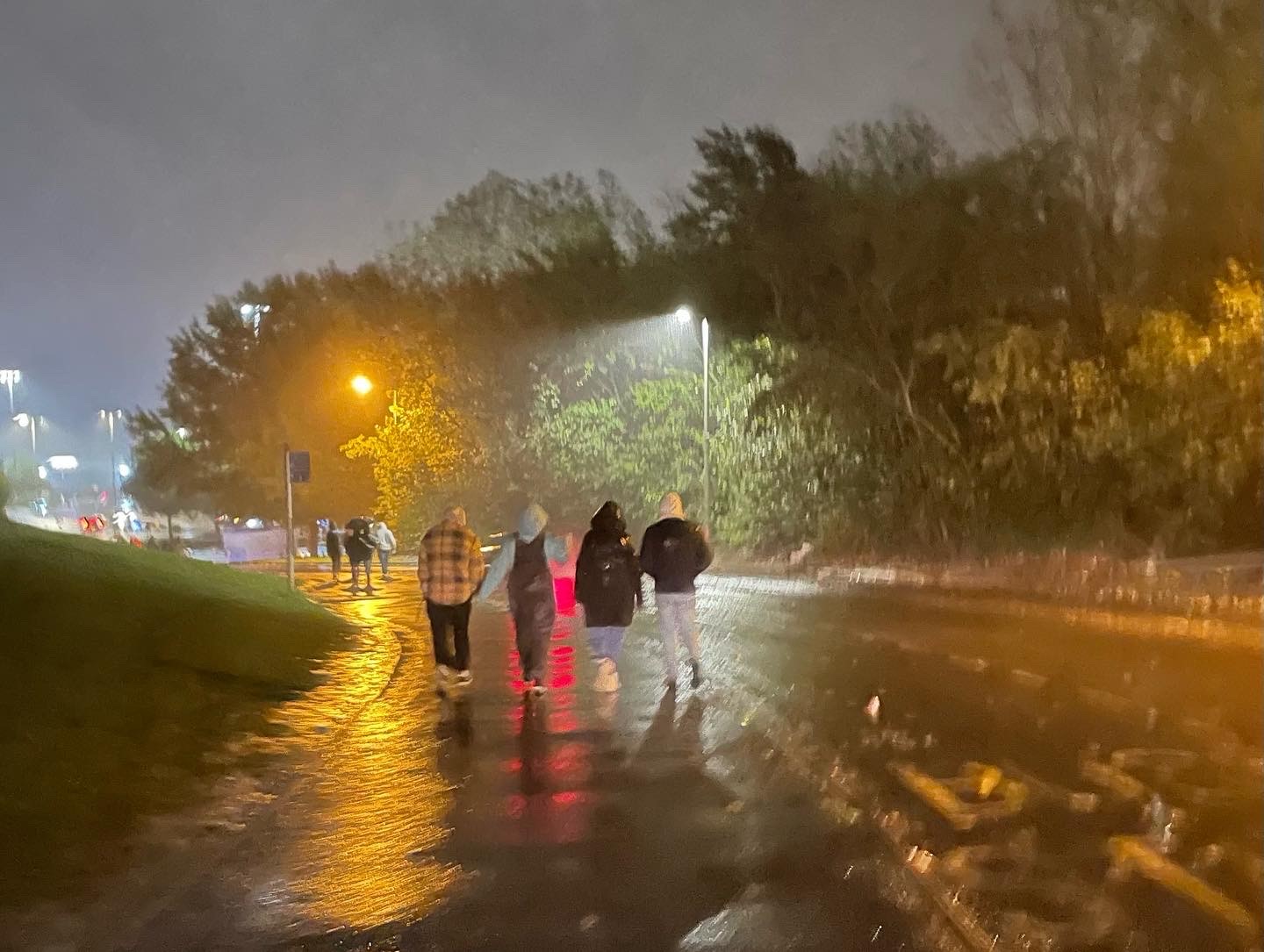 Can you do it on a wet and windy night in Berkshire. PICTURE: Loyal Gooners head to the ground on a dark and cold evening. CREDIT: Alistair Coleman

“Typical Arsenal, always trying to walk it in,” I said to the chap on my right about three seconds before Stina Blackstenius blasted the only goal of the game into the bottom corner from just outside the penalty area.

So I know what you’re thinking - this Arsenal side are good, but can they deliver the goods on a rainy Sunday night in the Madejski Stadium?

The answer is yes, but only just. And it’s officially the Select Car Leasing Stadium, but nobody calls it that in the same way that we play at Ashburton Grove.

My first live football match since The Beforetimes, those innocent days where saying “Hands Face Space” would have got the reaction “You what, mate?” and a chance to see if my attendance would curse the team. And it did, we should have been six up at the break but weren’t. Sorry.

Like the men’s squad only hours previously, the women went into the break 1-0 up, and then spent the second half doing everything in their power to let Reading equalise. The fact that the home side didn’t is down to sheer bad luck, and terrific goalkeeping from Manuela Zinsberger.

The first half stats show just how good Arsenal were in the first 45. Always on the attack, always probing, and - Blackstenius’ goal aside - always trying to walk it in. Reading aren’t a bad side - they were well-drilled and determined, but they were  thoroughly outclassed by Arsenal, who should have put the game to bed within the first 30 seconds.

And Kim Little should have settled it ten minutes into the second. Her penalty - given for a handball that none of the 3,611 paying punters saw but the referee did - was too close to the keeper who made an excellent save.

That escape seemed to give Reading confidence, and after not having a single shot in the first half, noticed that Arsenal was there for the taking.

So anybody who had survived after watching the 1-0 win at Leeds (and I’d say that was about half of the club record crowd in the Mad Stad), were given a thorough going over as Reading pummelled the Arsenal goal in the closing stages. They could - should - have scored a deserved equaliser but Zinsberger saved the day as the skies opened.

There was a brass band at half-time, stationed halfway up the unoccupied North Stand, and it’s to the drummer that I’m going to give player of the match. Sorry Manuela Zinsberger, that’s just the way it goes.

Halftime at the Mad Stad, Arsenal 1-0 and clearly the better side, Reading well organised but determined, and excuse me but a brass band is about to break out. pic.twitter.com/otQ2QE9p8o

And living a respectable walking distance from the ground, of course it was coming down stair-rods come full-time.

I could have stayed home and watched the match on Sky and/or the Strictly results show and stayed dry.

But what’s the point in that?

Can @ArsenalWFC do it on a rainy October night in Reading? Yes, but only just. Swam home. Soaked. pic.twitter.com/et8kbK5JCG

Read Alister Coleman in every print issue of the Gooner Fanzine. Edition 296 wil be out on Thursday for Arsenal vs PSV. Pre-order it here