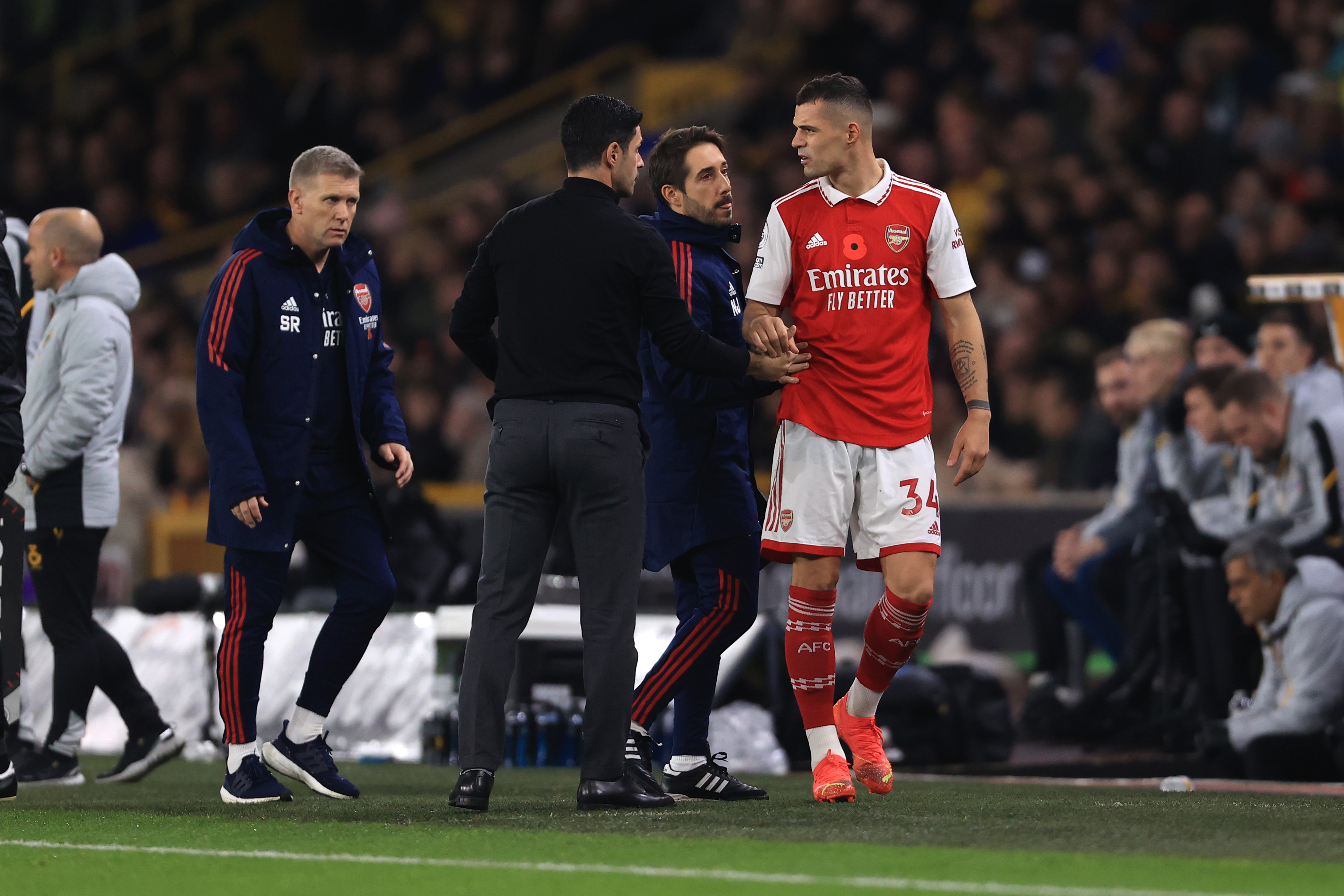 For the second consecutive time this season, Granit Xhaka has been named as Arsenal’s player of the month.

The Swiss international featured in all of Arsenal’s nine games in what was a hectic month for the Gunners, winning 42% of the fans’ vote to be crowned as October's favourite.

The month started memorably for Arsenal, and for Xhaka too who clinched a decisive third goal in the North London Derby win against Tottenham on the opening day of the month.

The midfielder added twice more to his goal tally netting in the Europa League against PSV Eindhoven and then against Southampton in a challenging draw at St Mary’s.

The form of Xhaka has been spoken about often this season, particularly with reference to what looked to be the end of his Arsenal career just three years ago in an ugly ordeal at the Emirates.

It’s hard to reflect on that being the same player, with Xhaka’s form being one thing to celebrate, but pairing his growth and maturity with that to take his game to the next level has unleashed a new found intensity going forward to the players locker.

Just behind Xhaka as player of the month came his midfield partner, Thomas Partey, whose ascent to form in the holding role has allowed Xhaka to venture forward and showcase what we know he can do in the final third.

It’s difficult to imagine this particular Arsenal side ticking without the Swiss international, with every match securing his place as a firm starter and formidable member of this budding young squad.

It’s been a memorable season just three months into the campaign with Arsenal’s number 34 hitting 200 Premier League appearances for the club, becoming just the 17th player to do so.