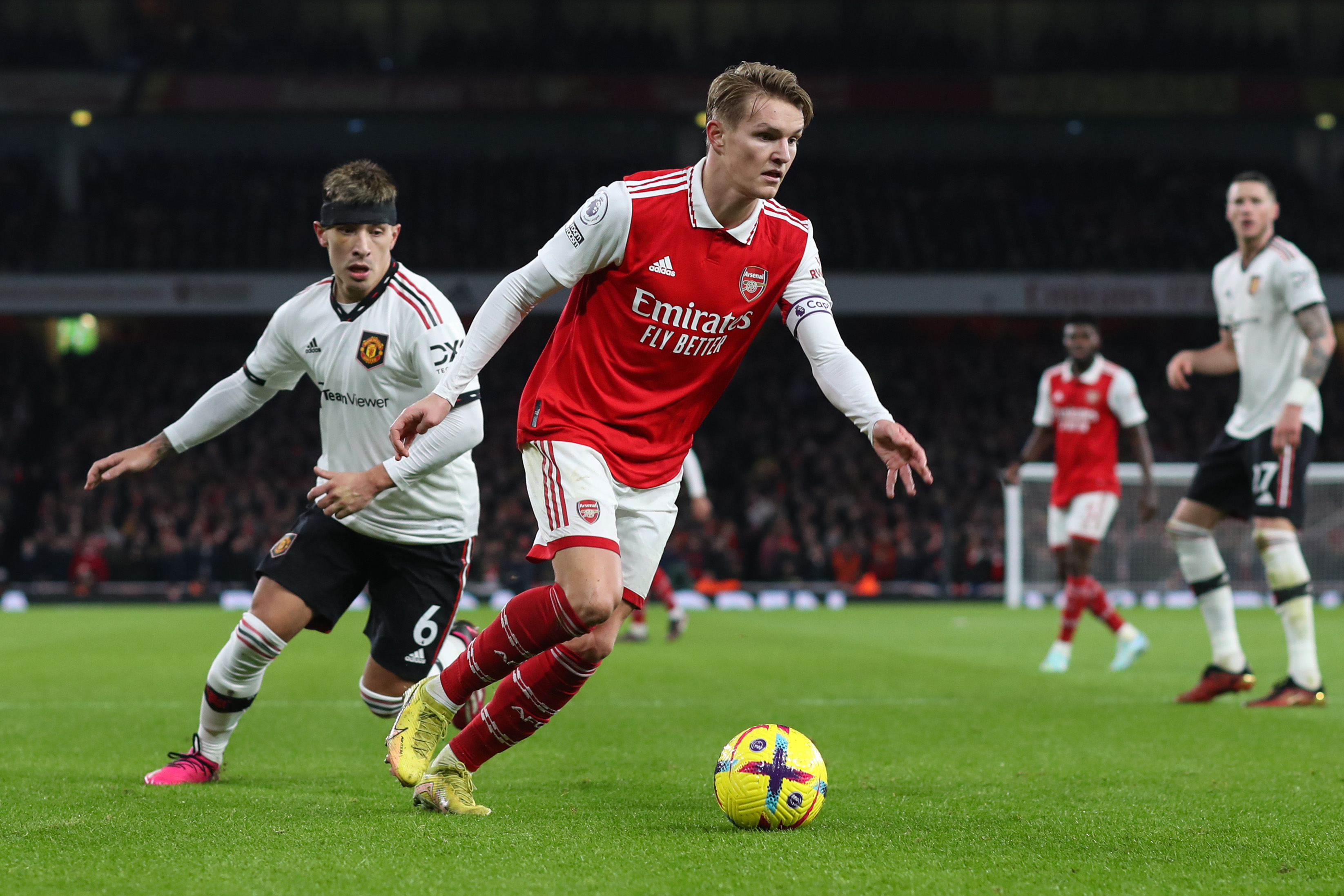 Martin Odegaard’s performance inside a pulsating Emirates Stadium last night demonstrated that he is becoming every inch a leader at Arsenal.

Previously considered by many Arsenal fans the sort of skipper that showed the way forward via his performance rather than his voice, the Norwegian has proved he can play the part of conductor-in-chief just as well.

Following United’s first goal, his gesticulation towards the stands got the crowd up, which in turn got the players going again.

Another example of the influence the supporters have when they speak with one encouraging voice. Odegaard’s understanding of that is clear.

Just as clear is Arsenal’s No8 sense of his surroundings when receiving the ball; his first time sweep out to an advancing Alex Zinchencko in the first half demonstrated this perfectly.

Seemingly always selecting the right option, the 24-year-old fed the ball to Granit Xhaka who swung in to see Eddie Nketiah head home the equaliser.

In the final moments of the game, he got the assist his performance deserved, albeit somewhat fortuitously, as his pass ballooned off a stretching Fred into the path of Nketiah.

That win, that statement win, will further burnish Arsenal’s title credentials. Led from the front by a skipper who is as adept at subtle through balls as he is at bringing the Emirates to crescendo when he knows his teammates need rousing.

Martin Odegaard is an orchestrator on the ball and off it. As the post-match celebrations took off to the tune of Rocking All Over The World, the Arsenal captain was first to salute the Ashburton Army in the Clock End, before making his way round via the East Stand, North Bank and West Stand.

He gets it. He really gets it. His captaincy, his ability to connect the supporters with the team, will be essential as Mikel Arteta’s side make an historic title charge.