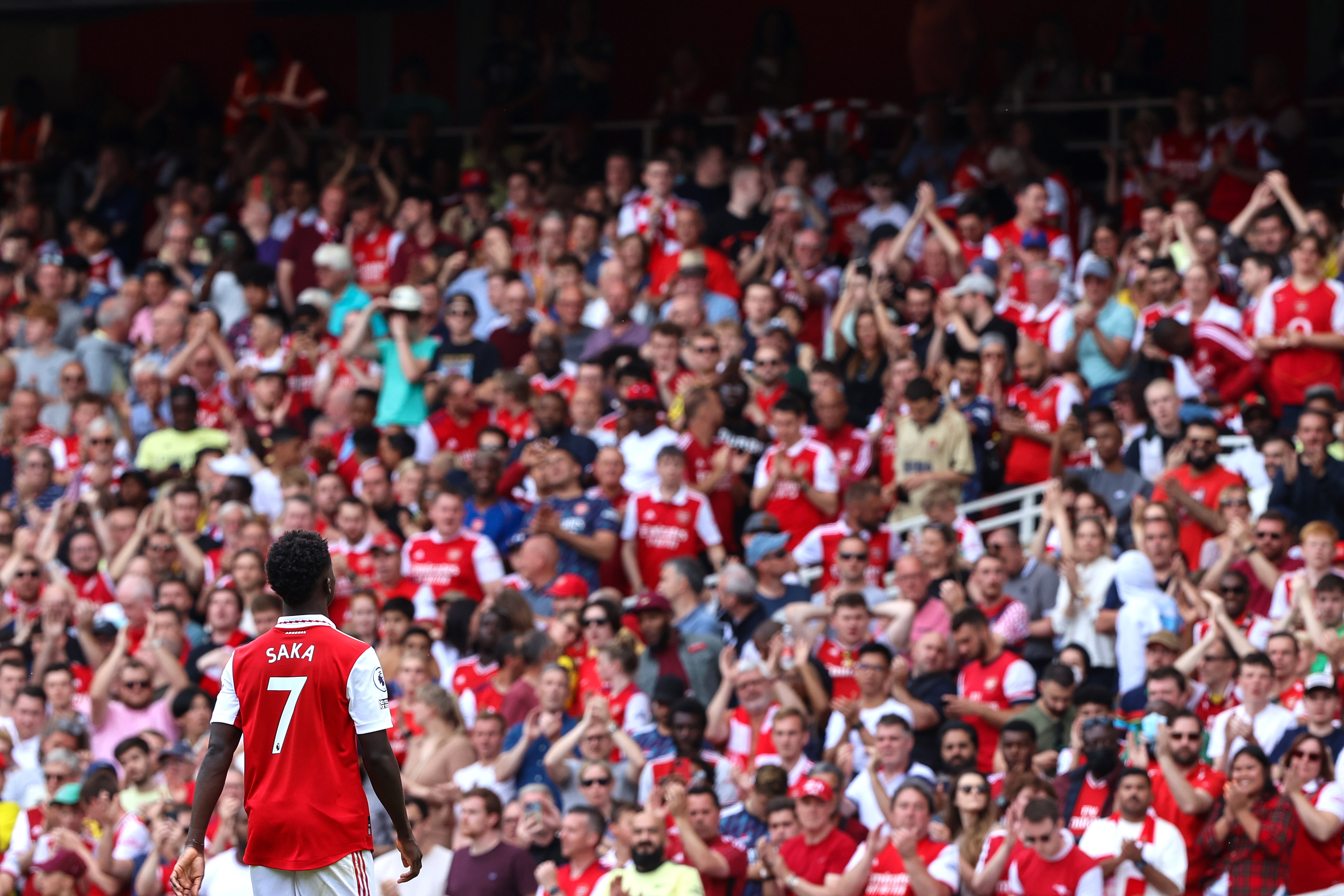 Arsenal is my happy place, as unhappy as I may always seem, and my home, says loyal Gooner Lowell Hornby as he reflects on the season

Well, Norwich are useless but we knew that already.

We did our job, and it was a delightful way to end the season as we turned on the style.

It was a fantastic atmosphere, a real party, and there was no evidence of hangover or heartbreak from Monday night - on or off the pitch.

The Emirates has turned into a cauldron this season, the players have really connected with the fans, and most of the stadium staying for the lap of honour was the perfect send off, and summary of the season. It doesn’t happen for no reason, and it’s the first season I can remember where fans actually stayed to send off the players - and really meant it.

A sunny May day at the Emirates, not much beats it. A sunny May day where we go into the game having won the league (or have gotten top four) would be nicer but that will come in due course. Block 25 was buzzing as usual, and I’m not sure that they actually started the game with shirts on or they came off due to wild celebration - I’d say the latter is unlikely as Spurs went two up very early on, rendering our game virtually pointless.

North London Forever was belted out for the final time this season, as rousing and moving as it was against Leeds. It’s turning into our anthem quickly, and the atmosphere is all the better for it.

We started the game brightly, and it was a pleasure to see the team playing without the burden of pressure - and actually it was also quite nice to watch a game without feeling physically sick, as much as I’ve loved our run this year. It takes it out of you caring again! Spurs scored after 16 minutes, and after that we really knew it was all over.

Martinelli got the Europa party started with a penalty in the 27th minute, after Alex Iwobi blatantly handled the ball - which was greeted with chants of “Alex Iwobi, he’s one of our own”. Knew he’d come good. Nketiah doubled the lead four minutes later, and we were cruising. Annoyingly the mood was dampened just before halftime, as we absolutely switched off and allowed Van De Beek to cruise in to pull one back.

The second half was plain sailing, and a blissful battering that we haven’t actually seen for a while. A lovely corner routine in the 57th minute kicked off the second half festivities. Cedric (yes, really) fired it perfectly into the roof of the Everton net.

Three minutes later, another corner saw the ball fall to Gabriel who got himself in on the act to make it 4-1. Xhaka and Saka were substituted off, greeted (quite emotionally in Xhaka’s case given his previous sins) with the rapturous applause that each of their seasons respectively deserved. Laca also came on, probably for one final time, before Ø capped the day with a typically beautiful goal. He jinked past one before caressing the ball into the far corner. 5-1, FT and the curtains closed on a joyous, painful season of complete chaos.

I’d say 40,000 stayed to thank the players and staff, and as I said before I think this time we all really meant it. They’ve given everything this season, and despite ultimately falling short they’ve given us a ride that none of us had buckled in for in August.

I never thought I’d feel more connected with Arsenal than I always have - how wrong I was. Travelling, celebrating wildly with random people like you’ve known them your whole life, the pain of defeat so far from home, the joy of victory on enemy territory - it’s all made me fall in love even more. All of this accompanied by the (overall) success of the youngest side in the league, with a manager that (most) fans really trust and a unity among the supporters like I’ve never seen before.

Despite it ending in tears at Newcastle, I’ve loved every minute of this season. Being hated by rival clubs again, talked about again, caring again. There’s direction, a new found spirit and hope.

This season has made me fall in love with Arsenal all over again, and for the first time I really feel like I know what it all means to me in a wider sense than just the football. It’s my happy place, as unhappy as I may always seem, and my home.

It’s all I’ve really known and all I will know for certain - I’m Arsenal.

It’s my family, and although sometimes painfully dysfunctional, I wouldn’t think about changing it - and this season has made me feel more a part of it than I ever have.

Next season will bring new hope, joy and pain - and I absolutely cannot wait. It’s been a pleasure.