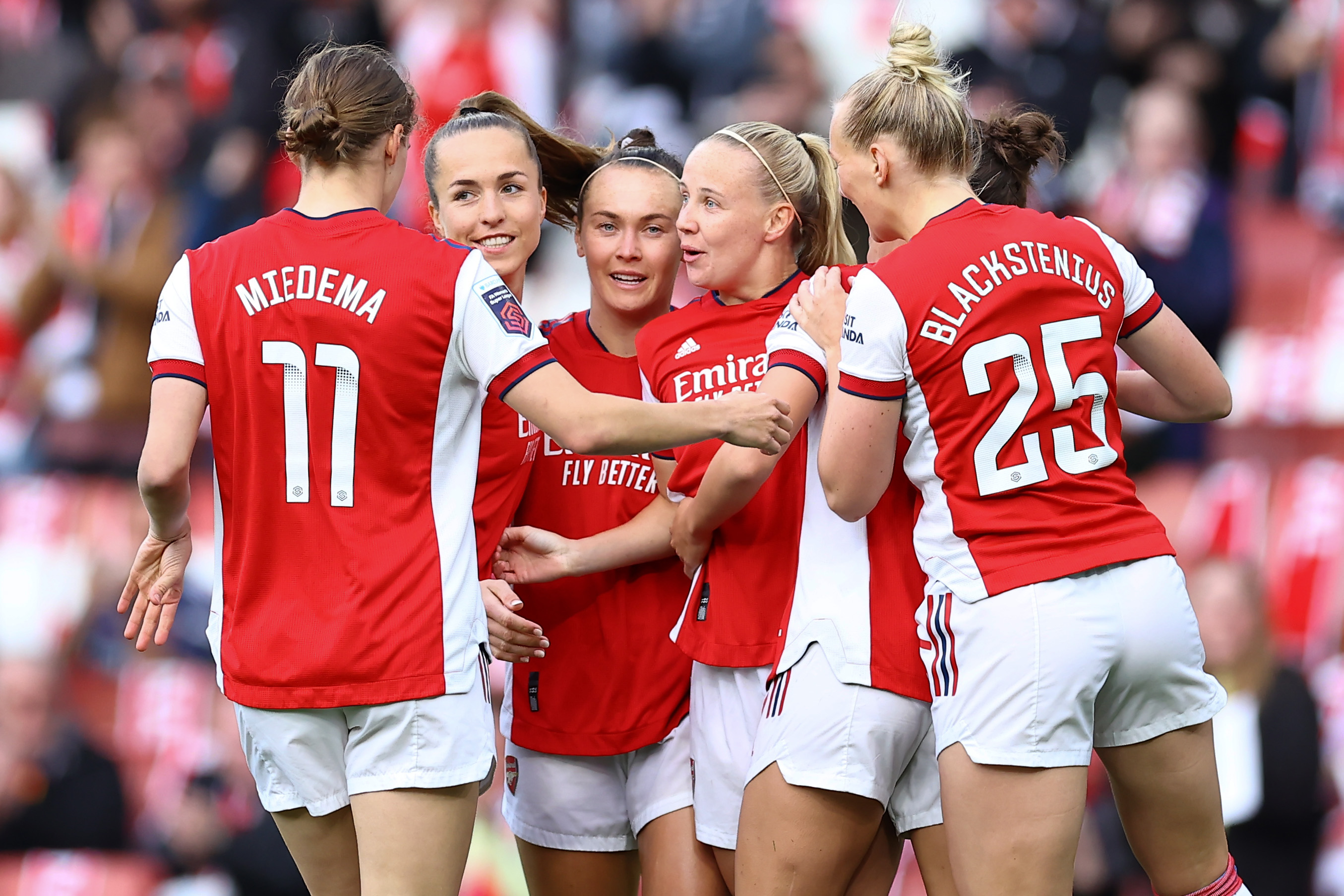 The Women's Super League title will be decided on the final day of the season after Arsenal routed sorry Spurs at the Emirates on Wednesday evening.

The Gunners were a class above their rivals to ensure they remained in contention for the title.

Beth Mead's early strike and a brace from Caitlin Foord saw Arsenal ease to within one point off leaders Chelsea.

With one game remaining the Gunners need to better Chelsea's result on the last day of the season to lift the coveted trophy.

The home side got off to an excellent start saw the lively Mead fire home the opener in under 240 seconds.

The hosts dominated with Leah Williamson building from the back with Foord forcing several saves from visitors keeper Tinja-Riikka Korpela.

Viv Miedema also came close before the interval until Foord confirmed a pleasing triumph by netting from close range, before curling in a stunning third for Arsenal in the goal of the game.

Spurs were second best to everything and their robust challenges bordered on the edge of propriety.

To add insult to injury Spurs missed a late penalty when Angela Addison's spot-kick clipped the post - much to the delight of the large number of home fans present.

The Gunners are bidding to win their first piece of silverware since 2019, while Chelsea are hoping to win a double as they also prepare to face Manchester City in the FA Cup final at Wembley on 15 May.

For Spurs, the defeat means they are now winless in seven WSL games and have still failed to beat Arsenal Women in a game.