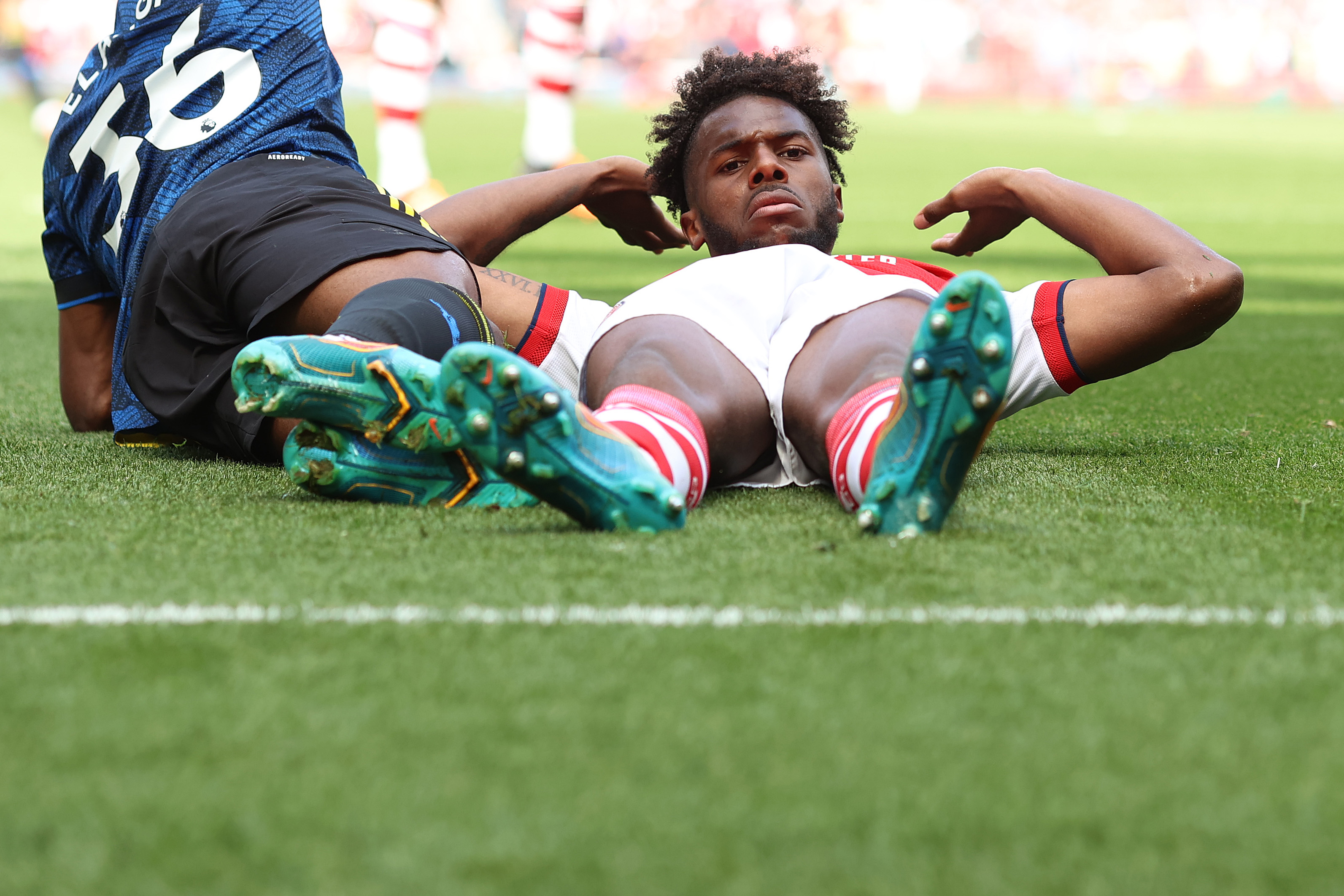 As one of the more unexpected transfers of the season, the relatively unknown Portuguese player Nuno Tavares initially turned out to be a decent choice for Arsenal. The left-back has impressed some fans during his time at the club but unfortunately failed to really sell himself to the majority over the course of the season. However, while many are quick to write the 22-year-old off and would rather see him transferred out instead of putting him out on loan, it’s important to remember the long game here. While Tavares has conflated his skills somewhat and let his ego overshadow his performance at times, it would be foolish not to consider his future potential. Here’s why we believe that some time playing in Europe could be a great opportunity for both player and team in the long run.

If you don’t know, Tavares is a Portuguese left-back who joined Arsenal on a fairly lengthy contract in July 2021. The deal cost the club around £8 million, and it was met with a mixture of reactions. Many fans were optimistic about the deal, happy that we were bringing in new blood to the team, while some were concerned that this fairly unknown player who joined from Benfica wouldn’t be the next wonder kid that some may have been hoping for. Unfortunately, while showing some definitive signs of skill and usefulness in the team, his first stint playing for Arsenal hasn’t been anything to write home about. It’s important to note that Tavares is still young, however, and has room to improve, and this should hopefully happen as he spends time on loan in Europe.

How Has He Performed For Us?

Of course, there are a number of things to consider when a player joins a new team which can lead to a less-than-expected quality in performance. Moving to a new country with people that don’t speak your first language; getting used to playing in a different league in front of a different calibre of fans, and getting to grips with playing alongside players you haven’t played with before, are all going to impact your performance in some way. Unfortunately, while he hasn’t had an abysmal start with Arsenal’s first team, Tavares hasn’t exactly pushed the boat out in terms of quality. Many of us might have started to get our hopes up when he joined, hoping he would surprise everyone and become almost a secret weapon. But due to his lack of focus on the pitch, many mistakes have been made, and this simply demonstrates a need for refinement.

What Are His Weaknesses?

First of all, it’s important we discuss his weaknesses before we move on to strengths. As these are partially the reasons, he will be leaving on loan instead of sticking with the first team. A lack of focus and concentration have been perceived to be Tavares’ primary weaknesses which aren’t really a great feature for any player, but this is especially bad for a defender. They will be acting essentially as the bulwarks of the team, blocking crosses while also gunning for assists off a counter-attack. Tavares definitely has the potential to be a great all-around full-back, but not until he can improve his concentration as well as his ability to hold onto the ball, which is severely lacking too. Let’s not forget how he talked a big game about our defensive capabilities before playing Liverpool in November, only to essentially assist Jota in scoring against us, leading to an embarrassing 4-0 loss.

What Are His Strengths?

We might be being a bit harsh right now, as for all intents and purposes, Tavares is a great player. However, he requires some significant fine-tuning. At the end of the day, we need consistency if we’re to continue on the course back to greatness, and having players on the team with something to prove can be problematic. However, his style of play, combined with his strengths, has often placed him high on people’s considerations for bets and accumulators. His ability to perform key passes and make exceptional crosses is something to be admired, as is his ability to block the ball. Holding onto it, as mentioned above, is another matter, though. These strengths, however, make a cheeky bet on him, making an assist a common consideration. Finding a betting site or online casino that offers accumulator bonuses and welcome bonuses is a great way to have a punt on something like this. You can find a list of casino sites with welcome bonuses via https://www.onlinecasinos.co.uk/.

Could He Be An Asset On His Return?

Well, that’s the million-dollar, or more specifically the eight-million-pound, question. If Tavares is to have any hope of being more than a backup choice, seeing as we’ll be looking to strengthen our defence during transfers and have Tierney back, he will need to show some big improvements during his potential loan spell. His concentration, positional awareness, and discipline will all need drastic improvements for Arteta to consider the 22-year-old as a regular starter once he returns. However, it’s worth remembering that Tavares could very well be a diamond in the rough and really does have the potential to become the ultimate full-back. He shows exceptional talent as a left-back with his precision crossing and blocking skills, but without discipline and focus, more and more mistakes will be made, such as sending the ball over for a throw-in. We simply cannot afford these mistakes, and only time will tell where he’ll be in the future.