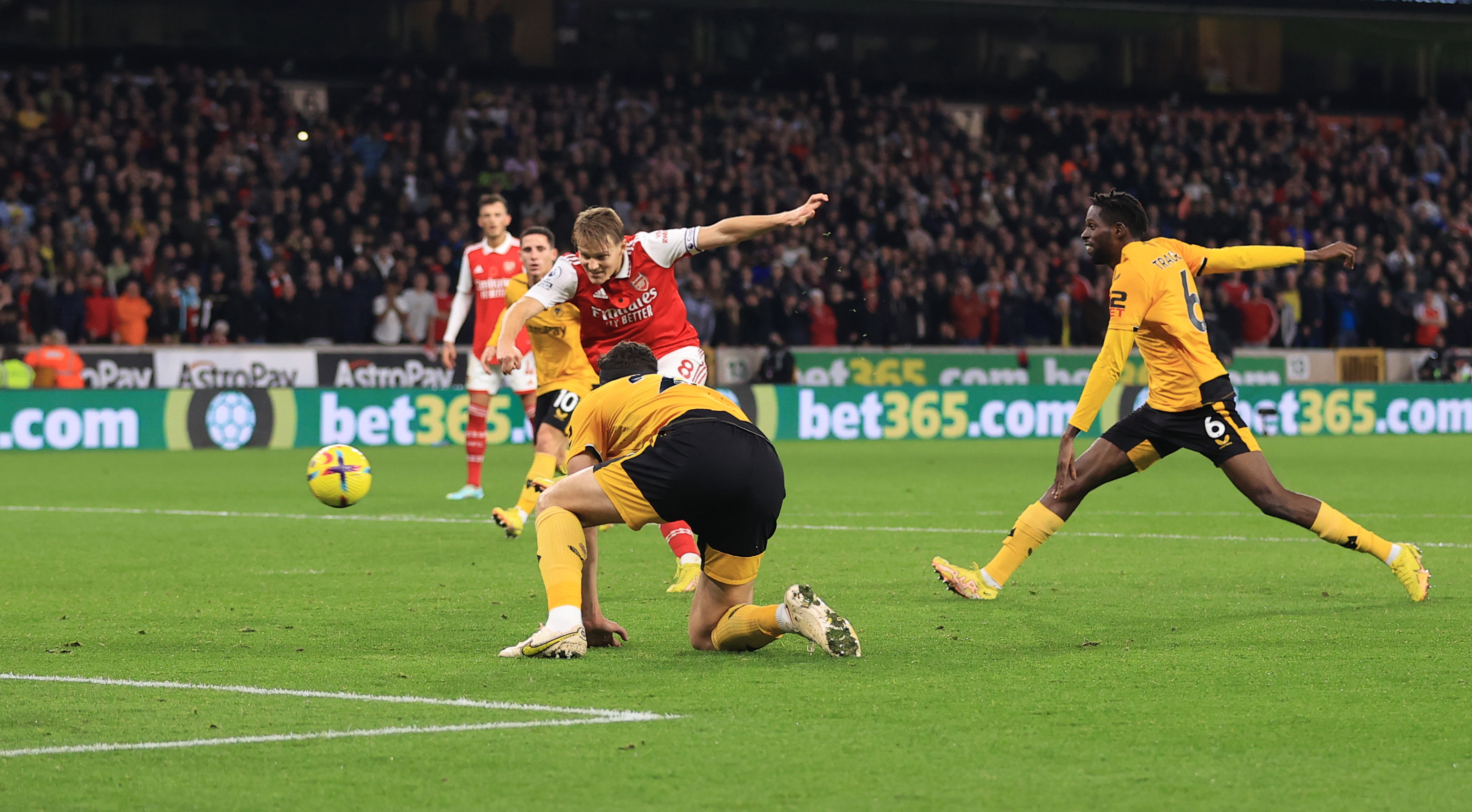 Read on for the Gooner Fanzine's Player Ratings

Aaron Ramsdale: 8/10 - Another clean sheet for the keeper who should be England's No1

Ben White: 8/10 - A superb display that confirmed once again just why the classy defender has been picked by the Three Lions for the forthconing World Cup

William Saliba: 8/10 - One of the stories of the season as the young French centre-back once again showed his quality in a hostile enivironment

Granit Xhaka: 7/10 - An early departure from proceedings but the Gunners held firm after such a loss

Olexsandr Zinchenko: 8/10 - A calm presence who has bolstered the squad significantly since his arrival in the summer

Bukayo Saka: 8/10 - Another lively display that underscores his superb talent

Martin Odegaard: 9/10 - Another away double for the increasingly influential Arsenal captain whose work rate is as impressive as his creativity is majestic

Gabriel Jesus: 8/10 - Ok, so his longed-for goal still didn't materialise - but once again it wasn't through lack of effort. Imagine the celebrations when the popular Brazilian does eventually break his goal drought

Gabi Martinelli: 8.5/10 - Never, ever lets the opposition backline settle - a hugely satisfying performance, not least because it helped his side to go into the World Cup break five points clear - but also because he showed great maturity after his 30 second sending off here previously

SUB: Fabio Vieira (15' for Xhaka) - 7.5/10 - Struggled initially amid such hectic surroudings but grew into the match to provide a second half assist for Odegaard

Memo to the Celebration Police. The Arsenal players and travelling Gooners are celebrating a hard-fought win at a Wolves and does not involve any presumption of arrogance. Thanks in advance pic.twitter.com/qJ8s4Ylqjy