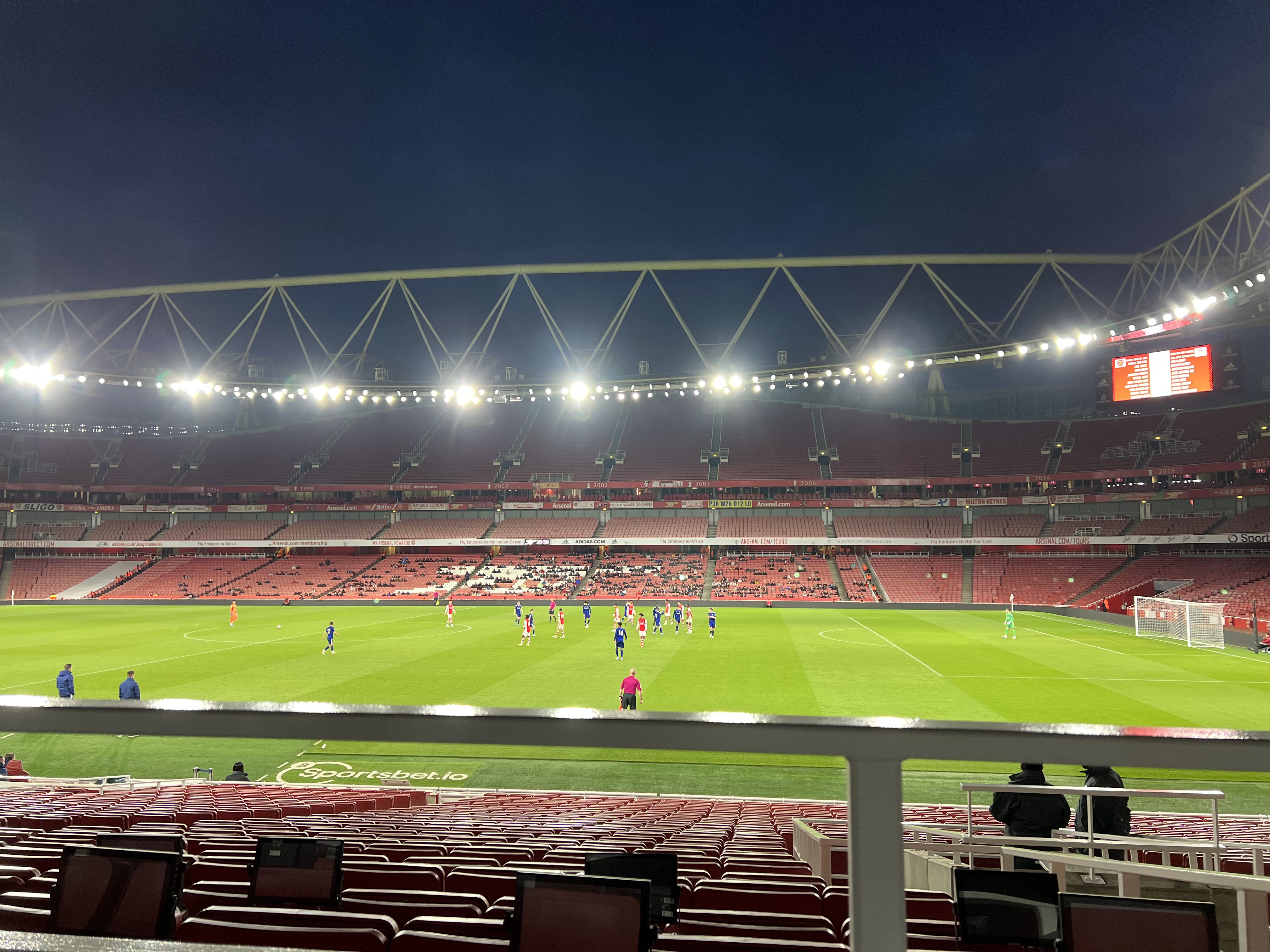 Arsenal U23s drew 1-1 with Leeds United U23s on Friday evening at the Emirates.

Canadian-born Mexico international Marcelo Flores put the Young Guns ahead in the final PL2 match of the season, prior to Scott McGuirk levelling for the visitors.

The influential Charlie Patino captained the side and shone throughout. Find out which other players from Kevin Betsy's team impressed.

It was a tactically intriguing but fairly uneventful game between Arsenal and Leeds’ U23s, writes Lowell Hornby - finishing with the scores level between the two. Here are my player ratings:

He had very little to do in terms of non-routine saves for the most part (apart from a fantastic last minute save), but dealt with anything at his goal competently. He also impressed me with his feet.

He got exposed a lot by Leeds’s tricky number 7. He was beaten at almost every encounter with him in the first half and had a torrid time before improving slightly in the second.

He was really solid, and for the most part looked really comfortable. When there was trouble for the Young Guns, he mopped up a couple of times with some great bits of last ditch defending.

I thought he was fantastic. Really commanding, and properly looked the part. Rare for someone so young to be such a presence too.

A fairly uneventful game for him, but didn’t really do much wrong. He got beat a couple of times early in the first half but apart from that was solid.

He looked very tidy, but his lack of physicality meant he couldn’t really impose himself on the game.

Again a fairly uneventful game for him. He looked competent enough, and showed some nice turns of pace to drive from deep.

Rarely seen him have a bad game, and today was no different. He looks wise beyond his years in his central’s midfield role, and glides effortlessly away from most who confront him.

He was probably Arsenal’s brightest spark, and evidently terrifies those who are tasked with defending him. He deserved his goal.

He was bright, and showed nice feet at points but often he let himself down with his decision making in the final third.

He was a real outlet for the Gunners, and held the ball and ran at defenders every time the ball came his way. He was also unlucky not to grab himself a goal late on.