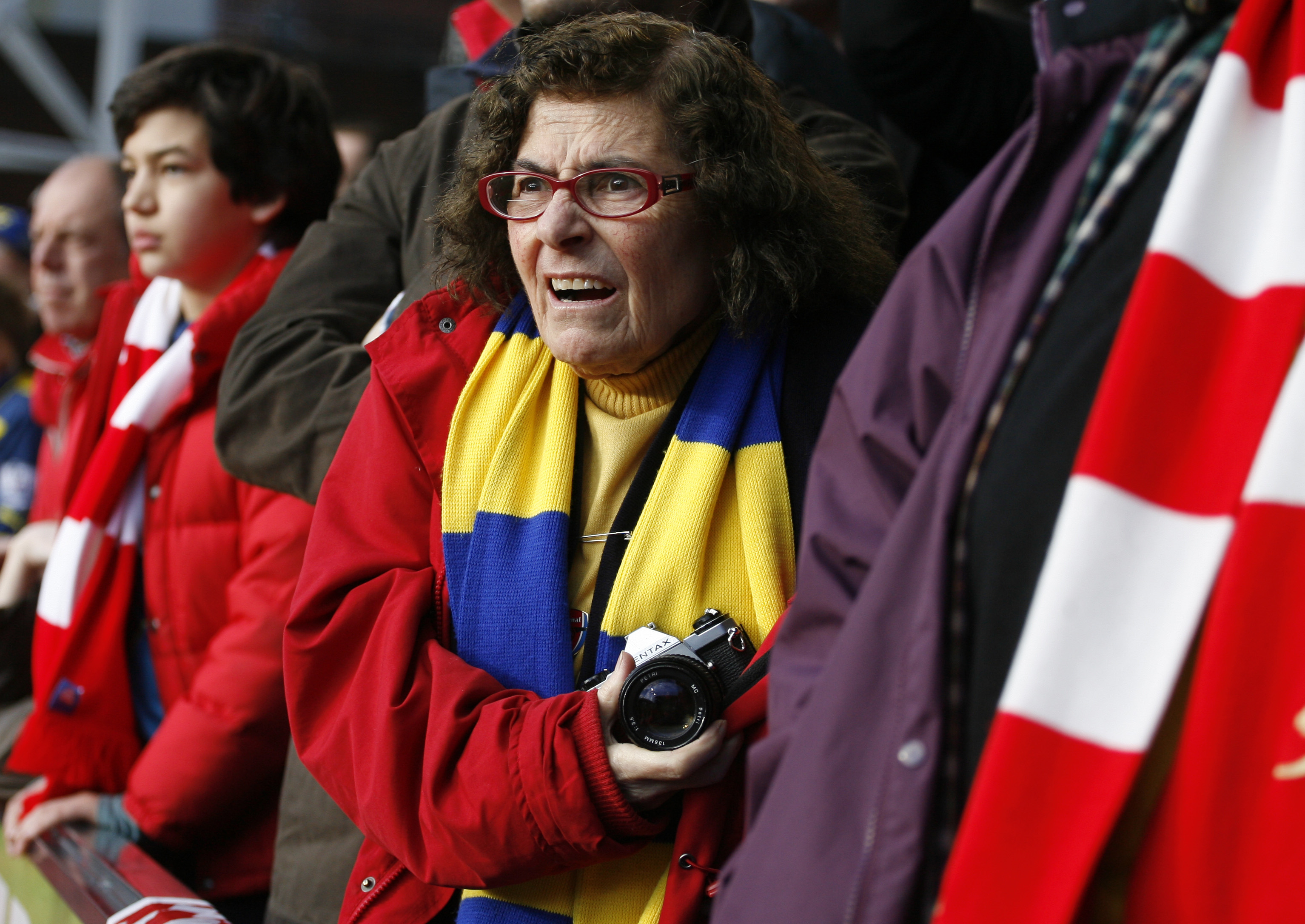 The term “legend” is bandied about with such abandon nowadays, but rarely has it been more genuinely deserved than in the case of Maria, as evidenced by the tsunami of love from the global Gooner family, upon the mournful news that she has departed this mortal coil.

To me, Maria has always been part of the furniture of awayday rituals, for as long as I can remember.

If I hadn’t bumped into her travelling to, or from a match, you’d always be guaranteed to hear the diminutive ex-schoolteacher, bellowing out her customary “Come on you Gunners”.

And I was delighted that her unstinting devotion to the Arsenal’s cause received due recognition from the club in recent years because back in the day, Maria was a one-woman public relations machine, spreading the Gooner gospel far and wide, travelling to European matches with a bag full of AFC trinkets to swap and to gift to local young larrikins.

Prior to the hyper vigilance nowadays, in times when contact with the players was still possible, Maria would make it her mission in pre-season to introduce herself to any new arrivals, by way of her personal effort to make them feel welcome at the club.

My favourite Maria anecdote dates back to our European Cup Winners Cup triumph v Parma in 1994. Three days after Smudger’s magical "1-0 to the Arsenal" in Copenhagen, our domestic campaign concluded up on Tyneside, but with St. James Park being redeveloped at the time, there was no official allocation of away match tickets, aside from a highly privileged contingent of thirty odd with AFC connections.

However, with this being the last outing of the season and with the Toon having remarkably agreed to recognise our European glory, permitting the Gunners to parade the trophy around the ground prior to kick-off (I guess the poor Geordie loves were so starved of silverware that they weren’t going to miss a rare opportunity to see some?), there was absolutely no way myself and a few hundred other Gooners were going to miss this game.

So it was that I found myself standing outside St. James Park, alongside Maria and many others who’d made the long schlep up to the North East, in the hope of finding a match ticket.

With the capacity significantly reduced due to the building work, apparently games were being broadcast live at local cinemas.

This resulted in plenty of entrepreneurial scallywags looking to make a killing from us “loadsa money” Londoners, by flogging us the vouchers from their season ticket books and then bunking in at the flicks.

Having taken it upon myself to negotiate on Maria’s behalf, she made me promise not to reveal to anyone else the extent to which we’d been willing victims of Geordie extortion, but I did at least have the good sense to ensure that our budding Stan Flashmans waited beside the turnstile, while making certain we were buying valid season ticket vouchers for this game.

The next thing I know, I only found myself standing next to Maria on the bloomin’ Gallowgate, with the Gunners about to tour the pitch with the trophy. I was positively dreading the moment when she’d be unable to resist dropping the bombshell, by belting out an announcement to all and sundry that they had the enemy in their midst.

If any of the Toon Army were to take exception to this, it’s not like they were going to lamp the little old lady, but they might well vent their wrath upon me!

Mercifully, for once, I think Maria must’ve appreciated that discretion was indeed the better part of valour and much to my great relief, when the Gunners appeared she adapted her customary refrain to “Come on you winners”!

With me being someone who, much like Maria, has always taken my supporter’s obligations literally, by bellowing out my own encouragement, I feel the only fitting tribute to the “grande dame” of the Gooner Family is for us all to open our gobs and give It some wellie in her honour.