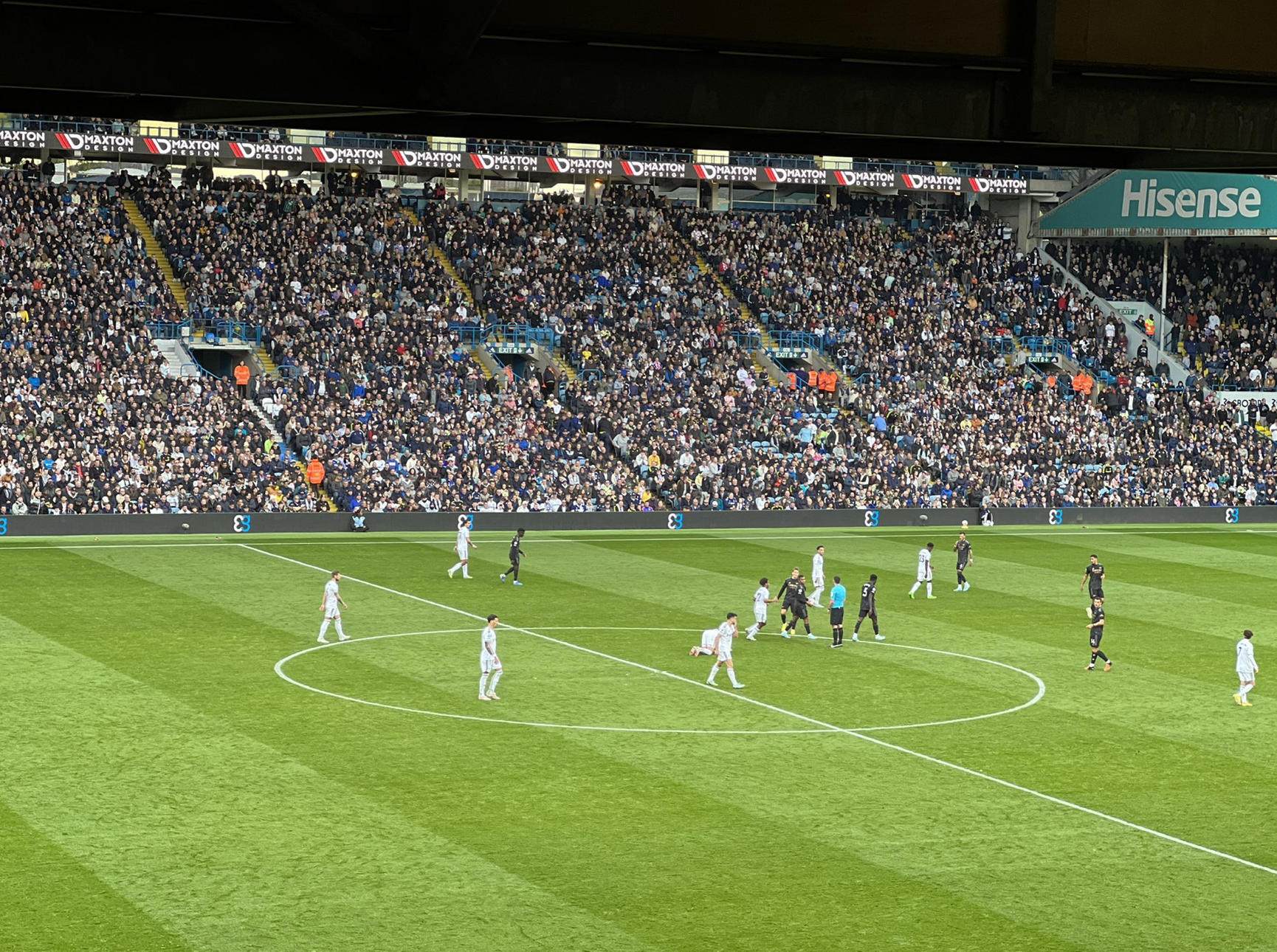 This article first appeared as Luck and Nuts POSITIVES, NEEDS and HOPES at Gunnerstown and has been published with the blessing of the author.

For more from the brilliant Mike at Gunnerstown click here

Read Mike in every print issue of the Gooner Fanzine. Pre-order issue 296 here

There have been a few points this season I’ve had to check the top left corner of my television.

You know the corner where the score resides. I feel like I can’t quite believe this is Arsenal that I’m watching and that the score is what it says that it is.

It’s almost surreal as nobody predicted this level of start. I think that I was the nut job who went most bold with my prediction of Arsenal finishing second but most thought 4th/5th.

Watching the game yesterday they were quite a few occasions that didn’t seem like they fit in an Arsenal game. Somebody missing a penalty against us. A last minute implosion that vanished in a puff of smoke. An idiotic red card that wasn’t actually idiotic. A ref that went against the home crowd pressure and reversed his decision and a handful of Leeds chances that ended with no punishment.

As if all this good fortune wasn’t enough, somehow after a fairly undeserved victory we end up four points clear at the top. My memory of being an Arsenal fan is more about blowing grand opportunities and then our opponents taken advantage of our failings as we tumble down the league and they tumble up it.

Coaches won’t admit this to players, but retrospectively they like these kinds of lucky victories. They need their team to experience every type of adversity and prove to themselves that they can still overcome it. They need their team to go to a colder climate, play on an artificial surface and then travel by train up north and still win against the odds.

And then there were nuts.

I counted two goal bound efforts saved by the goolies of Ramsdale and Gabriel. Nuts to the rescue not because of luck but because they had the nuts to sacrifice their nuts for the cause.

These same nuts are refined into courage and Arteta spotted this.

He even showed courage himself that wasn’t spotted by many. As Leeds were consistently hurting us in wide areas, he changed to a back three and pushed our wing backs forward in order to occupy their wings. This stemmed the flow and turned it to a trickle.

Courage. Another important adjective to add to the list this season.

Credit: I have been slow to give Mikel Arteta the credit he deserves this season. On Sunday, he showed how he is improving in regards to making quicker substitutions and tactical changes. Some of this is natural as he gains experience on the sidelines. The more games he coaches the wiser he gets but that entirely depends on what he believes in and how educated he is. It certainly looks like he is going to the very top of the coaching game.

Boldness: I love his boldness and noticed it again on Sunday. The timing of Ben White substitution was perfect. You should always give players the benefit of the doubt and an opportunity to rectify the situation otherwise they will play in fear of every mistake being punished by their coach. Ben White was given time but it wasn’t his day.

My favourite of Arteta’s strategies is his desire to go for the win rather than be satisfied with a ‘decent’ point. Every decent point needs three games to equal one win and so I bet if you asked him if he would’ve taken a point at Old Trafford he would say no and rightly so because we could’ve and probably should’ve won.

Hunger: Many youngsters in Saka’s position in life would be satisfied with the fame and money and improvement wouldn’t be on their radar. He has improved his physique noticeably. His end product has become consistent and he is on target for a dozen goals and assists this season. I noticed yesterday that he went to his right more than he went to his left which is a new thing. We won the game because he has worked on his right foot and is feeling more comfortable.

Fluid tactics: Yet another chapter in our development was seen yesterday. As we are now familiar with our passing patterns and vertical attacking lanes, Arteta has introduced flexibility within that. There is fluid rotation upfront regularly and yesterday Leeds had a struggle with both Jesus and Xhaka coming deep to overload the midfield and drag them out of shape. Jesse Marsch is very annoying as a person but has always been a tactically astute coach so we needed to offer some surprises.

Passing: We have also added to our switch of field passing pattern and I think we will see the fruits of that upcoming. If you watch the replay you will see that the end goal is Martinelli at the back post. From the left to the right and back to the left.

Dummies: My favourite of the new additions is the dummy in the box. Our second goal against Liverpool was the result of a dummy by Gabriel and Xhaka gave Odegaard the same opportunity yesterday. I’m betting that they practice this.

Tuner ramps up Ramsdale: Some games need a hero and that hero will often be your keeper. We hope that he doesn’t have to put his cape on too often but he seems to thrive in it. His reactions have always been good but since Matt Turner arrived I’ve seen another level of improvement.

I was aware before Matt Turner came to Arsenal that he was known in the US as the goalkeeper with the fastest reactions of all of the good keepers that this country has produced. I’m sure that this has caused a competitiveness in this area between the keepers. Ramsdale won’t want Matt Turner to be superior in any area of the game.

This article first appeared as Luck and Nuts POSITIVES, NEEDS and HOPES at Gunnerstown and has been published with the blessing of the author.

For more from the brilliant Mike at Gunnerstown click here

Read Mike in every print issue of the Gooner Fanzine. Pre-order issue 296 here