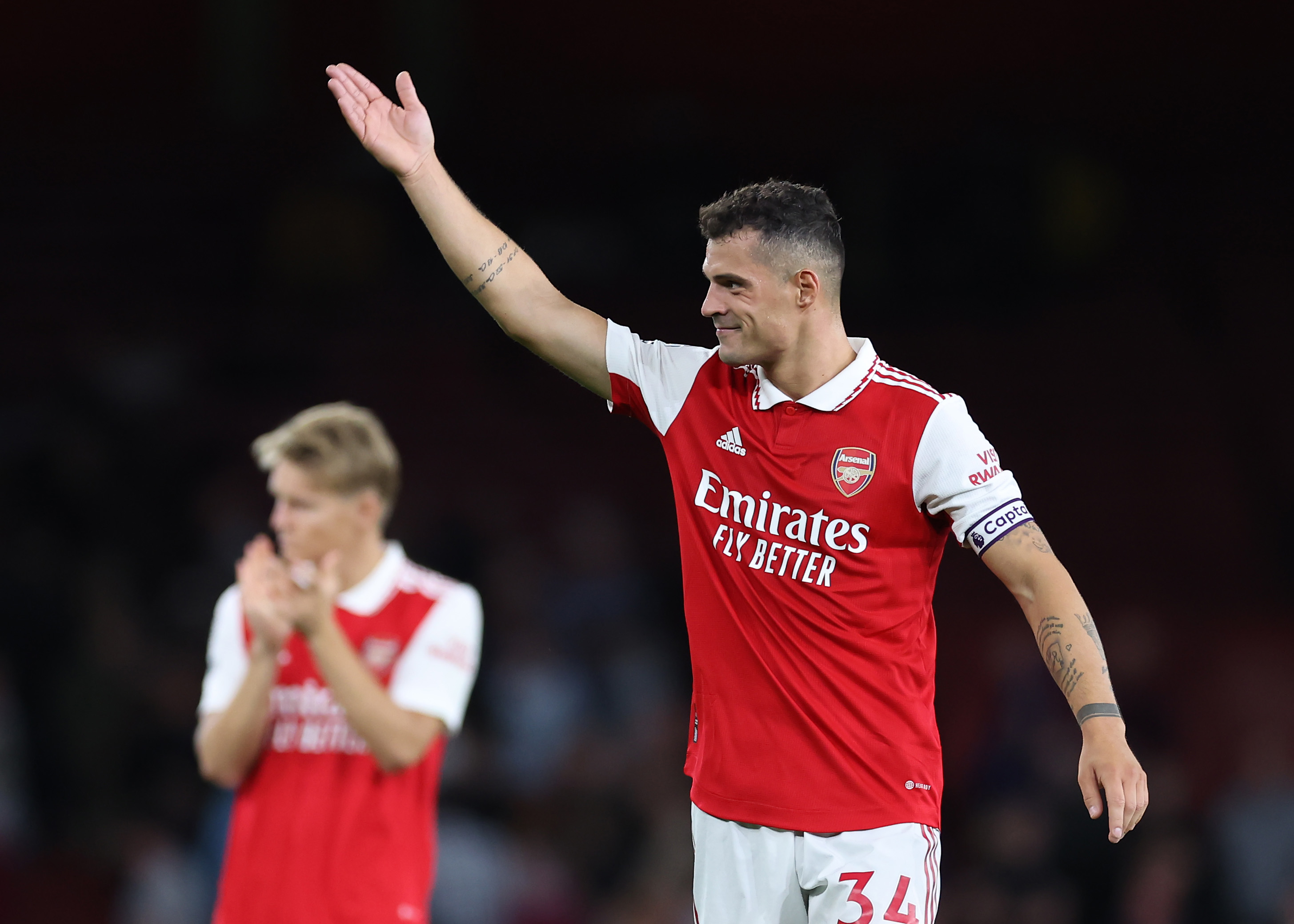 As the clock ticked over into the 25th minute of last night’s game a loose ball in the middle third of the pitch landed right in between Granit Xhaka and Aston Villa midfielder Boubacar Kamara. Each player had to travel about 5 metres to get to the ball.

The Xhaka of previous seasons may have glazed over and seen the opportunity to charge in and make a reckless challenge, in what was a quintessential 50/50.

The 2022/23 Xhaka made the perfect decision to allow Kamara to get to the ball but then exert pressure on his turn, which resulted in the ball ending up in Arsenal possession just seconds later.

The Swiss star has polarised opinion since his arrival in 2016, but deserves genuine levels of respect and adoration for the way he has put a roller coaster first five years behind him and become an indispensable part of our ‘first XI’.

He didn’t just show balance and maturity in his all-round play, but also the way he protected central partner Sambi Lokonga and encouraged him into the game after a rough first 10 minutes for the Belgian youngster.

Lokonga eventually grew into the game and was a vital part of the 2-1 success, which didn’t come without its share of midfield physicality and rough-housing.

There’s a reason Xhaka has been a mainstay in the transition from Wenger to Emery and now Arteta’s Arsenal, hopefully now everyone can see it.

Most Gooners could have been forgiven for approaching the two home games at the end of August thinking they would see plenty of goals and comfortable wins at the Emirates.

After all, the opposition were relegation favourites Fulham and an Aston Villa side struggling for points. The Premier League doesn’t give up points that easily though, and some people might be undervaluing our incredible ‘five from five’ start to the campaign.

Contrast this start with Arteta’s first full season as manager, 2020/21, that year we had to wait until Boxing Day to mark our fifth league win!

The great man’s Invincibles also couldn’t manage a 5-star start to the season despite having the relative ease of a Portsmouth team, that eventually finished bottom-half of the table with 45pts, as opponents - snatching a 1-1 draw at Highbury (a game we would have lost if VAR had been a thing back then!).

So remember you can only beat what’s in front of you and, of course, it cannot last, but enjoy it while you can.

3) Premier League referees will be our toughest opponents this season…

Not that it’s likely in our current position, but if Mikel Arteta is ever shown the door before his contract is up at the Emirates, then he’d have a pretty good case to argue out his dismissal with a compilation of all the times he has been extremely hard done by from Premier League officiating.

Last night wasn’t the most blatant display of bad refereeing, but still gave glimpses of the sort of thing we are up against in every single fixture. Arsenal players do not seem to get the customary ‘warning foul’ before being shown a yellow card. VAR checks now seem to need to be absolutely beyond any doubt whatsoever to go in our favour – the penalty incident with Saka and the Villa goal good examples of this.

And, although I’ve said many times that it’s criminal our players can’t take a proper throw-in, we seem to be the only team regularly penalised for foul throws, despite the fact that our opponents are taking full advantage of the relaxed threshold for these to be called in the current era.

Villa had three very blatant ones near my seat yesterday, including a foot way over the line in the incident that came just before their goal, which incidentally came from a corner that never was.

Make no mistake we are going to have to have a real change in luck for a referee not to put our run in jeopardy – especially as we now head to the place where the worst ref performance in the division cost us 50-unbeaten!