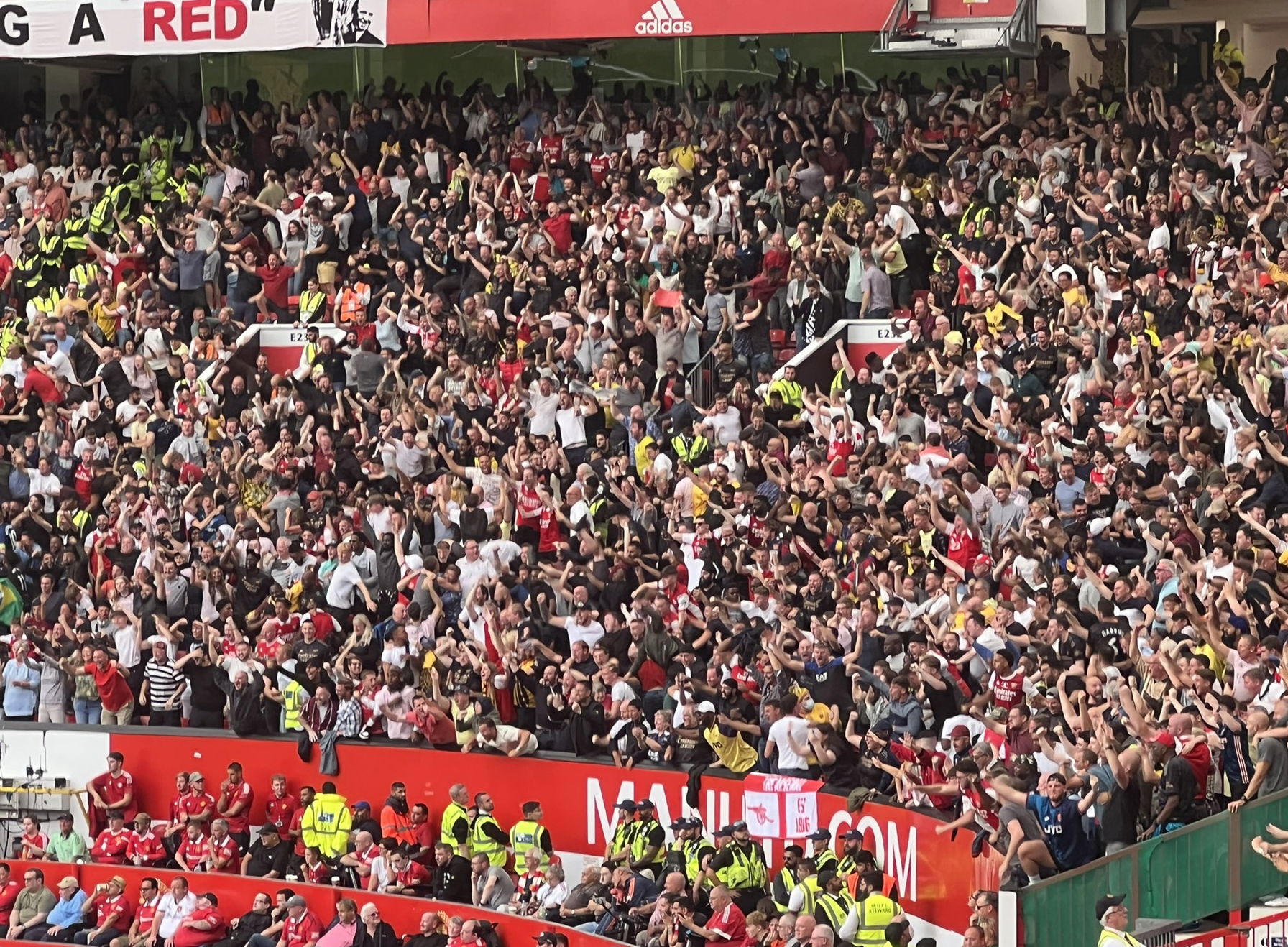 The 2004 FA Cup Semi-Final at Villa Park, also against Manchester United, saw Arsenal finish the game with Bergkamp, Henry, Kanu, Ljungberg and Reyes all on the pitch as we chased an equaliser to cancel out a Paul Scholes first-half opener.

That gung-ho approach just led to more possession being given up in midfield – where even the great Patrick Vieira couldn’t do it all on his own – and very little attacking threat despite the abundance of riches.

All teams need balance, even when chasing the game, something broadly more excusable in cup football, but not in the Premier League in an away game at a huge rival.

Arteta’s inclination to abandon his full-backs and rely heavily on his centre-backs and a heavily stretched Granit Xhaka in midfield, ensured that United made this scoreline look far more dominant than they had actually been.

It’s no disgrace to draw a game or conservatively approach playing your way back into contention for a point, especially when you’ve started so well. Which brings me to point two…

The pros and cons of appointing Mikel Arteta are long done and dusted, and most sensible fans will be behind the boss. That doesn’t mean you can’t question his decisions or results – that’s just part of being a fan – as long as it’s balanced and rational.

One of the cons of having a boss take on his first job with your team is that every single first-time mistake and teachable moment will come at your club. You can be an assistant manager season after season but the only true way of knowing the impact of a judgement call or tactical shift will be to live that as the man in the hotseat.

Therefore many of our low points over the last two and a half years, including yesterday’s result, will form angles of that curve. Look at George Graham, a meticulous operator in the dugout who came to us off the back of four successful seasons at Millwall, which no doubt honed his process of approaching matches and situations.

Yet as soon as he guided Arsenal to his unknown territory of managing in European competition, he faltered. Acknowledging himself that he’d got it wrong and learnt plenty from our 91-92 exit to Benfica, but then getting it just right by the time we entered the Cup Winners Cup in 93-94.

Let’s hope Arteta is as quick a student of the game.

A key indicator that we’re back in the big conversations in the Premier League is the amount of relish other fans took from our defeat at Old Trafford.

One of my biggest gripes with the social media age is describing people as a collective with one opinion – for instance ‘Arsenal fans think they’re going to win the league’ – when in reality they, of course, haven’t canvassed every single one of us.

I get the feeling a lot of Gooners had been a bit more bold and chipper with workmates recently and with friends who support other clubs, and rightly so after the start we had. I guess we were in for a reality check, but it also means that people are worried about what they’re seeing from the team, and that has to count for more than a one off result in one of our more difficult games of the season.

An important aspect of that reality check is to focus on what the objectives were at the start of the season.

From what we saw in ‘All Or Nothing’ I’m assuming this season Arteta’s objectives were: finish off the squad rebuild, develop the squad, finish in the top four, target a cup or two. I think most fans would have broadly similar views on margins of success or failure.

The only reason last season was so disappointing was the order in which our results came, which built expectation of a much earlier return to the top four, rather than ‘improve on two 8th placed finishes’ which was still attained by Mikel and his squad.