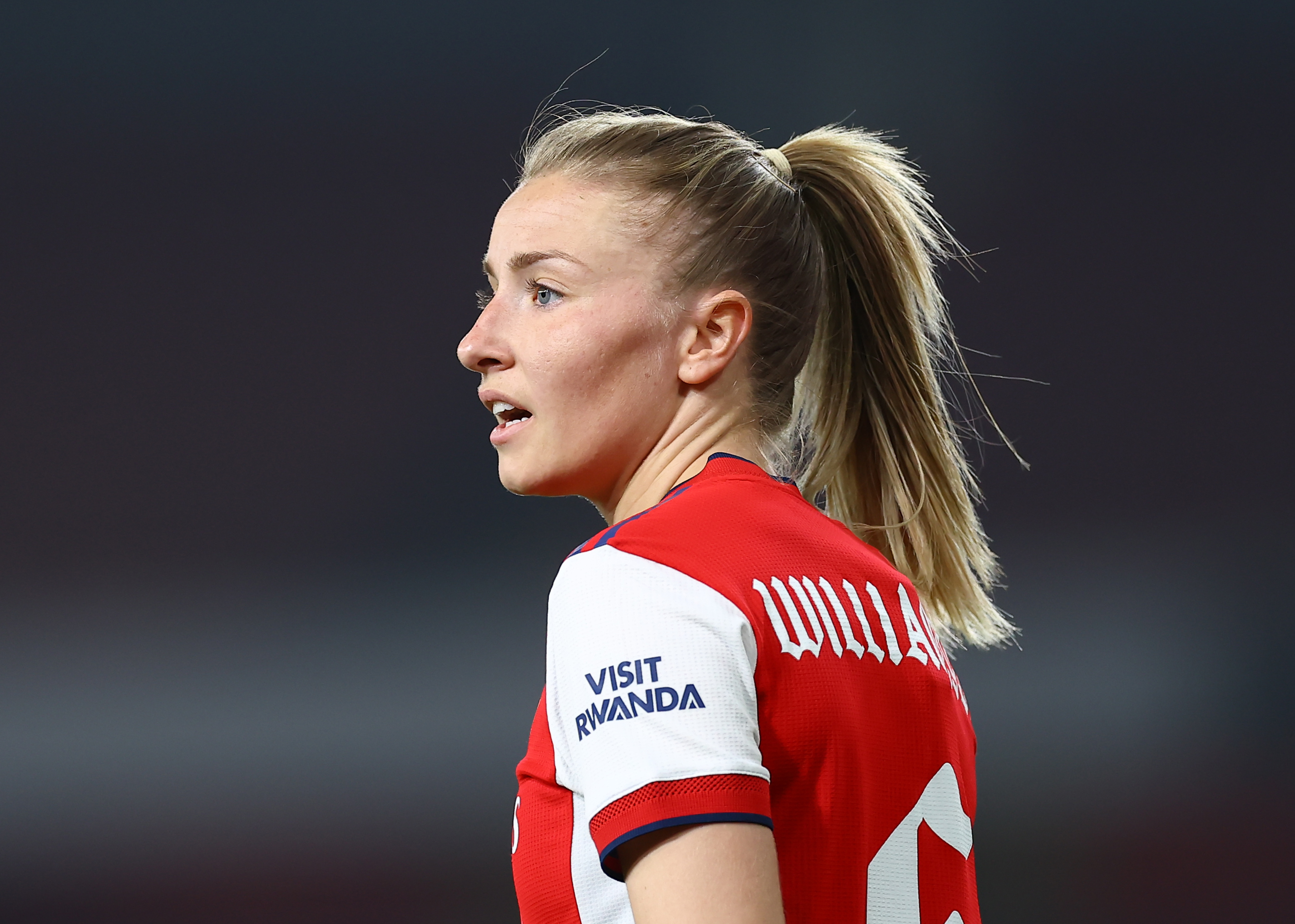 Women’s Euro 2022- Which Arsenal players will be lining up for their countries this summer?

We’re exactly three weeks away from the start of the highly anticipated UEFA Women’s Euro 2022, which is taking place here in England, with the hosts one of the favourites to win the tournament. A number of Arsenal Women players have been named in Sarina Wiegman’s England side, with other Arsenal stars including the likes of Vivienne Miedema also set to thrill the crowds this summer.

Here are all of the Arsenal players to look out for:

With Steph Houghton plagued by injuries throughout the season, Williamson was named England captain by Sarina Wiegman back in April and skippered the Lionesses to winning the inaugural Arnold Clark Cup, up against Canada, Spain and Germany. Williamson has won admirers in midfield for the Lionesses, a different position to her role at Arsenal, and plays a crucial role with her passing range and composure. The prospect of the Arsenal fan favourite lifting the trophy at Wembley on July 30th sounds pretty good to me…

Missed the Arnold Clark Cup due to injury so will have to use the upcoming friendlies against Belgium and the Netherlands to try and push for a starting spot in Sarina Wiegman’s side. The 23 year old will certainly benefit immensely from being in the squad and will look to kick on for her club next season.

Arsenal’s player of the season forms a deadly England attack, and the prospect of her on one wing and Lauren Hemp on the other will certainly spread fear into opposition defences. Mead scored 14 goals in all competitions for Arsenal last season, also providing 8 assists for the Gunners. Certainly one of the players to watch in this tournament.

Parris struggled for goals as she resettled into English football after a spell with Lyon, but Sarina Wiegman is well aware of the value of the experience and talent she will bring into this summer’s Euros. All Arsenal fans will be hoping to see her impress.

Arsenal’s goalkeeper will come up against England in the opening game of the tournament at Old Trafford on July 6. Zinsberger has rapidly improved over the 2021/22 season alone and is still yet to concede a penalty for the Gunners, so if Austria can spring a surprise and progress from Group A she could be crucial in a shoot-out scenario!

Has played second-fiddle to Noelle Maritz at right back after signing from Hoffenheim in January, and like Zinsberger will face many of her team-mates on the opening night.

A strong Norway squad featuring the return of previous Ballon D’Or winner Ada Hegerberg, who recently won yet another Champions League for Lyon, provide an enthralling spectacle for this tournament, and Maanum could play a significant role alongside Chelsea’s Guro Reiten and Barcelona’s Ingrid Engen in Norway’s midfield. Maanum has been a successful signing for the Gunners who will only improve for both club and country.

Has struggled for game time in her first season with Arsenal but will play an important role in the Danish defence up against Germany, Spain and Finland in Group B.

A player who needs no introduction. Miedema delighted Arsenal fans by committing to the club for one more year amidst strong interest from the likes of Barcelona, and will have her sights firmly set on retaining the trophy that the Netherlands won in 2017, in what is a very strong Dutch outfit. You would be brave to bet against her for the top scorer accolade.

Arsenal’s new number nine made an important impact after signing in January, and has been outstanding for her country too, scoring 5 goals in last summer’s Olympics to earn Sweden a silver medal.  She comes from a family that knows one or two things about wearing the national colours- her half-sister plays handball for Sweden.

Walti will go up against both Miedema and Blackstenius in Group C, so if you’re an Arsenal fan hoping to get to a neutral game next month, this Group certainly looks promising! ‘Snake-hips’ Walti has had another superb campaign for Arsenal, but knows that her work will be cut out to help Switzerland progress into the knockout stages despite a decent squad.

Maritz has enjoyed another strong season with Arsenal, adapting superbly to Jonas Eidevall’s style of football. Strong and experienced in defence, and a real asset going forward down the right hand side.

Austria, Denmark and Switzerland are yet to name their full squads, but the players named here are likely to be included.