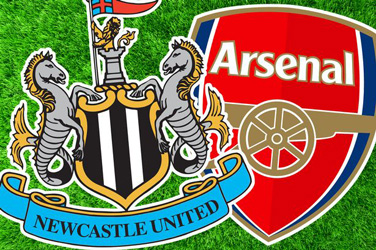 Normal format for these preview pieces this season, five discussion points with the game in mind…

It’s grim oop north
Mesut Ozil has not played at St James’s Park since joining Arsenal in 2013, having had four opportunities to do so. Weird that. There is little doubt the player became selective about certain away trips in his years under Arsene Wenger, with those in which the balance between physical intensity and football technique was more weighted to the former tending to be the ones he did not favour. Perhaps the manager indulged him cognisant that the player would pretty much hide in such games. With Unai Emery’s focus on pressing the opposition with greater intensity, not giving commitment to this tactic will stick out far more. There will be plenty of focus on Ozil this afternoon, assuming he starts

A settled side
Is Unai Emery chopping and changing in an attempt to find his best starting eleven? Or perhaps he varies his team with a thought to the opposition – so we’d better get used to it. Although there is certainly a lot to be said about setting up to counter the strengths of the other side, and indeed exploit their weaknesses, in terms of understanding, most fans would prefer to see a settled side. I think we will have to wait until Emery has ten Premier League matches under his belt to see whether or not he will be consistently changing or settle on a recognisable starting eleven. There are advantages to both. If no-one is certain of their place, then everyone is on their toes, conscious that a bad performance will see them dropped. Emery has certainly not been shy to make early substitutions to rectify matters during matches. My personal preference is to have a settled eleven where players are aware they have to perform to remain. In theory, there is enough competition in the squad and we wait to see if good performances in the cup games by second stringers are rewarded with promotion for the likes of Leno, Lichtsteiner, Mavropanos and others. Still, there is a belief that we may see the same eleven start as did in the previous Premier League match at Cardiff, with Ozil, Ramsey and Lacazette all featuring from kick-off.

The Granit Xhaka enigma
This is one that not too many can work out. Xhaka’s contribution seems limited, and he has picked up four yellow cards in four matches this season. Lucas Torreira seems to offer more, and yet has still to start a match for Emery. Newcastle away, one would imagine, is a game more suited to the talents of the Uruguayan. If the referee is not strong and the home crowd get going, the midfield will not be a place for a misplaced pass or a mistimed tackle. Playing both Xhaka and Ozil may be too much of a risk today.

Memories, good and bad
The visit to Newcastle last season proved to be the final match before the announcement that Arsene Wenger was to step down at the end of the campaign. Having travelled to Moscow the previous Thursday, the manager, having given up hope of making the top four, made six changes, and Rafa Benitez’ side confirmed their escape from relegation with a 2-1 win. However, there are happier memories from the seasons before Newcastle were relegated, with four consecutive Arsenal wins up there, including the memorable last day Champions League clinching 1-0 victory in 2013. Before that though, the 0-0 opening day draw in which Gervinho was red carded, and who can forget the 4-4 draw? 4-0 up at half-time, Wenger’s team construed to collapse after the sending off of Abou Diaby. Hmmmm… Let’s just have a dull 1-0 away win this afternoon, eh?

Another weekend, another match v relegation fodder?
Newcastle haven’t pulled up many trees this season, and there are signs that it is not the happiest of camps, certainly where the relationship between manager and owner are concerned. Taking only one point from four league matches (a draw at Cardiff) is not the best of starts, although in mitigation, the other three games have been against Spurs, Chelsea and Manchester City, and all those have been one goal defeats, with identical 2-1 scorelines. Benitez, considering what he is working with, can organise a team to do enough to scrap the necessary points tally to stay in the division. I think they will survive again this season, but this is the type of opposition Arsenal need to be taking six points from to have any hope of making the top four, because pretty much every one of the other top six sides will be doing precisely that.

Conclusion
Newcastle, like West Ham and Cardiff, should be beatable by an Arsenal team playing to their potential. The reality is that last season’s defeat was partly down to a weakened side being fielded, the priority then the Europa League. No such excuses this time, and after their goals at Cardiff, surely both Aubameyang and Lacazette will start. It is difficult to see Arsenal keeping a clean sheet, although it would reassure a lot of Gooners if they could manage it. The law of averages states another 2-1 defeat for the Toon is unlikely, so my prediction is a 3-1 away win.

The Gooner has teamed up with Fansbet.com this season, so if you do have a punt on the football, and select The Gooner Fanzine as your ‘branch’ when signing up as an Arsenal fan, 50% of any profits Fansbet make from your bets go towards maintaining the fanzine. They have some weekend specials if you wish to back your team and see your rivals fall short. If you fancy a bet, why not do it with Fansbet and help support The Gooner. But remember, when the fun stops, stop. Please gamble responsibly. 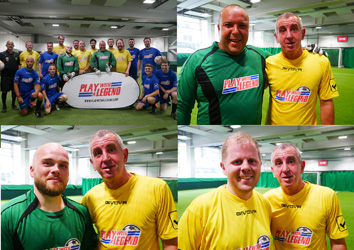 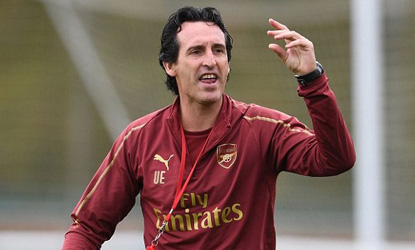 Gooner Podcast 167 – The start of the Unai Emery era 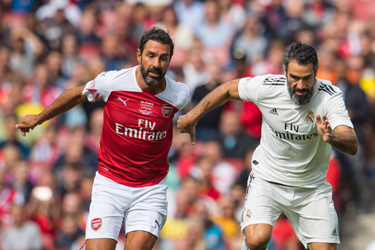