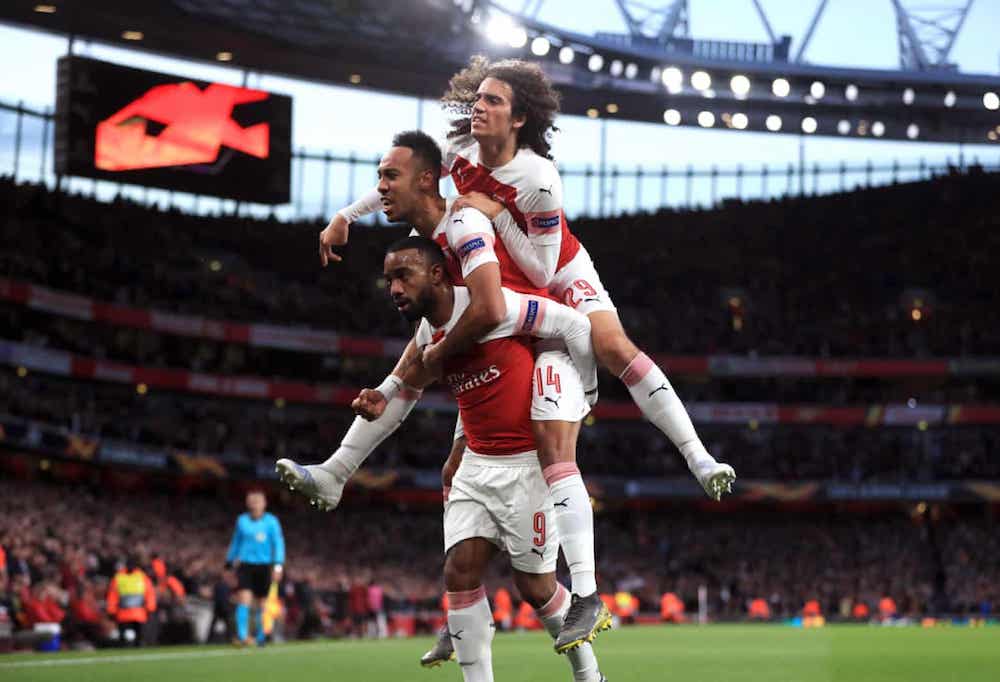 It took until a decent proportion of the crowd had left to beat the rush for the tube, but in time added on, Pierre-Emerick Aubameyang found the goal from a tight angle to score what may prove to be a critical goal in making the final score of this semi-final first leg 3-1 to Arsenal.

It was a result that really couldn’t have been foreseen after the opening period of the game. Valencia’s Argentinian defender Garay conspired to fire over the bar with the goal gaping, but having been let off once, next time the visitors had the ball in the goalmouth Arsenal’s defenders were punished. A corner to the back post was headed back across the six yard box and in spite of having far more bodies in there, the home side were unable to stop the French centre back Diakhaby from nodding it in from close range.

Ultimately, it was the quality of Arsenal’s forwards that salvaged the game. The combination play from Lacazette and Aubameyang for the equalizer was a thing of beauty, with pace, composure and accuracy meaning Lacazette could pass the ball into an empty net at the conclusion of the move. 18 minutes gone and the scores were level, and the home support only had to wait another eight minutes before their side were ahead, as Granit Xhaka’s cross was met by Lacazette who headed the ball in, despite the keeper’s attempt to stop it.

Having weathered the early storm, it now felt like Arsenal were on top, and from this point on, the defending improved. Emery went with a back three and it was interesting to see that he decided to select Mustafi ahead of Monreal. In fairness to the entire back three, once the game settled down, they all played well, although Valencia’s threat couldn’t be quelled completely.

After the interval, Arsenal initially seemed to be controlling the game, but the third goal wouldn't come. Guendouzi was replaced by Torreira and it felt like Unai Emery might be more concerned with not conceding than scoring another. Valencia fashioned more chances, with Cech getting his colleagues out of jail at one point, but in spite of committing less men forward, Arsenal had the better chances, with Lacazette fluffing more than one very presentable chance to secure a hat-trick.

It was his strike partner who did score the game’s final goal, just as injury time began, converting his shot from an acute angle after meeting Kolasinac’s cross. Cue wild celebrations for those still in the stadium. The significance of that goal cannot be overstated. 2-1 and Arsenal would travel to the Mestalla next week knowing 1-0 would eliminate them. That has now become a 2-0. And should Arsenal manage to find the net, Valencia would need three just to take the game to extra time. Emery’s side are in the box seat.

Koscielny seemed to hobble off late on when replaced by Monreal, but will hopefully return for the second leg. It would be a surprise if the Arsenal player played any part against Brighton on Sunday. Emery will likely play another weakened team in that game, even though all it requires is Chelsea to draw one of their two remaining Premier League fixtures to open the door for Arsenal to make fourth place.

Back to Europe though, and Emery has every chance of making another final of a competition he seems to have mastered. Last year, against an admittedly superior Atletico Madrid side, the Gunners fluffed their lines in the equivalent game, giving away a late goal to go to Spain on level terms. Not so this time around, although 12 months ago, Aubameyang was ineligible. He certainly made a difference last night, his interplay with Lacazette giving a Valencia defence including former Gunner Gabriel a real headache.

It was significant also, that the team did not fold when they went a goal behind, although they rarely suffer that fate at home, and against Palace last time they played at the Emirates, they did rally after the first goal conceded. It was the second that seemed to kill them. The players though, seem hungry for this trophy. Many will already be looking at the prices of that trip to Azerbaijan, although the tie is not dead yet. At 4-1, maybe you could say that, but 2-0 is not a result that is out of the bounds of likelihood next week, which would put the Spanish side through. Arsenal need to try and nick a goal, giving them margin for the inevitable defensive error.

The Mestalla can be a tough place to get a result, and much better Arsenal sides than the current one have lost their on the two previous occasions they have travelled there. The two goal margin certainly favours Emery’s side though. They can afford a one goal defeat. That first 15 minutes could have easily seen the lose the tie were the visiting side more clinical. You generally need a slice of luck in the cups and The Gunners enjoyed a bit of that last night. Without it, we could be talking about conceding three goals for the fourth match in a row.

The display of bags above the head was far less effective than the displays we’d seen at Spurs and Barcelona on the previous two evenings, due the the sheer number of late arrivals. I wonder how it is that their fans can get in for kick off and Arsenal’s can’t? One other thing for the club to take note of. Pre-kick off light shows don’t cut it before it gets dark.

Ten years ago Arsenal had a disastrous start in the home leg of their European semi-final, against Manchester United, being two goals down after about ten minutes, and ending up on the wrong end of a 3-1 scoreline. Fortunately, things worked out last night. Let’s hope May continues to be lucky for the club. In truth, they’ll need more fortune given the self-imposed handicap of their inability to defend for 90 minutes. 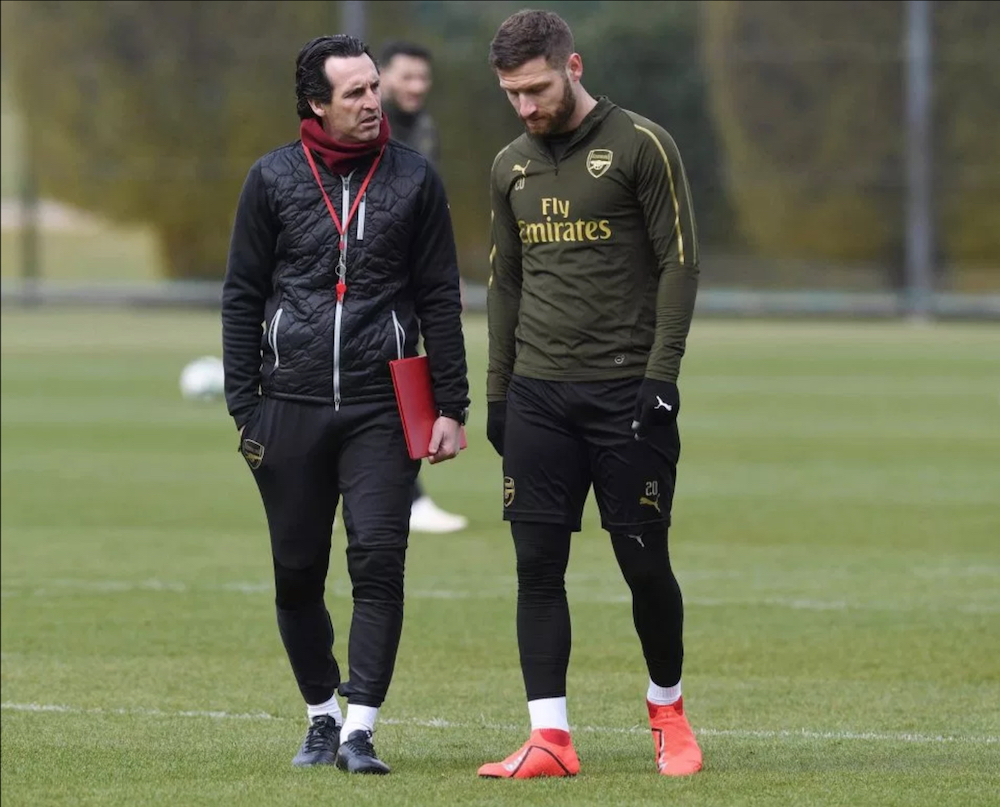 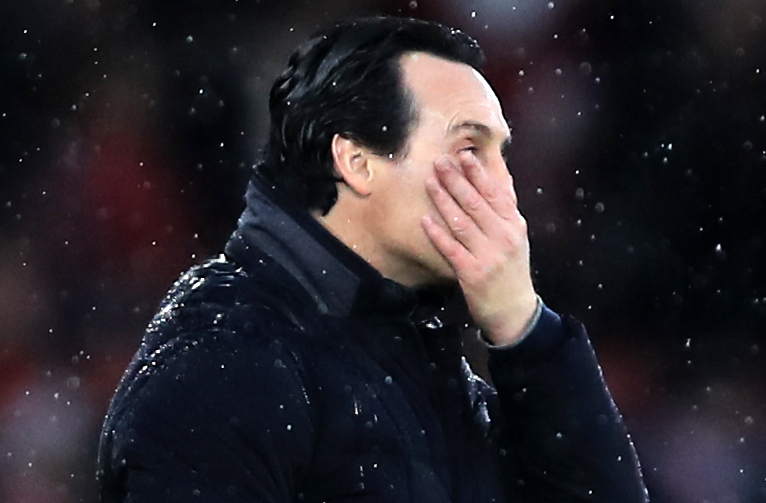 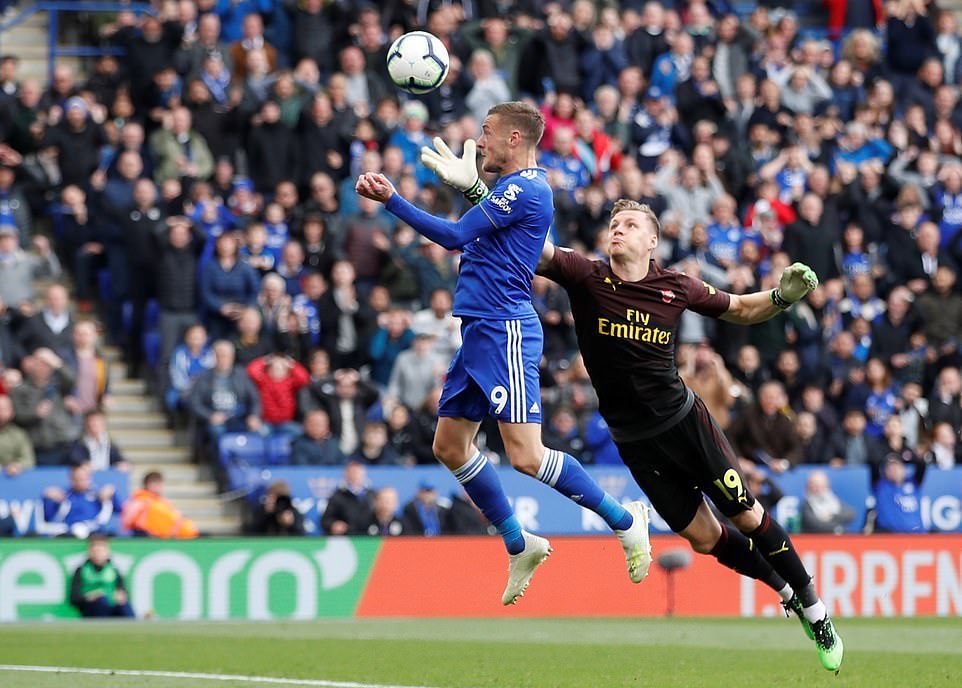