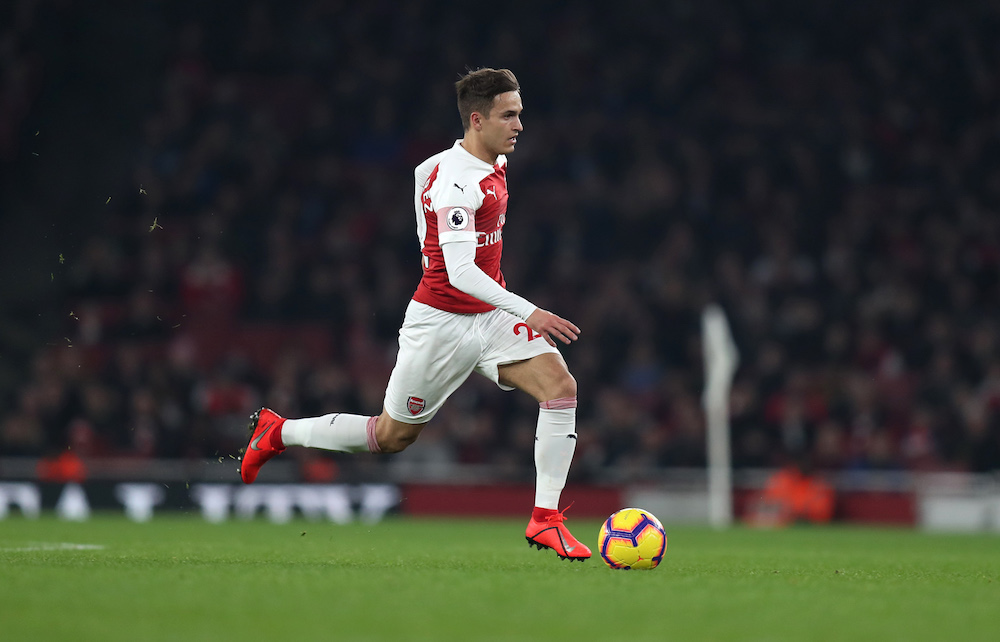 Manchester United’s failure to qualify for next season’s Champions League is not creating waves about the club’s inability to have an active summer transfer market. You don’t read stories about players not wanting to join United because they are not in Europe’s premier competition. You do when it comes to Arsenal. This is put down to Manchester United being the biggest club in the world (although how that is measured I’ll leave to others). The reality is in fact very simple. Money talks.

Arsenal can still make UEFA’s blue riband competition if they win their Europa League final in Baku, and although William Hill makes them narrow outsiders to win their showdown with Chelsea, the stakes for the club are higher than any bet that will be made on the outcome of the match. This is because Arsenal do not have the financial resources of United. The Glazer family do not put money into the club, much like Stan Kroenke. However, their income dwarfs that of the Gunners because of the way the club has been run since 1991, when United were listed on the Stock Exchange. Instead of having to answer to shareholders who were fans (the Arsenal model), the club had to deliver profits to shareholders who often had zero interest in football. As a consequence, the boardroom was manned by men who were as focussed on business as football. United’s marketing operation grew, leading to the multitude of lucrative sponsorship deals they enjoy today. All of which gives them a massive financial advantage over other clubs with owners who do not invest their own funds.

Arsenal require every extra pound they can raise to compete with richer clubs, having fallen down the pecking order. Money invested by owners has, since Arsenal’s last Premier League title, led to success for first Chelsea and then Manchester City. Unfortunately, the board failed to realise that change was needed early enough, leaving Arsene Wenger in post because he was consistently delivering Champions League football. This policy has backfired, with the rise of Liverpool and Tottenham - who have benefited from good managerial appointments and superior work in the transfer market (and in Tottenham’s case, internal player promotion). Financially, Arsenal are now in the same ball park as the latter two clubs, but with a lesser pool of players. They need Champions League income, combined with some assiduous purchasing, to compete again. Clubs receive approximately £20 million just for participating in the group stages of the Champions League and, with gate revenue for the three group matches to add to that, that can easily turn to £30 million. With TV and gate revenue combined - at least £10 million for every round they take part in - progression in the tournament can quickly boost that figure. Liverpool and Spurs will have done very nicely this season, as well as already being guaranteed another feed from UEFA’s trough next time around.

And it is interesting to note that the final of this season’s competition in Madrid will be contested by none of the three most moneyed English clubs. On one level, it’s good for football. What used to be a settled top two (Man Utd & Arsenal – 1998-2004, Man Utd & Chelsea – 2005-2011) then became a top three (Man Utd, Chelsea, Man City). This season has demonstrated that clubs outside the super-moneyed elite can compete for the major honours – one of them will certainly win one in Madrid. However, it’s not so good for Arsenal. Their complacency has led to two seasons outside of the CL, and there is a 50/50 chance it could be three.

That could have negative consequences. Might the club’s need for cash to rebuild lead to them cashing in on Alexandre Lacazette, with multiple clubs around Europe snooping around the French forward? Unai Emery is obviously aware of the lack of depth he has in the squad, and needs both time and resources to build a team that could compete for the Premier League again. However, the club need the funds to attract the best, so – as Manchester United demonstrate – it’s not so much being in the Champions League that will entice them, as paying the type of wages that (for Arsenal) CL funding allows. More of the quality of as Pierre Emerick-Aubameyang and Alexandre Lacazette are required, and it would be helpful if Emery could get more out of Mesut Ozil, but that’s a long-worn debate.

In brief, should the Gunners win the Europa League, they can expect themselves to be shopping in a market different to last summer. Baku is a high stakes game for them, much higher than it is for Chelsea. While the signings in the 2018 transfer window have generally given value (remembering that Stephan Lichtsteiner arrived for nothing), the calibre of players that can be brought with the promise of Champions League football is much higher. The Gunners have been linked with Samuel Umtiti and Yannick Carrasco throughout the season, but it’s debatable whether such players would consider moving to North London should Arsenal be facing another year in the Europa League. It’s inevitable that the decision makers at the club would have made two different plans for the summer; each dependent on how the club finish the season.

The club has restricted its spending since the failure to qualify for the Champions League in the last two seasons; after Wenger had led the club to 19 consecutive seasons in the competition. That was evident in the January transfer window, when Emery openly admitted that the club didn’t have the money to spend so was only capable of bringing in players such as Denis Suarez on loan from Barcelona. It was also shown in the reluctance to offer Aaron Ramsey an improved contract, since they couldn’t afford to have him on higher wages than the likes of Aubameyang and Mkhitaryan, although Ramsey would have settled for less than Mesut Ozil. It is interesting that the plug was pulled on the Ramsey deal once Ivan Gazidis departed, a sign that financial reality had hit home. The club could not afford to pay the Welshman what he wanted if they could not guarantee CL football, and perhaps felt they could get more for their money elsewhere. That might have been true were Sven Mislintat still at the club, but now no-one outside the inner circles at Arsenal has a clue what is going on regarding talent spotting. The mooted arrival of former player Edu as a director of football won’t happen until after the Copa America has finished in July.

One thing is certain. Failure to win in Baku would almost certainly mean Arsenal’s plans to rebuild after the fall under Arsene will take longer – and the quality required for quick results will be beyond their budget. 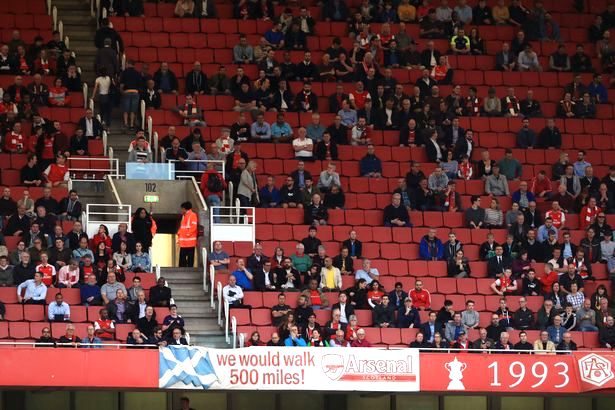 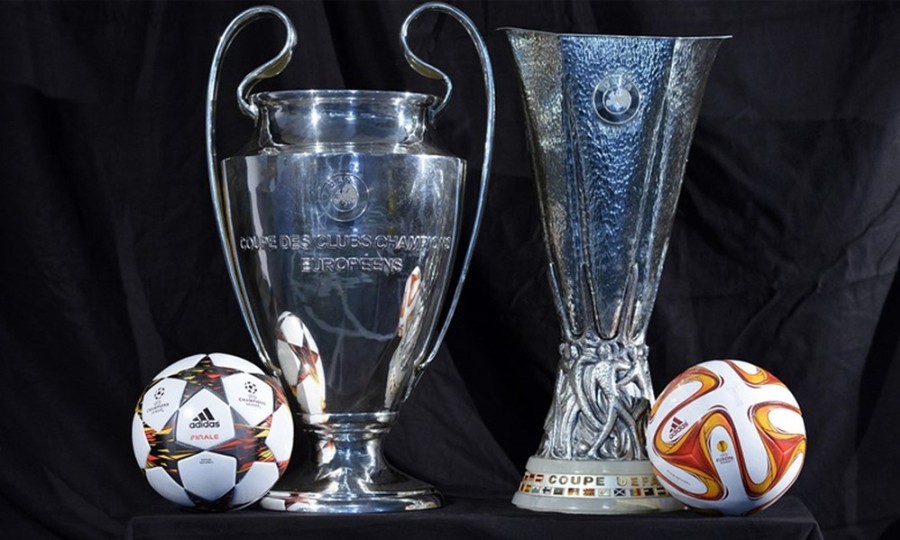 A question for all you fellow Gooners 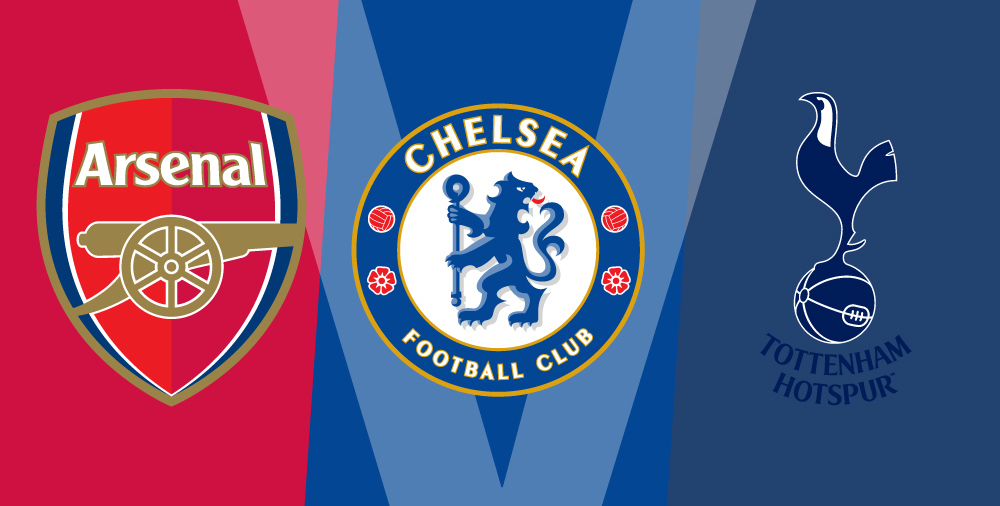