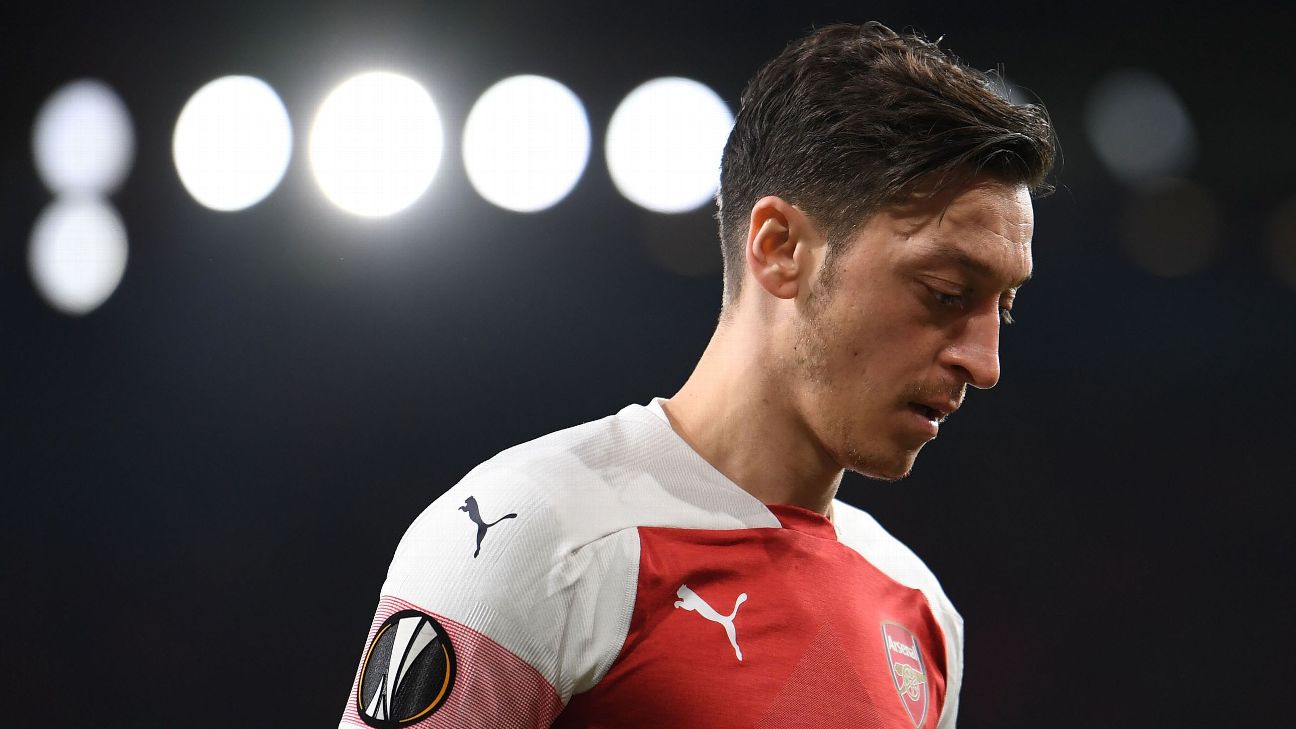 Arsenal Player of the Season 2018/19:
56% - Alex Lacazette
23% - Pierre-Emerick Aubameyang
9% - Aaron Ramsey
No surprise to see Lacazette receive the Arsenal Player of the Season. He scored 19 goals and registered 13 assists last season. His hold up play and overall game also improved. He always gave 100% - and seemed to show fight and passion, something that every Arsenal fan wants to see.

Worst player of the season 2018/19:
48% - Shkodran Mustafi
23% - Mesut Ozil
19% - Stephan Lichtsteiner
I think many Arsenal fans have had enough of the German World Cup winner and once again his performances last season were not good enough. Stupid mistakes and countless schoolboy errors means Mustafi receives Arsenal’s worst player of the season award.

Most frustrating player 2018/19:
53% - Mesut Ozil
14% - Alex Iwobi
11% - Shkodran Mustafi
Ozil scored just 6 times and only got 3 assists in all competitions last season. This is simply not good enough considering he is Arsenal’s highest earning player. This comes as no surprise as fans know how good he can be on his day but unfortunately he just didn't turn up enough, especially when Arsenal really needed him.

Player you wanted to see used more:
28% - Emile Smith-Rowe
21% - Joe Willock
18% - Eddie Nketiah
11% - Konstantinos Mavropanos
Smith-Rowe did very well in the Europa League group stage matches and was loaned out to RB Leipzig in Germany in January. However, due to injury failed to make a real impact. I think it comes as no surprise to see that fans want to see more of the 18 year old, as I am sure he has a lot to offer.

Most improved player in the last twelve months:
42% - Rob Holding
23% - Ainsley Maitland-Niles
23% - Alex Lacazette
Holding improved dramatically last season and many fans said that if he was fit for the majority of the season, Arsenal would have qualified for the Champions League. His reading of the game coupled with how comfortable he is on the ball meant that he was a first team regular in Unai Emery’s side before his injury at Old Trafford.

Which new player impressed you the most?
40% - Bernd Leno
38% - Lucas Torreira
13% - Matteo Guendouzi
10% - Sokratis
Bernd Leno signed for Arsenal for £22 million, a bargain considering how good he was last season. He made vital saves in big matches last season and was also very comfortable with the ball at his feet, which meant that he suited Emery’s style of play.
Lucas Torreira has also been a great signing as he offered some much needed protection to the defence. He had an instant impact and won Arsenal’s player of the month for November. However, he seemed to run out of steam towards the end of last season. Despite this, I think he has a big season ahead of him and was a great signing for a relatively cheap price of £25 million

Do you think Arsenal’s 2018/19 transfer window activity (Torreira, Leno, Sokratis, Guendouzi, Lichtsteiner and Suarez) was:
53% - Okay
31% - Good
12% - Poor
2% - Very Poor
2% - Very Good
A huge positive to last season was the impact that the new signings had on the team. The signing of Leno meant that Unai Emery could play out from the back using the goalkeeper, something Petr Cech struggled to do. Torreira gave the defence some much needed protection. Sokratis added steel and leadership to the defence. Guendouzi surprised everybody and put in some very professional performances at just 19 years old. However, the signings of Lichsteiner and Suarez were disappointing and I think that is the reason why only 2% of fans said that the transfer activity was very good.

Were you satisfied by the performance of the new signings overall?
74% - Yes
26% - No

Do you consider Arsenal have progressed this season in terms of football performance compared to the previous season?
56% - No
44% - Yes
This is very interesting but comes as no surprise as Arsenal failed to qualify for the Champions League yet again.

Do you think Mesut Ozil should have a future at the club?
85% - No
15% - Yes
Mesut Ozil divides the opinion of many Arsenal fans but this statistic seems to give proof that the majority of Arsenal fans have had enough of the playmaker.

Would you be willing to let Ozil go on a free transfer to save on his £350k a week wages?
75% - Yes
25% - No
With Arsenal’s huge wage bill and restricted transfer budget, it comes as no surprise to see that many fans want to get rid of Ozil in order to bring new signings in.

Do you think Arsenal would have been better served paying Aaron Ramsey £50 million in wages to secure him for another 4 years or use the money to buy 2 younger players?
60% - Buy 2 new players
40% - Keep Ramsey
Many Arsenal fans were saddened to see the departure of Aaron Ramsey. However, the wages he was after were just too much and it is also important to remember that Arsenal are paying Ozil over £300,000 a week. Did the club really want to give Ramsey a high paying contract when they know that he and Ozil didn't seem to work in the same team?

Should the club have given Danny Welbeck another year?
50% - Yes
50% - No
This question has divided the opinion of Arsenal fans and I can see why. Welbeck was injury prone but when he was fit always gave 100% - and often made an impact. With Lacazette and Aubameyang at the club along with youngsters Nketiah and now Martinelli, I can see why the club decided to part ways with Danny Welbeck.

Do you consider Aaron Ramsey to be an Arsenal Legend?
57% - Yes
43% - No
Aaron Ramsey had his critics at Arsenal, as he was painfully inconsistent at times. However, his performances and goals in big games such as two FA Cup Finals is the reason why 57% of fans believe that he is an Arsenal Legend.

Do you think Laurent Koscielny should be first choice next season?
80% - No
20% - Yes
Although Koscielny was good at times last season, he’s not getting any younger and at 33 years old many fans want to see a new centre back come in to replace him.

More survey results tomorrow, when we move onto your answers about next season, the manager and the board.