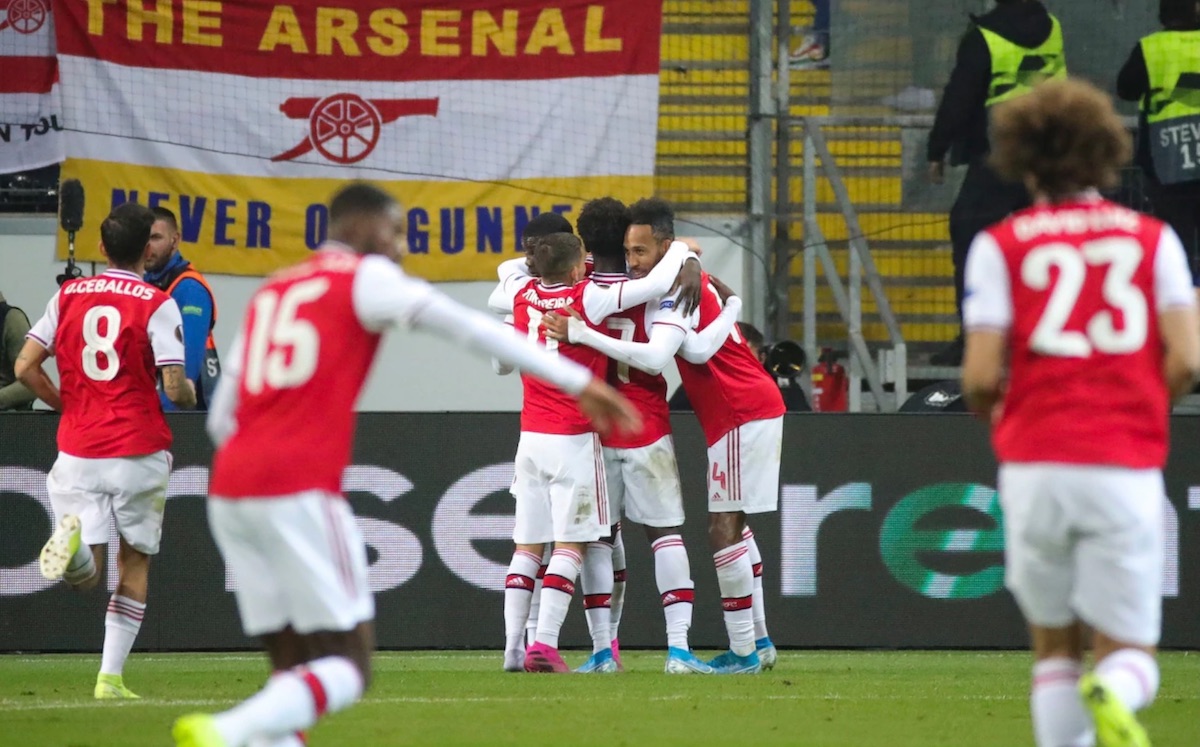 Wow, what can you say? An away win – good. Cannot complain about a 3-0 win in Germany. So I’ll not complain but simply point out some things that indicate there is still a lot of work to do before anyone is going to be convinced that Unai Emery is the long term solution to the club’s decline.

Eintracht Frankfurt had 24 attempts to score. So an improvement on Watford (31), but let’s be honest people. The only reason the Gunners kept a rare clean sheet was the low quality of the German side’s finishing, and a decent display by Emilio Martinez. As open games go, well, it could easily have matched Eintracht’s famous European Cup Final against Real Madrid in 1960, which saw 10 goals. If The German side were playing in the best online casinos there was no way they’d have endured such bad luck.

It was simply not a 3-0 kind of game, with one side in control. Somehow, it remained 1-0 until late on when the home side were reduced to 10 men, and as they chased an equalizer, Arsenal picked them off. If they were playing even a moderate Premier League side, they’d have conceded at least a couple of goals when it was still eleven-a-side.

It was an interesting starting eleven. Three youngsters, five players that had experience of playing in German football (although not Mesut Ozil, left at home, nor Bernd Leno, as Martinez began the game, being this season’s cup keeper). It was a slightly more defensive midfield trio with Ceballos on the bench. Calum Chambers does not have happy memories of playing right back for Arsenal, and for much of the first half, Eintracht made hay down the Gunners’ right hand side against the combination of Smith Rowe and Chambers. That they then ran into Mustafi, making his first appearance of the season should have given them great heart. Think about it for a minute. A backline of Kolasinac, Luiz, Mustafi and Chambers. And a clean sheet. That’s like relying on the roulette on www.toponlinecasinos.co.za if you are talking about setting up a team not to concede. Oh well, they say sometimes football defies logic. Certainly Martinez had both a busy and a commendable 90 minutes. He was arguably Arsenal’s standout player, although there is also an argument for Saka to be given that accolade.

One positive, as well as the good performances of the two aforementioned youngsters, was the number of opportunities that the visiting team created. Granted, at 17, it was lower than Eintracht’s, but nevertheless it demonstrated they were fighting fire with fire, and that ultimately they were more clinical, although they should have scored long before Willock’s opener, so clear cut were their chances. Their profligacy will cost them dear in tighter matches though, so it’s something to work on.

They didn’t play it short from goal kicks too much, which was a relief to us all, although Mustafi giving the ball away after four minutes from a short goal kick may have influenced Martinez’ decision to mix things up from subsequent goal kicks. He often rolled it out to a player on the move, which is how keepers should look to distribute. The outfield players are often guilty of being too static and thus easy to press.

The opening goal came from a deflection and the crossbar after 37 minutes, Willock being fed by Saka. It was a relief to see the ball enter the net after the previously spurned easier opportunities. The pitch in the Walfstadion looked very big, and there was no shortage of space to be found. Rarely can I remember such an open game from so early on. Xhaka hit the bar from a free kick in the second half and had a better game than he did on Sunday, not that that is saying much of course. Torreira seemed involved a lot, and certainly added something to the competitiveness of the team, although he alone could not prevent the flood of opposition attacks. In fairness, Arsenal did generally defend ok at set pieces, with the odd exception.

No-one seriously expects Arsenal not to make the knockout rounds, given the quality of the other sides in their group, and in fact they are apparently the current favourites to win the competition, something likely to change once the third placed teams from the Champions League groups join in after the turn of the year. However, this was the toughest fixture of the six they play to determine who goes through, and that they won it has made that task a lot more straightforward. Additionally, I am sure it guarantees we will be seeing the younger players more in the Europa League matches to follow, which is no bad thing.

Emery though, still needs to find a solution to the number of chances being conceded. Fact is they got away with it yesterday. They’ll rarely be that fortunate again. 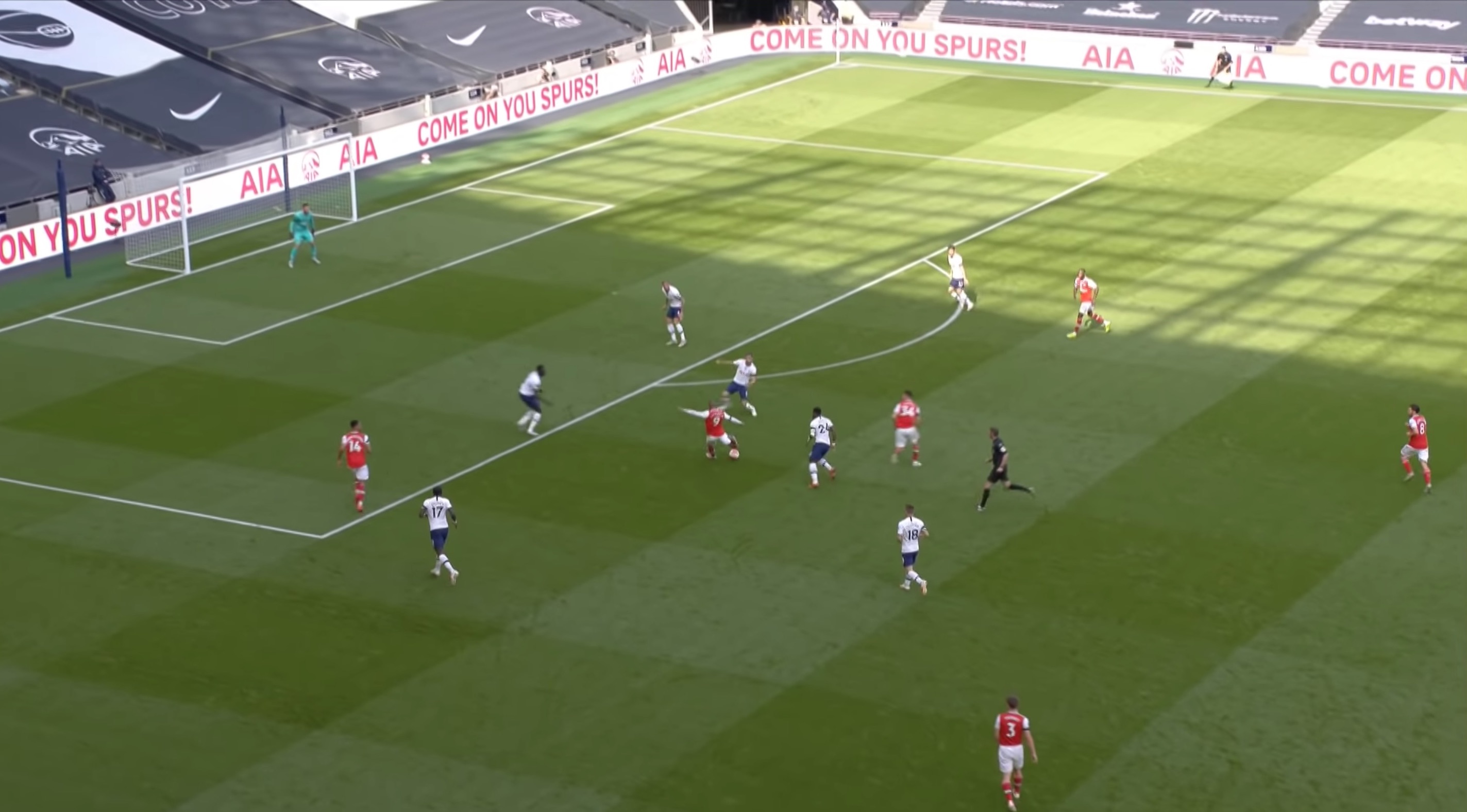