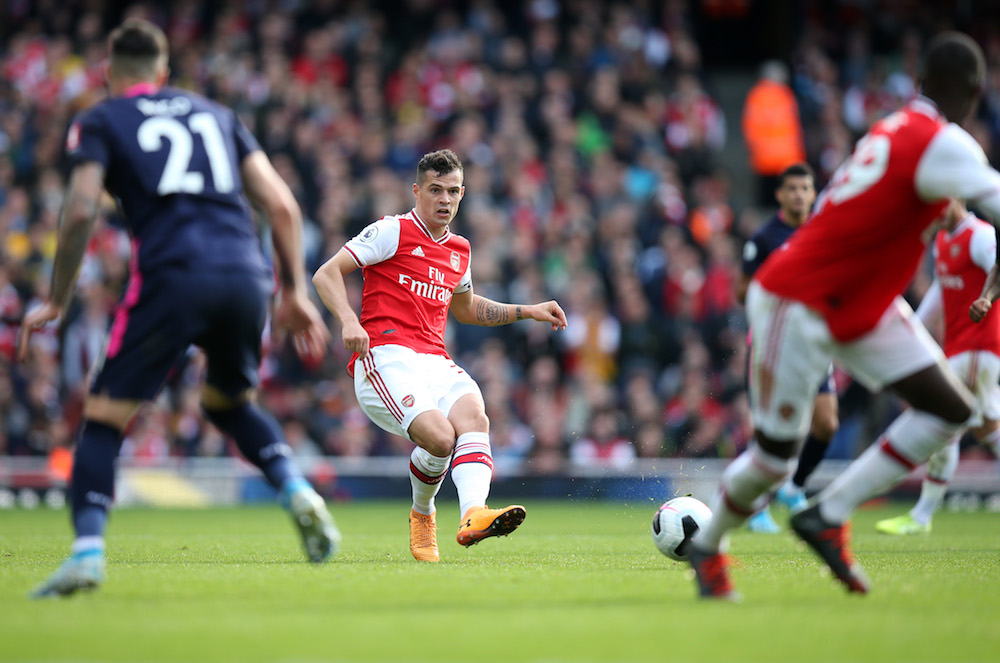 They do happen: Incisive forward pass from Arsenal’s captain

Let’s start with a high. Tottenham, in their last three games have conceded the same number of goals as Arsenal have in their entire 11 match season so far. And rather fortuitously Unai Emery’s team kept a clean sheet against Bournemouth yesterday. Fortuitous not because Bournemouth peppered shots at Bernd Leno (at least accurate ones), but because of the moment in the second half where Leno was stranded away from his goal and the ball came across it, inviting a touch to level the scores, and Arsenal somehow got away with it.

It was a below par display from the home side, although if you are going to play at half pace, as it seemed they were too often, it is a good habit to take maximum points while doing so. But the Gunners winning matches is something that is gradually seeing longer odds on the best sports betting sites, given their patchy recent form. They did manage to get some unjustified results at times in the 22 match unbeaten run Arsenal were in the midst of this time last year, and this game saw them undefeated for an eighth match running. .

The goal was scored by David Luiz from a corner fairly early in proceedings, and the hope was another would follow and we could relax a bit. It didn’t come. Arsenal looked ponderous, and after the interval, played fairly cautiously and seemed more concerned with not conceding rather than increasing their lead. Given the problems they have faced so far this season that’s perhaps understandable, although at times it felt like they were dicing with death. If you were running a sports book online, you’d have been tempted to offer long odds on a clean sheet for the home side. The clearances weren’t always what they might have been, but somehow the defenders always managed to get a foot in or make a block.

Grant Xhaka is obviously under scrutiny these days and his ability to stop a player going past him has to be a concern. At times he looks statuesque. That he’s the first choice captain means he’s unlikely to be dropped, but you can’t help wandering what it is that makes him so integral to the head coach’s plans. He does play the occasional penetrating pass, but most of the time he simply does simple link play and is a factor in the ball not moving forward at the pace. Given Arsenal do have some pace in their forward line it seems a waste not to utilise it more.

In mitigation Bournemouth did generally defend determinedly, and that Arsenal only enjoyed two shots on goal was a reflection on this, although Emery’s team played their part in that. The introduction of Gabriel Martinelli temporarily livened things up, and at the very death Aubameyang hit the post.

The relief of the final whistle saw Arsenal move into third place, only a point behind Manchester City. On paper that looks all well and good, although you feel they will have to improve, that hopefully yesterday was a very average day at the office. As an advert for the Premier League, it’s probably just as well it wasn’t seen by too many on screen, not broadcast in the UK and up against two other matches which foreign viewers might well have chosen to watch above this one.

It will be largely forgotten, remembered in time maybe only for it featuring David Luiz’s opening goal for the club and a rather amusing pitch invader dressed as an Arsenal player. Let’s see what happens after two weeks of international break, and which team is picked for the Monday night visit to Sheffield United. It certainly won’t feature Mesut Ozil. If Unai Emery intended for him to have any further involvement in his Premier League squads, yesterday was an ideal opportunity.

That he did not feature even on the bench, and the same last Thursday at home to Standard Liege, does finally suggest that the writing is on the wall and isn’t going to be erased. A sad ending to what started as a signing that really excited the fans back in 2013, but one that feels it’s been coming for a long time.