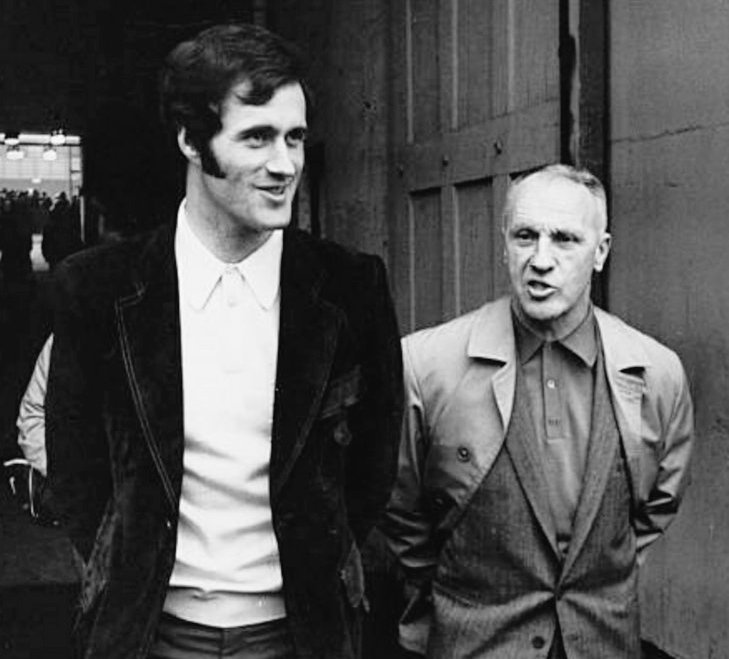 As Kieran Tierney begins to make his mark on the Arsenal squad, after a summer of haggling with Celtic for his signature, the full back became the first Scot to play for Arsenal since Scott Marshall’s final appearance in an Arsenal shirt in a 2-0 defeat to Sheffield Wednesday nearly twenty two years ago. There was also a brief spell in an Arsenal shirt for Paul Dickov over a quarter of a century ago, scoring his first goal for the club in a 3-0 victory which relegated Crystal Palace in 1993. For the last Scot to make over a hundred appearances in an Arsenal shirt, you have to go back as far as the last time the Gunners stole one of the “Bhoys” away from Celtic Park, when Arsenal signed Charlie Nicholas during the summer of 1983. It’s fair to say therefore that a Scot in Arsenal colours is as rare as hen’s teeth in the late 2010s.

It may then come somewhat of a shock to readers under the age of twenty-five, that along with a proud history of prominent Scottish players turning out for the Gunners, such as Willie Young, Eddie Kelly, George Graham, Frank McLintock, Jimmy Logie, Alex Forbes and Alex James, players from Scotland were once a central part of life for most clubs in English football for well over a century. In fact, the first Arsenal side to win a trophy while not containing a single Scottish player came as late as 1989, albeit with a side managed by a Scotsman. For an Arsenal trophy winning season involving no Scottish involvement at all on either the playing or coaching staff, that comes as late as this side of the millennium, after the retirement of Chesterfield-born Scottish international goalkeeping coach Bob Wilson in 2003.

The Scots are often fond of claiming that they had invented the game of football. This claim however is somewhat undermined by FIFA’s website attributing this accolade to the English FA’s meeting at the Freemason’s Tavern in 1863 to lay down the first set of rules for the game, with reference also to an earlier attempt at Cambridge University in the late 1840s. Also, the earliest recorded reference to the game North of the Border was King James outlawing the game in 1424, compared to the Lord Mayor of London doing likewise over a century earlier. One irrefutable fact however is that it was the Scots who invented the passing game, which as late as the 1950s was often referred to in England as the “Scottish Style”.

It is also the case that as the game became a popular form of participation and spectator sport in the latter half of the nineteenth century, its popularity in the South of England lagged some way behind that of Rugby compared with the North of England and Scotland. This had been part of the reason as to why it had been “migrant” workers from Scotland such as David Danskin, as well Northerners like Jack Humble and Fred Beardsley, who had been behind the formation of Arsenal FC. Even Herbert Chapman’s first star signing, Woolwich-raised Charles Buchan, could have played for Scotland as his parents were from the same Scots diaspora who moved to the area to work at the Arsenal in the late nineteenth century.

Scots had also been behind the formation of other professional football clubs whose roots directly derive as workers sides from the industrial heartlands that lay to the East of London, such as Millwall (whose emblem is based on the Rampant Lion of the Scots coat of arms) and Old Castle Swifts who were a predecessor side to West Ham United. In the earliest days of the England v Scotland fixture, such was the supremacy of the Scots over the Three Lions, England had only managed one victory in the decade and a half between 1873 and 1888. Scots were also a central part in the growth of professional football in England. The original “invincibles” of Preston North End centred around a group of six Scottish players who were selected for their 1889 FA Cup Final win at the Oval.

Preston’s chance to become the inaugural Champions of English league football had only come about because of the efforts of Aston Villa’s Perthshire born Chairman William McGregor in forming the Football League. After Everton’s landlord at Anfield, John Holuding, had evicted them from their home ground, he immediately headed North of the border to form an inaugural Liverpool FC side made entirely of Scots, which came to be known as the “Team of all the Macs”, which became somewhat of an Anfield tradition followed on by the like of Billy Liddle, Ian St. John, Ron Yeats, Graeme Souness, Kenny Dalglish, Steve Nicol and Alan Hansen well into the next century.

As Liverpool came to rule English and European football by the 1970s with players from both sides of the border, the England v Scotland fixture became a TV event somewhat akin to the FA Cup Final TV event somewhat akin to the FA Cup Final, shown live on both channels, usually two weeks on from the final. By 1986, Liverpool had managed to achieve the Double with a starting eleven which contained four Scots and no English players. That year however would become somewhat of a turning point for Scottish football, as former Red Graeme Souness took over as player manager of Rangers and with the lure of European Football during England’s post-Heysel exile from Europe and David Murray’s finances, went on to reverse a century long tradition with the likes of Terry Butcher, Chris Woods and Graeme Roberts following him to Ibrox. Liverpool’s rivals Everton also suffering somewhat from the Gers’ poaching of Gary Stevens and Trevor Steven from their Class of ’85 team.

Prior to this point, Scottish League sides almost entirely consisted of Scottish players. By Italia ’90 however, Rangers had provided more members for England’s World Cup squad than any English side. Paul Gascoigne putting the Scots to the sword just weeks on from bagging an eighth straight Scottish title for Rangers had brought the “Scotch Professor” phenomenon full circle. Euro ’96 was the last but one competition which the Scots had qualified for. Though famed for not making it out of the group stage, the Scots did have a notable record of qualifying for seven World Cups out of eight between 1974 and 1998 (a run beginning during a period when England failed to qualify for every international tournament for the whole of the 1970s).

Since 1998 however, it is Scotland who have failed to qualify for any tournament, despite an extended European Championships of twenty four sides seeing four of the five national sides from Great Britain and Ireland qualifying in 2016. By the start of the 2016/17 season, none of the top seven sides in the English game contained a single Scottish born player. This footballing decline for Scotland however can be seen as part of a post-industrial malaise for the Scots nation as a whole over the last forty years, becoming literally the “Sick Man of Europe” as by the mid-noughties World Health Organisation figures showed that parts of Glasgow had some of the lowest life expectancy rates in the developed world, beneath that of world trouble spots such as Iraq, the Gaza Strip and Afghanistan, and on a par with sub-Saharan African countries such as Ghana and Senegal.

This despite the fact that the same city in 1967 produced a population fit enough to provide an entire European Cup winning side (it’s worth remembering there’s never been an all-English side crowned Champions of Europe). Scotland saw a brief rise in life-expectancy between 2006 and 2011, before the onset of austerity policies saw a corresponding decline in many other parts of the UK experiencing industrial and economic decline, as well as the Scots. This brief period of improved Scottish health also corresponded with the formative years of the Wishaw raised Kieran Tierney, fellow Glaswegians Andy Robertson at European Champions Liverpool and John McGinn at Aston Villa, as well as Aberdonian Ryan Fraser at Bournemouth, which maybe somewhat of an indication of green shoots for a Scottish health recovery.

The devolved government of Scotland has in recent years introduced progressive health policies, such as an “Obesity Action Plan” with an aim to halve childhood obesity by 2030. Other measures include the introduction of a minimum price of alcohol to 50p per unit and ensuring its youth are diverted from other less positive past times with the introduction of a Violence Reduction Unit in 2005, whose practice of seeing gang violence as a public health issue had managed to more than halve the number of stabbing related homicides in Scotland in just over a dozen years, in stark comparison to England’s recent troubles on the same matter.

One wonders whether if the progressive policies of the Scots’ devolved Government can go some way to alleviating the “Sick Man of Europe”, maybe their next generation might produce more Kieran Tierneys and Andy Robertsons to make an England v Scotland tie as enticing a contest as it was prior to the 1980s. Perhaps in Scotland though, they might just settle for actually qualifying for a tournament anytime soon!

Robert Exley can be followed on Twitter@robert_exley, and is the creator of the Online video series “Double Barrell: The Story of Arsenal’s 1970/71 season”.