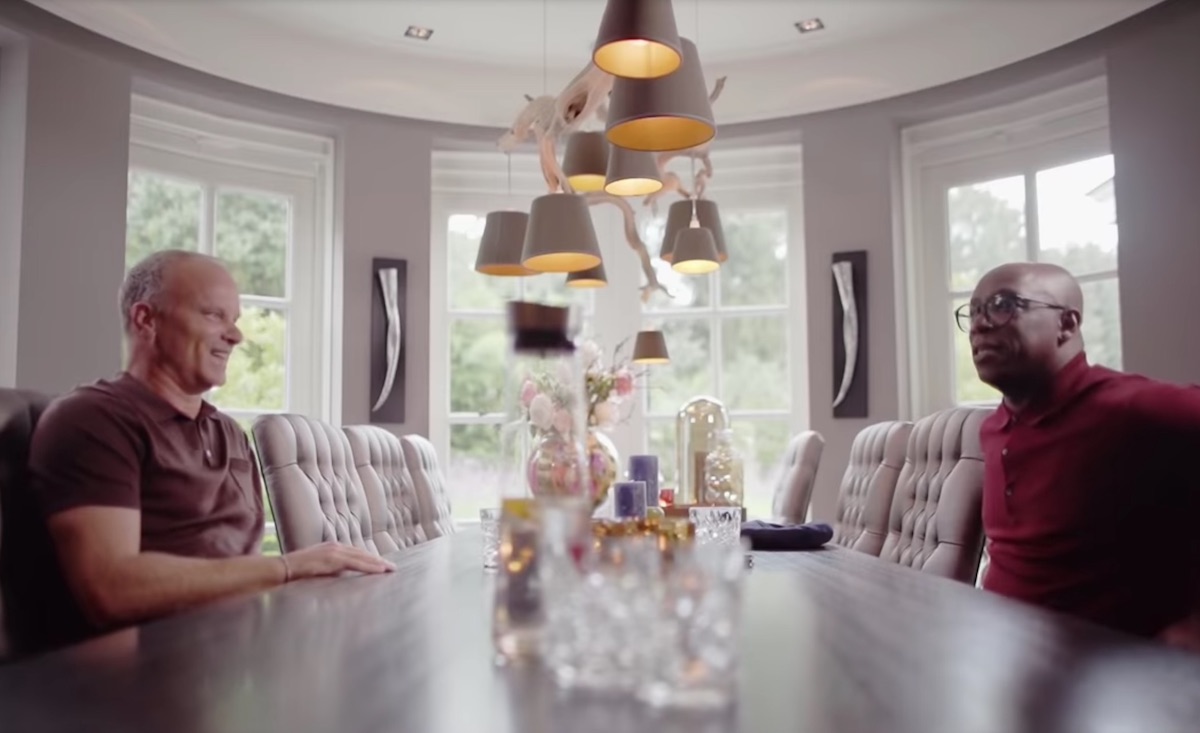 Ian Wright recently travelled to Holland to chat with his former room-mate at Arsenal Dennis Bergkamp. The results can be seen on Wright’s YouTube channel.

Bergkamp talked about his difficult start to his Arsenal career, waiting a few matches for his first goal, of his memories of a very English footballing culture where players drank pints of beer shortly after finishing training, and his uncertainties when he learned Bruce Rioch had been dismissed before the 1996-97 season had got underway.

Arsenal were on the slide when Bergkamp arrived. Bookies such as Betolimp would probably have given you fairly short odds on an Arsenal title because of the arrival of Bergkamp and David Platt in the summer of 1995, but that forgets that team struggled the previous season, finishing 12th in the Premier League and flirting with relegation. It would take more than a couple of big name signings to propel the Gunners into title contention, and indeed it was only during Bergkamp’s third season that the team, by then managed by Arsene Wenger, finished first.

However, they certainly made progress after Bergkamp’s arrival, improving their finishing position each year, in the run up to the glorious 1997-98 double winning season, a campaign that saw the Dutchman at the peak of his powers for both club and country.

When Ian Wright asked Bergkamp about the current Arsenal side, he was diplomatic rather than critical, and stated he still had a strong connection with the club.

Bergkamp said that he would be willing to return to Arsenal in a coaching capacity, but not as head coach. He stated he was happy to work at Academy level or as part of the first team coaching group. It was enlightening to hear him say he was not interested in being the head coach, even though his name is listed amongst the contenders by the likes of Betolimp ZA whenever they open a book on the next Arsenal manager.

How good Bergkamp might be as part of a coaching side is one for debate. He worked in various roles for Ajax between 2008 and 2017, when he was dismissed from his position as assistant coach to head coach Marcel Keizer, who also got his marching orders. In fairness, Ajax did win four Eredivisie titles in a row between 2011 and 2014 when Bergkamp was working with the first team as number two to Frank de Boer. How much of that was down to de Boer and how much to Bergkamp is impossible to say, but as part of a coaching team, the latter certainly returned the glory days to an Ajax side that had not won their domestic title since 2004.

Arsenal, post Arsene Wenger, have developed a policy of using former players at the club more than had been the case for a while. Steve Bould and briefly Jens Lehmann were the only ‘fresh faces’ to be used by Wenger from the ranks of former players, Pat Rice and the late George Armstrong having been in situ when he arrived. But recently, we have seen more appointments. Per Mertesacker is in charge of the youth academy, Freddie Ljungberg is apparently a very positive influence for the first team, whilst Edu is in a more strategic position as the director of football. These players have a feeling for the club and have all won multiple honours playing for it. Might Dennis Bergkamp be able to make a significant contribution?

We won’t find out for a while. Bergkamp told Ian Wright he was settled in Holland due to the age of his children and did not want to move the family. But when his kids are old enough, it seems he would welcome the chance to get involved at Arsenal again. His youngest child is his 15 year old daughter Saffron, so we will have to wait a while yet before it becomes a possibility.