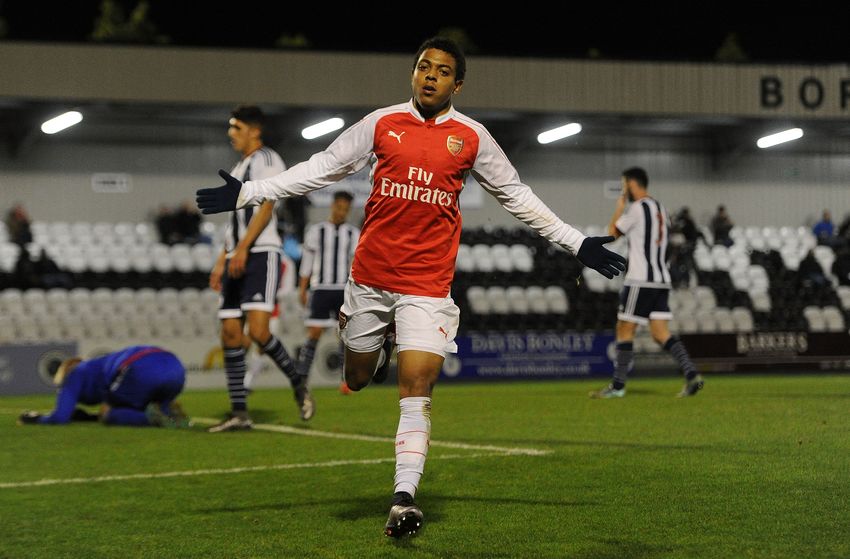 At the end of the summer 2017 transfer window, striker Donyell Malen, then 18-years-old, was sold by Arsenal to PSV Eindhoven for £500,000. It was the start of what turned out to be Arsene Wenger’s final season and before the arrivals of Sven Mislintat or Raul Sanllehi, who took over the decision making on players from Wenger during the course of that season.

The club bought the teenager in from Ajax in 2015 and he played for Arsenal in the UEFA Youth League. During his two years in the Academy side, he scored 27 goals in 67 games. Malen has taken time to establish himself in PSV’s first team back in his native Holland, but has scored 16 goals in 18 matches for his club in all competitions so far this season, including becoming the first player to score five goals in Eredivisie game since the legendary Marco van Basten, in a win over Vitesse Arnhem. Such form has propelled PSV to second spot in the league (three points behind Ajax), and they have made an impressive start to the Europa League, and might be worth a punt with bookmakers such as esports betting UK, who currently have them at 30-1 to win that competition. Additionally, in September, 20-year-old Malen marked his senior international debut with a goal in the Netherlands' 4-2 win over Germany in Hamburg.

Malen’s move from Arsenal is a bit of a mystery. He was apparently considered one of the best players in his age group at the Academy, and Arsene Wenger stated he had outstanding qualities, including him in the 2017-18 pre-season tour party to Australia and China where he featured in two games. Yet when he left north London, it was said that he was carrying much weight. Donyell stated a desire to play first-team football as his motivation although was looking to extend his contract at Arsenal, and in an interview with the Dutch newspaper De Telegraaf, said he wasn’t leaving the club and that he wanted to extend his existing contract. At the time Luke Hobbs was in charge of the Academy, having stepped up after the departure of Andries Jonker to manage Wolfsburg in the spring of 2017. So it can only be assumed that the decision to sell the then 18-year-old Malen was taken after discussions between Hobbs and Wenger.

Liverpool are the clubs reportedly interested in signing him for a mooted price tag of £50 million and there are stories that Arsenal would like to take him back. A year before Malen’s sale, the club accepted £5 million for another forward – the then just-turned 21-year-old German Serge Gnabry – from Werder Bremen. Gnabry was subseqently sold on to Bayern Munich where he is now an establised first team starter. Gooners would have been well aware of Gnabry’s progress after he scored four goals in the recent 7-2 demolition by Bayern of Tottenham in the Champions League. The difference was that Gnabry was not interested in remaining at Arsenal, as he did not seem to be a part of Arsene Wenger’s plans, having been shipped off on loan for a season at West Bromwich Albion. So rather than let his contract run down, the club sold him. Yet his subsequent development makes you question the decision not to retain Gnabry in the first team squad and give him the first team football at Arsenal he sought, instead of sending him off for a season under Tony Pulis. That loan that went so badly Gnabry returned to Arsenal halfway through the season after making only one first team appearance.

Perhaps, under the new regime, things might be different now. Time will tell. What is beyond doubt is that for financial reasons, the club needs to get a better return from its Academy produce than relatively modest transfer fees. And there is certainly evidence that young players will get more of a chance under Unai Emery, with the likes of Joe Willock, Riess Nelson and Buyako Saka regularly featuring in Premier League games. Nevertheless, it is difficult not to wonder what might have been if the club had retained Gnabry and now Malen.