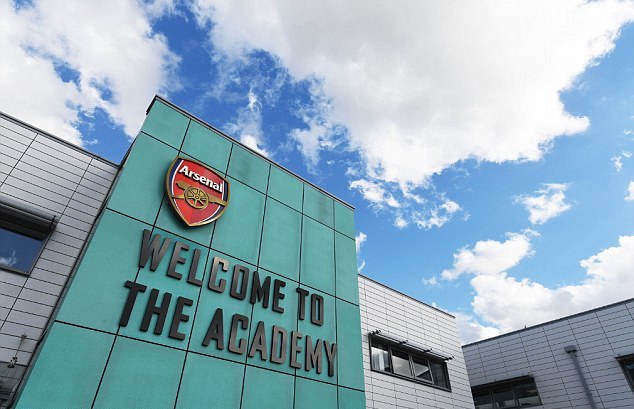 Who would ever think that someone at 14 would get a chance to ref the future generation of professional players? Arsenal’s Youth Academy does just this and gives us young refs a chance to learn the rules of the game whilst refereeing these future stars. When I first started there it was awe inspiring to be in the training ground at Walthamstow surrounded by the red and white kits of these talented Academy players. From the changing rooms to the field, everything is professional and is how a ref wants to be treated. The Academy boys are a talented bunch of players; they are the fastest kids in their respective boroughs and run as fast as a wink! They have the talent to keep the ball for the duration of the game and their rivals don’t know what has hit them.

The academy young boys have the best coaches and all aspire to be the next Thierry Henry. Tactically, they are the best: their coaches’ white boards consist of roles for each player, even the keeper, and these players know their role for each game. The coaches are friendly but instil discipline and all the boys have strong focus for every game they play. Not only are they disciplined, they are also skilful, energetic and extremely fit. They train hard to keep their place at the Academy, hoping for a scholarship when they hit 16. Refereeing these players is such a privilege as I get to see top notch football from these youth players week in, week out.

Watching them with their array of attacking players is like watching Ronaldo at work as they try to be as good as him and some are already showing their glimpses of potential for the future. I guarantee that I will have refereed some stars of the future. Knowing that there will be no rudeness to my decisions as they are there to play football not be argumentative, stroppy or having an ego on the pitch makes my job, as the man in black, all the easier as any cautions are accepted, my decision stands firm and everyone just gets on with the game at hand. Their coaches have drilled them to be the best and they play with an attitude akin to first team players – with a drive and a passion to win and make their opponents know they mean business. These are some tough games to ref as these young players are as fit as the first team. They keep me on my toes - especially the U16’s! They have skills ranging from stepovers to flip flaps as well as the mighty adored nutmeg which can humiliate any defender especially when an Arsenal attacker is the holder of this skill. The fact that these Academy players are the best gives me aspirations to want to continue refereeing to this high standard and one day referee the first team.

As a ref, we see games that are aspirational and have the right to say ‘good game ref’ but there are plenty of games where controversial decisions are made as everyone holds differing opinions on what constitutes a foul. This season of Premier League football has been good for refs especially with the guidance of VAR. Some people are in favour of VAR but the majority of people are still making up their minds as to whether it is successful or not. Man City’s away game at West Ham highlighted that VAR has to make very close, intense decisions made by a small margin which, ultimately, made unfair decisions towards Man City attackers in my opinion. However, VAR provides hope for the future of refereeing as the pros of VAR outweigh the cons and gives the game more than one pair of eyes. (Ed’s note – this article was submitted before the recent Arsenal matches against Sheffield United and Crystal Palace)

My time at the Academy has had many positives for me and has taught me skills useful for the future: calmness, authority and respect. It goes a long way in life and I look forward to refereeing my next match there soon.