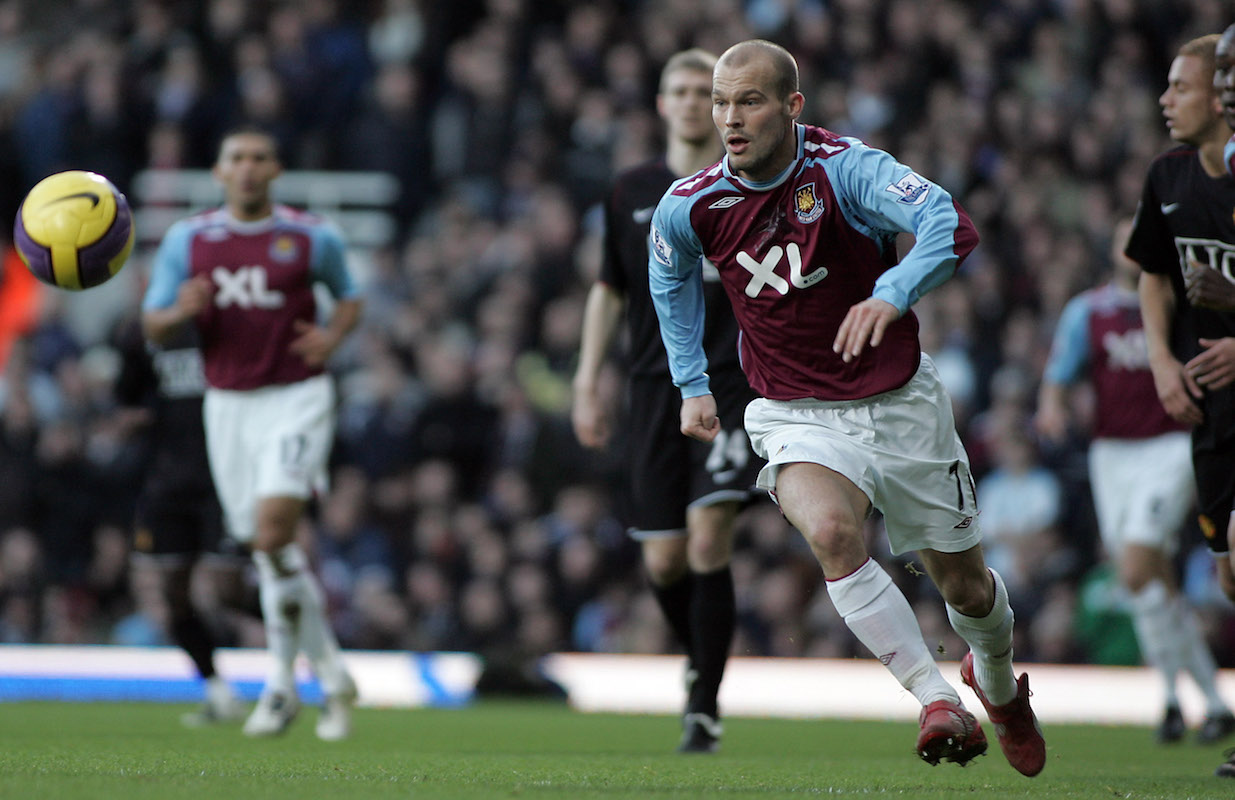 Remember this? Our interim head coach played for a season at West Ham.

Death by a thousand draws?
This may well be Arsenal’s worst winless run in all competitions since 1977 (nine games and counting), but one rather strange fact is that, despite their woeful form, the Gunners have at least not lost back-to-back games since April. And the reason is that they seem to draw matches a lot. You would probably have won more backing Arsenal draws than playing in casinos online, if you were the gambling type. Solitary points are probably useful if the club are to avoid relegation, and let’s face it, bad as West Ham might be at the moment, a draw this evening would hardly be a shock. I recall the corresponding December 2017 fixture was 0-0, one of the dullest matches I can recall attending.

West Ham’s Terrible Record Against Arsenal
Home or away, the Hammers have beaten their opponents this evening just twice in their last 24 meetings. Ok, they are on the up, having defeated Arsenal 1-0 in last season’s match at the London Stadium. But before that, they had failed to win any of their previous 12 home games against the Gunners. Those are the kind of stats that would have a punter in the best online casinos usa laying a home win this evening. So the record alone provides some reason for optimism that at least Freddie Ljungberg’s side will take something from this evening’s outing to East London.

Freddie and West Ham have history
Upton Park was often regarded as a bit of a retirement home for Gunners past their best. A lot of Arsenal players have worn the West Ham shirt after leaving the club (albeit not always taking the direct route). Names that come to me off the top of my head are Liam Brady, Ian Wright, Davor Suker, Matthew Upson, Stewart Robson, John Hartson, Nigel Winterburn and more recently Lukas Fabianski and Jack Wilshere (neither of whom will be fit for this evening’s game). And we can add to that list a certain Fredrik Ljungberg, who played in claret and blue for one season after departing Arsenal in the summer of 2007. He appeared 26 times and scored just twice. It’s fair to say he was well on the way out by then, and it was the last time he played for an English side (although there were a handful of games for Celtic about three seasons later after a stint in the States).

Older heads expected to make good
Ljungberg has overseen two poor performances by his players, so will presumably try and mix things up a bit in search of a solution. It doesn’t look at if bringing in youngsters is the plan, as the interim head coach has stated that he expects his experienced players to get themselves out of this hole. The question is, how does he view the likes of Guendouzi (20) and Pepe (24 – but with limited Premier League experience) in that regard? Do they count as experienced or not? We’ll see when the line-ups are announced. It does suggest though that Joe Willock will return to the bench and we certainly can’t expect something as revolutionary at Martinelli starting.

So what are the defensive options?
Ljungberg will need to have a proper look at Kieran Tierney from the start of a match at some time, given his ability to find players from wide when the team attack is far superior to that of Kolasinac who started both games so far. There is a fitness test on Rob Holding, and given the poverty of the defending witnessed from the centre backs selected for the last two matches, it would be useful for Holding to get a run of games and recapture his form. He’s only started a solitary Premier League game all season due to his recovery from long-term injury. Bellerin will surely remain at right back, but there is an option to try Calum Chambers in the middle. Dare Freddie drop David Luiz? Maybe the best solution might be to move Luiz into a midfield with Torreira and Xhaka to add some solidity. Arsenal need to stop conceding goals.

Conclusion
Arsenal need to get back to winning ways. Three points this evening would see them at least in the top half of the table. They currently sit just four points above the relegation zone. With a daunting fixture list ahead, anything but a win tonight will most likely see them remain firmly ensconced in the relegation mire until some slightly less daunting fixtures come along in January. The interim head coach needs to find a solution to start re-building confidence in a team. Frankly, he could use a bit of luck. But most important of all is that his side stop shooting themselves in the foot. Unai Emery is no longer there to take the brunt of fan discontent. And with what Freddie has inherited, the supporters are not going to target him. They might go for the owners, but it’s also possible that some of the players might get some grief – remember Hector Bellerin at Palace in Wenger’s final season? We need to see some conviction, some discipline and some inspiration. A convincing away win would help the team turn the corner, but truth to tell, Freddie is right to say that experience is what is required – and that applies to the dugout as well. One suspects we might not have to wait too long for the name of the next permanent manager to be announced if Arsenal fail to win tonight.