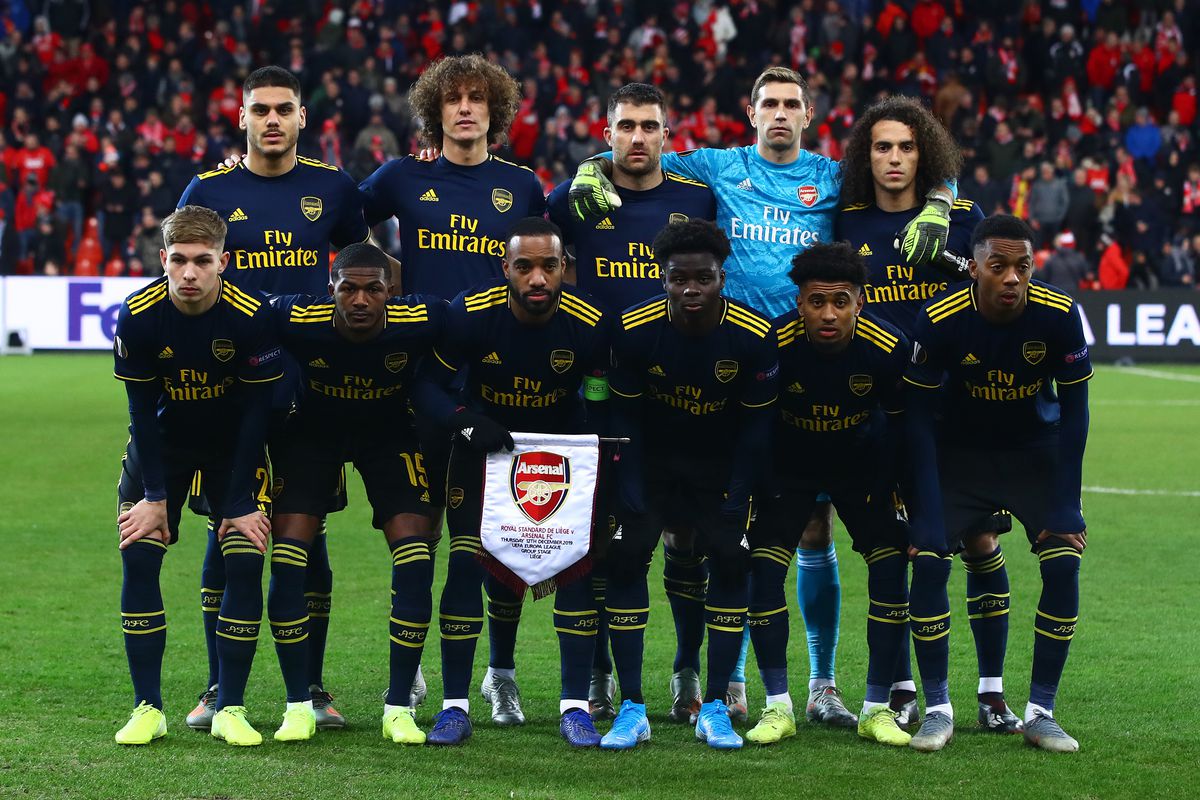 So it was a return to three at the back for the starting eleven against Standard Liege, a situation forced by the injury situation at left back with both Tierney and Kolsinac missing the trip. That the former will be out for three months due to a shoulder injury is a big concern, although in fairness, the club’s ambitions are now pretty limited for the remainder of the season.

Ljungberg fielded a fairly young team, with Mavropanos in defence alongside Luiz and Sokratis. I thought he’d disappeared completely. Five of the line up were 20 or under, as Saka, Willock, Smith Rowe, Nelson and Guendouzi came in to the eleven, as did Martinez, Lacazette and Ainsley Maitland-Niles as Freddie rang the changes from Monday evening.

I didn’t realize at the time of the game between the two sides earlier in the season that Michel Preud-Homme was the Liege coach. Those of us of a certain vintage will have good memories of Bologna in June 1990 and England beating Belgium 1-0 in the World Cup Finals. David Platt smashing a late extra-time volley past Preud-Homme in the Belgian goal. The shotstopper could give tips on hair to Guendouzi and Luiz as he sported quite a perm back then, as did a good number of players at that tournament. Almost 30 years back… where did the time go?

Back to 2019 and a noisy, but far from sold out stadium in Lieige, and what do you know? Arsenal’s backline guilty of some very dodgy passing, presenting their hosts with too many opportunities for comfort. Still, it wasn't all bad news. The forward players created a lot more danger than their senior colleagues did in the first hour at West Ham, with Smith Rowe, Saka and Nelson going very close to opening the scoring. Yet the team were not controlling the ball often enough – giving away possession rather than building moves with simple passing into space. They could get the ball forward but there was a lack of quality in the final third – even with Lacazette in the middle – perhaps down to a lack of understanding. Smith Rowe was the exception as he just kept it simple and played the ball into space his colleagues could run into.

At half-time, Eintracht Frankfurt were 2-1 up at home to Vitoria and it looked like Arsenal would need to win to top the group. With this in mind, the first 25 minutes after the re-start did not go to plan, as Standard went 2-0 up. Deflections off Sokratis and Mavropanos leading to the goals. At one down, Ljungberg switched to four at the back by bringing on Martinelli for Sokratis, and eventually, the extra attacker made the difference. There were jitters at two down – they couldn’t score five, could they? Fortunately, a brilliant Saka cross was headed home by Lacazette and we could all breathe easy. Even if runners-up, the Gunners would at least be through. Shortly after, a good combination between Saka and Martinelli allowed the latter to score. He had a decent game overall, Arsenal’s best player after Smith Rowe.

The last ten minutes are gloriously open end to end football as both teams chased the win, Aubameyang being brought on for Smith Rowe. Shock news from the other game where Vitoria scored twice to lead 3-2 added to the intensity of Liege’s attack, as suddenly a win of any margin would see them qualified. With the scorelines of the two matches, it felt like the race for the top four last season, with teams tripping over themselves to present opportunities to each other. No-one seemed to actually want to achieve their targets. In the end, Arsenal could have lost the game and still topped the group, but we weren’t to know that, so the less positive aspects of the performance can’t be glossed over. Defensively, the build from the back game is going to be heavily punished if they continue with it on Sunday against Manchester City. Attack-wise, it was more encouraging than against West Ham in that they at least got a lot more efforts in on the Liege goal. But it took a while for the finishing to get accurate, and against better sides the game would have been gone by then.

Nevertheless, for such a young side, it turned out ok. Lessons to be learned, and we’ll have a different set of players at the weekend. Arsenal are in the hat for the first knockout round and seeded. Let’s see who they can look forward to playing in February.