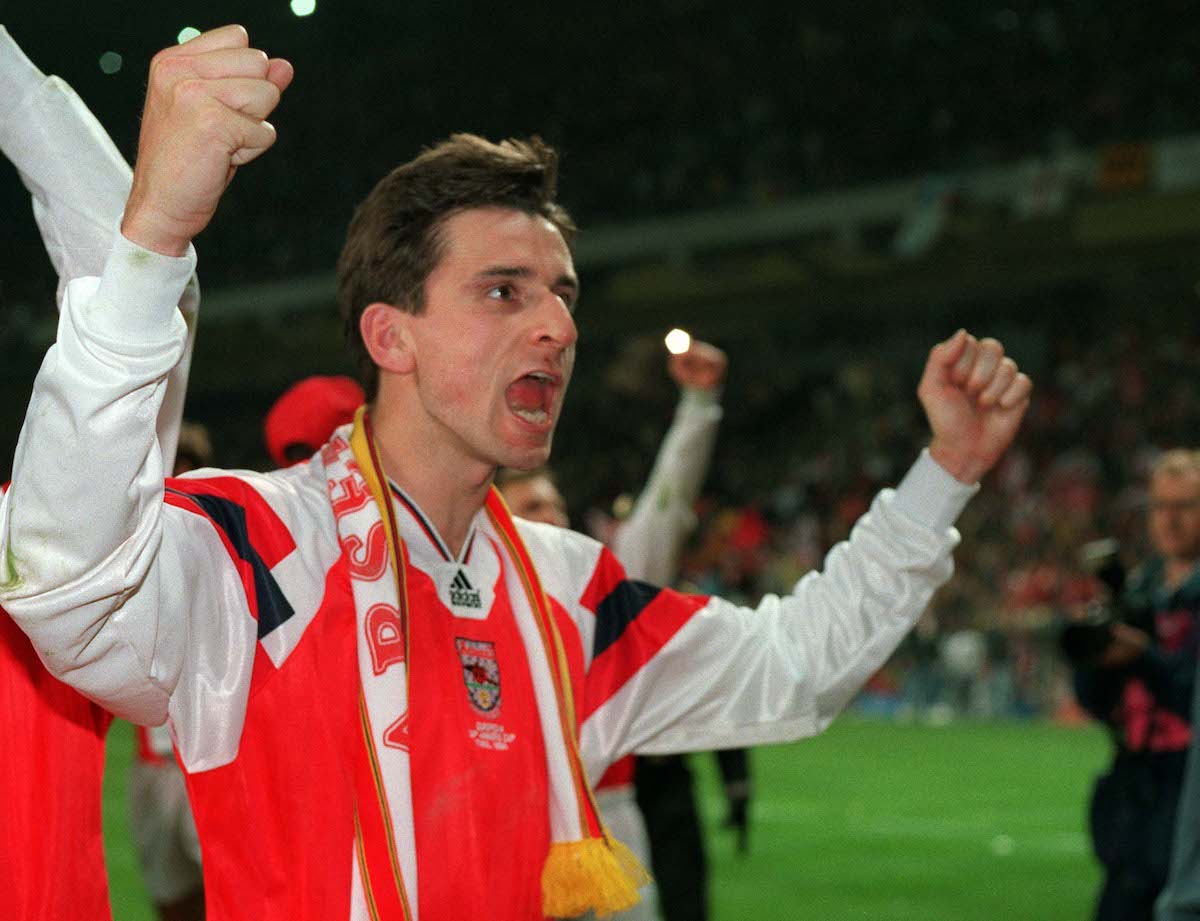 Today is the anniversary of Arsenal’s victory over Parma in Copenhagen to secure their second European trophy. The Gooner spoke with Alan Smith last year for their GoonerFanzineTV YouTube channel (full video here) and here’s what he told us about the triumphant campaign...

My memories of that 1994 run? Standard Liege in the second round. I scored the first [Arsenal beat Liege 10-0 on aggregate including a 7-0 win at the Schlessin in the second leg) but I remember Torino in the next round was a grind.

It was 0-0 at the Stadio delle Alpi in the first leg in a horrible game and it was 1-0 at Highbury to get past them. And then of course it was PSG in the semi-final with the first leg over in Paris.

At half time the fans started singing 1-0 to the Arsenal to the tune of the Pet Shop Boys 'Go West'. That's where that song started. We got a great result over there, 1-1 against a good PSG team with David Ginola. He got a near post header from a corner after Bouldy and Tony had been giving him grief all night and he's gone back to give them back. He wheeled away to celebrate then turned around to give them some stick back which was quite funny.

At Highbury Kev Campbell getting an early goal and of course Wrighty getting booked and being in tears at half time. He did a great job in the second half to get us through to the final.

The final itself? We were massive underdogs with suspensions with Wrighty missing who was our chief goal getter to say the least. Martin Keown was injured. John Jensen was out. Steve Morrow was in midfield against half of Italy's 1994 World Cup side. They also had Brolin, Asprilla and Zola. It was a miracle really. But when I got the goal you had to fancy us really as that back four was at it's peak along with Dave Seaman.

We did ride our luck let's be fair but it was great to do it as Arsenal had only won one European trophy before that. It was lovely to do it on a European stage. There were a lot of good teams in that competition including Real Madrid so to win it made it a great night. That was satisfying as it came at a time when I wasn't enjoying my football....