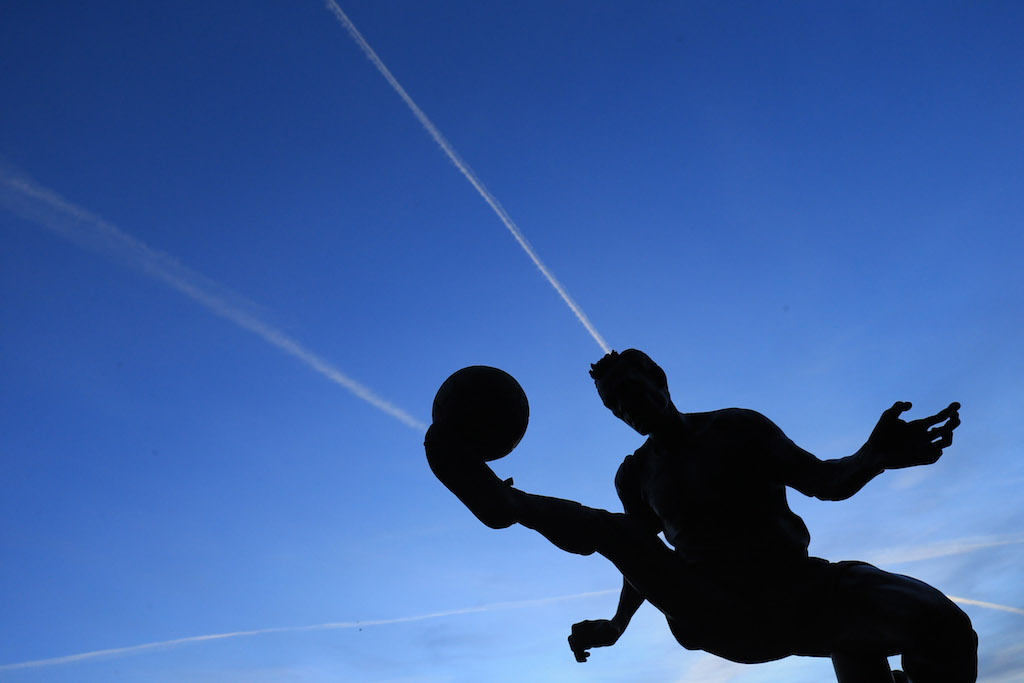 May 10 marks Dennis Bergkamp’s 51st– arguably the most skilful footballer ever to play for The Arsenal. CREDIT: OFFSIDE

While Elvis Costello once said writing about music is like dancing about architecture, we have assembled ten of DB10’s best quotes to get a flavour of the man behind the goals, the glorious-through balls, the twists, the turns, the feints, the incredible two-footed ability and the sheer artistry of one of football’s true icons...

You know the goals, now read the quotes…

Bergkamp reflecting on what it means to be an Arsenal supporter

“And then I saw Highbury for the first time…wow! This was football! I loved all the houses around it, then you turn the corner and there’s the stadium! That’s not Dutch, nor Italian; you don’t see it in Europe. It’s just typically English.”

“Other clubs never came into my thoughts once I knew Arsenal wanted to sign me.”

Bergkamp on signing for The Arsenal

“We went to Sweden and trained twice a day. The first evening I went for a walk with my wife and saw eight or nine Arsenal players sitting outside a pub, drinking beer. I thought: This is unbelievable. You’ve just had two hard sessions to prepare for the season, and now everything you did is going down with the alcohol…”

On his first pre-season trip with Arsenal

“Ten yards before the ball arrived I made my decision: I’m going to turn him. I knew where Dabizas was. The thought was, ‘just flick the ball and see what happens’. Maybe he’ll block it, or the flick won’t be wide enough, or he’ll anticipate and get two yards ahead. Or maybe he’ll be surprised and I’ll be one or two yards in front of him. As it happened, I still wasn’t in front of him, so I had to push him off. So you need some luck as well…”

“It got so bad I would look up at the sky during away games to see what the weather was like. Were there any clouds coming? Sometimes I was preoccupied by the flight home while I was playing football. It was hell.”

When asked about his fear of flying

“Behind every kick of the ball there has to be a thought.”

DB10 on the thinking why he performed chips and lobs

“The only team that needs to win trophies is the first team. The youth teams don’t need to win, they just need to make their players better.”

On the real importance of an academy

“Most of the time I was by myself, just kicking the ball against the wall, seeing how it bounces, how it comes back, just controlling it. I found that so interesting”

On how he honed his skills as a youngster