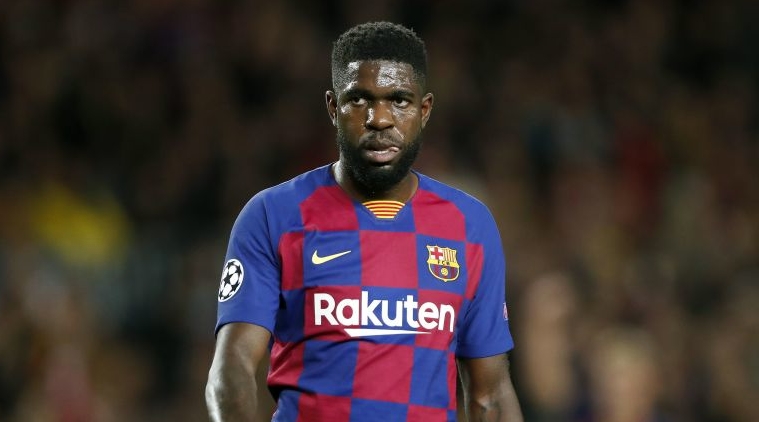 Umtiti – Arsenal have signed a number of French centre-backs over the years – might he be another?

While it has been a disjointed season of disruption and disappointment at Arsenal, it should mean new boss Mikel Arteta understands exactly where his squad needs improving this summer.

Arsenal have stuttered throughout the campaign and eventually parted with manager Unai Emery after a lack of consistency in both results and team selection. The loss of Aaron Ramsey last year and more defensive frailties meant the goals of Pierre-Emerick Aubameyang and Alexandre Lacazette stopped bailing them out.

Arteta’s arrival from Manchester City saw Arsenal enjoy a little more stability and a host of young players being given a chance to shine. Eddie Nketiah, Joe Willock and especially Bukayo Saka all got more minutes as the Spanish boss made his mark.

FA Cup hopes still alive
Arsenal conceded just eight goals in Arteta’s first 10 games as manager to give fans hope that something could yet be salvaged from the current campaign. Arsenal are still within touching distance of the Champions League places and still in this season’s FA Cup. They are priced at 9/1 (10.00) to lift the trophy at Wembley when football returns. Added value and convenience when betting on Arsenal’s FA Cup chances can be boosted when using bonus codes on Paypal betting sites. Supporters might even find their price tempting given the squad’s overall ability and that new-found youthful tenacity.

However, even if Arsenal do find a way to take something meaningful from the current season, it’s clear Arteta has to make some serious improvement when the transfer window opens again. The first area under the spotlight should be his defence.

Defensive frailties must finally be addressed
Arsenal have been a soft touch defensively for far too many seasons. It was an issue that dogged the end of Wenger’s reign and it still hasn’t been solved.

The full-back positions are looking stronger thanks to the emergence down the left of Saka. Kieran Tierney can compete with him while right-back Hector Bellerin is backed up by January loan addition Cedric Soares, who becomes a free agent this summer. An Emirates move for PSG left-back Layvin Kurzawa is also a possibility.

The bigger issue is in central defence. While Sokratis, Mustafi, Kolasinac and David Luiz have a wealth of international and European experience under their belts, Arsenal need a talisman alongside them to galvanise that area of the pitch. We may see Arteta move one or two of those big names out to make room for a new defensive addition. This seems even more likely with William Saliba ready to join up a year after he was secured from St Etienne. Here we look at a few names that could help revamp Arsenal’s ailing rearguard:

Samuel Umtiti – Barcelona
The young Frenchman’s progress has stalled this season and he has found game-time hard to come by and the Camp Neu. The World Cup-winner was hailed as the next big thing four years ago but is likely to be up for grabs this summer.

He was a key man in that France World Cup win in 2018 and was a regular alongside Gerard Pique at club level that same season. However, he has since found himself behind countryman Clement Lenglet, and Barca seem keen to move him on. Arsenal are likely to face stiff competition for his signature but the 26-year-old is a name that Arteta would have to look at if the chance arose. This of course is dependent on him making the expected recovery from the calf injury he suffered on his post-lockdown return to training.

Willy Boly – Wolves
Commanding Frenchman Willy Boly is one of the best defenders outside the top four. He offers composure on the ball as well as a physical presence and should be on Arteta’s shortlist.

A key man at Molineux, 29-year-old Boly has been operating in a back three but also looks capable of adapting to a flat back four if required. He’s also played both on the left and right side of the back three during his time at Wolves and adds aerial prowess in both boxes. That said, it may be hard for Arteta to prise him away from Nuno’s project and an upwardly mobile club currently forging ahead of the Gunners.

Ousseynou Ba – Olympiacos
Ba has impressed for Olympiacos this season and will be familiar to Arsenal fans after the Greek side sent them crashing out of the Europa League. The Senegal international team-mate to Sadio Mane is another physical presence that could have plenty of improvement still to come at the age of 24. It is believed the defender would cost around €20million. Even though he lacks experience at the very top level, he may be an achievable target if others fail to get over the line.