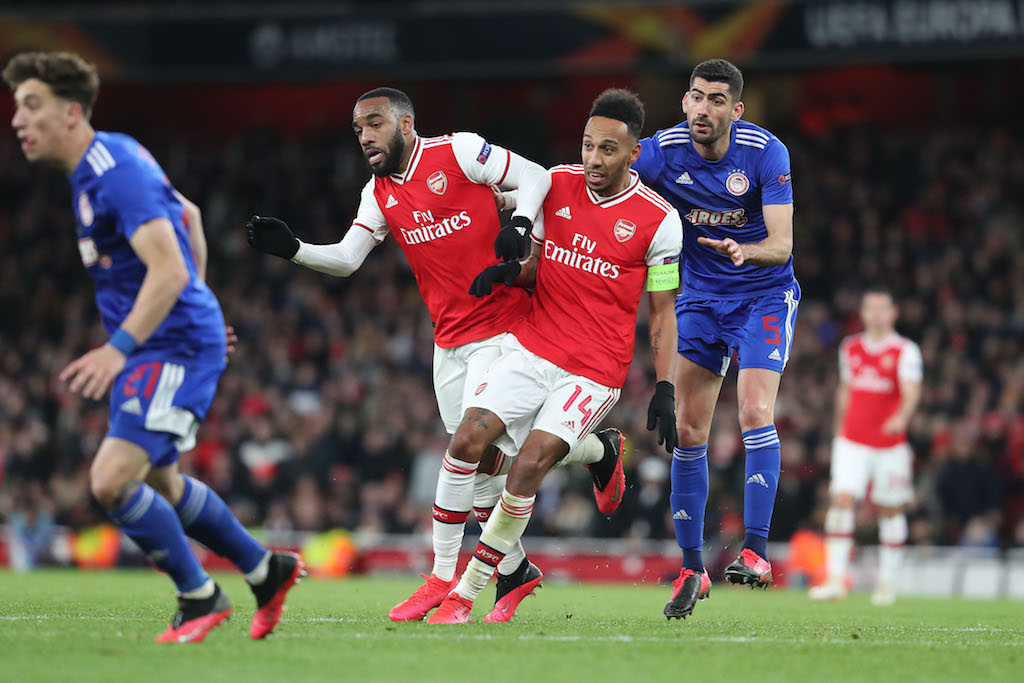 Separated at the hip. Could best pals and Arsenal's strike duo of Pierre-Emerick Aubameyang and Alexandre Lacazette be the target of a sensational 'raid' by a Series A giant? CREDIT: OFFSIDE

Napoli are set to 'raid' Arsenal for the services of strikers Pierre-Emerick Aubameyang and Alexandre Lacazette according to reports coming out of Italy.

The Serie A giants are keen on making a sensational swoop for the Gunners strike pair with San Paolo boss and former Italy World Cup winner Gennaro Gattuso a big admirer of both.

The former combative AC Milan midfielder is on the lookout for an attacker and has previously expressed an interest in Lazio’s Ciro Immobile – but the Romans are reluctant to sell the league’s top scorer to direct rivals, hence Gattuso looking further afield.

With Aubameyang due to head into the last year of his contract with the north Londoners on June 30 – and no real movement on signing a new deal with Arsenal – Gattuso feels the Gabon striker could be a far cheaper option.

With Arsenal’s finances stretched due to a fall in matchday and TV revenue because of the lack of fixtures during the coronavirus pandemic, Mikel Arteta could be swayed by a cash offer – especially as he could lose Aubameyang on a free transfer in June 2021, with Lacazette's current deal only running until 2022.

Reports from Calcio Napoli 24 say Gattuso could be preparing a double bid for Aubameyang and Lacazette – with the monies received then ploughed back into Arteta’s transfer fund as he looks to boost his squad.

If Arteta is prepared to allow Aubameyang to leave the Emirates he is hoping for a transfer bidding war as the 30-year-old has also been linked with Barcelona, Real Madrid and Gattuso’s old club Milan – even if the loss stemming from his departure would be considerable, as he has hit 17 goals during the truncated 2019-20 season, as well as being the club captain.

For his part Lacazette has grown frustrated at a lack of first team opportunities under Arteta and has cut a frustrated figure at times this season, notching an underwhelming nine goals in 26 games - and is said to be interested in a move away from the Premier League.