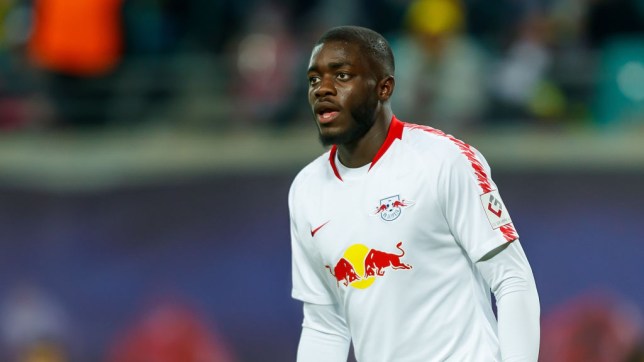 It has been an indifferent start to the Mikel Arteta era at the Emirates, and there is a belief that the 2020 summer transfer window is huge for the Spaniard. Arteta arrived just before the start of the January window but was unable to bring in any noteworthy additions due to the tight finances that the club had.

Cedric Soares was brought in on loan from Southampton, but the full-back hasn’t had the impact that was expected and will likely be heading back to the Saints over the summer.

Nicolas Pepe struggled to adjust to life in the Premier League at the beginning of the campaign, but before the pause in play, he was beginning to show his very best form. Much will be made over the long-term futures of Alexandre Lacazette and Pierre-Emerick Aubameyang.

Should the Gunners lose one of those stars, then a massive cash injection will be needed in the final third. However, it’s unlikely that the Gunners will let both stars go this summer. But, which other players can be brought in over the summer to take them back towards the top of the division?

Dayot Upamecano
The Gunners need to sort their defence out before they can have any hopes of achieving a top-four finish never mind a challenge for the league title. Arsenal were reportedly interested in Kalidou Koulibaly, but it would seem that they will be priced out of that move by other clubs. Instead, they can make a move for RB Leipzig strong central defender Dayot Upamecano. The defender would appeal to the Gunners for both his ability and potential.

The 21-year-old has enjoyed another stellar season for Leipzig. He has played 21 games this season and will be a welcome addition to a Gunners defence that has leaked goals throughout the season. His aerial prowess would be a strength, as he has recorded an average of two winning aerial duals per match in the top-flight in Germany this season. It would be a signing that would excite Arsenal fans.

Samuel Umtiti
Arsenal has been that poor this season that the club may invest in two new central defenders. The signing of David Luiz hasn’t worked out quite like the Gunners faithful would have hoped, and that means that the Gunners may finally finalise their plans to bring in Barcelona defender Samuel Umtiti. The Frenchman has struggled to leave his mark at the Spanish club, and they have been listening to offers for the 26-year-old for the past couple of transfer windows.

Unlike Upamecano, the Gunners will know exactly what they are getting with Umtiti, and that is an experienced international defender that will undoubtedly make them a more solid unit. Barcelona may still be hoping for a considerable offer, but the left-footed defender will make Arsenal a more solid defensively unit, and that’s something that would make Arsenal a better side in 2020-21.

The defender fits the bill for what the Gunners would want as he has a 92% pass completion rate, and makes 0.8 tackles and 1.9 interceptions per game.

Thomas Partey
The Gunners need another defensive midfielder, and Thomas Partey would be the player that all Arsenal fans will be hoping for. Lucas Torreira could be on his way out of the Emirates, while Granit Xhaka’s Arsenal career has been a question of speculation ever since he was stripped of the captaincy earlier in the season. Partey would slot straight into the Arsenal side, but he will not come on the cheap side.

The Ghanaian is reportedly interested in signing for the Gunners, and that could make the signing more likely. However, whether the Gunners will be able to afford the £60 million release clause remains to be seen. Also, as the Newcastle United takeover seems to be a reality happening soon, the Magpies might be an unlikely competitor in the acquisition of the midfielder.

Partey has a long list of strengths that will be a welcome addition to the Gunners midfield, including his ability to make interceptions and dribbling past opponents. Besides that, he has an incredible physique and the stamina of a horse competing in the Kentucky Derby. This could be a signal of intent should Arsenal be able to get the deal over the line.

Who are you backing up to join Arsenal this Summer? Who did we miss?