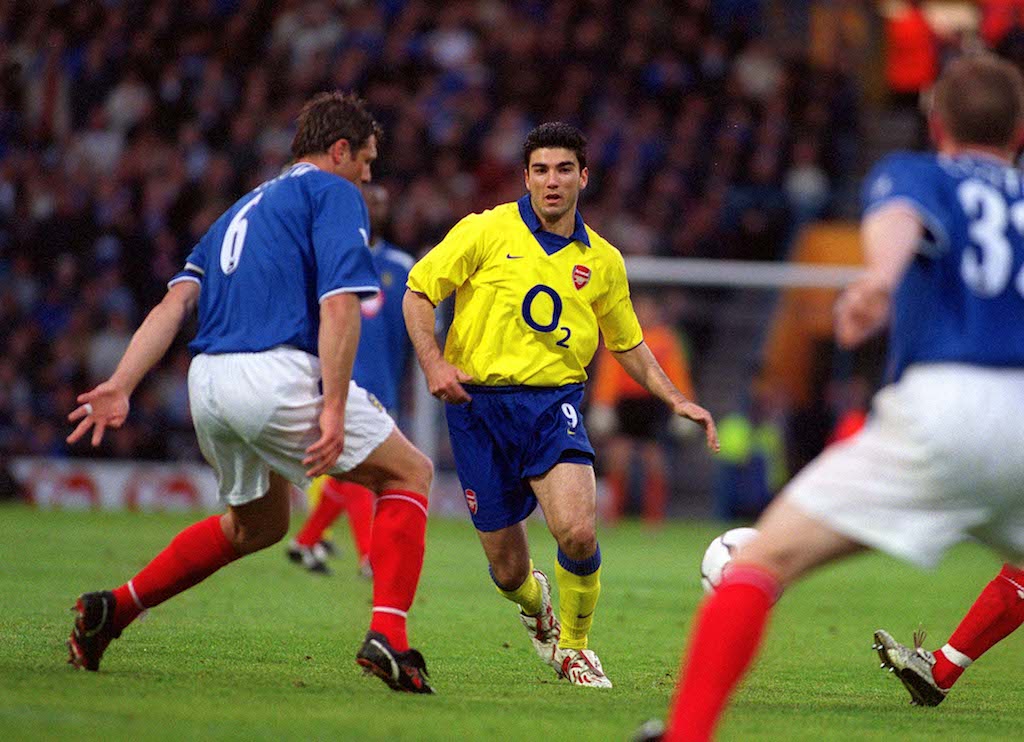 Jose Antonio Reyes, who tragically passed away a year ago today, will always be remembered fondly by Arsenal fans - not least because Arsene Wenger's famed 2004 unbeaten side would never have been Invincibles without the Spanish attacker.

Reyes died instantly after his Mercedes Brabus S550V went off the A-376 motorway just before midday on June 1, 2019, near the town of Alcala de Guadaira close to Seville. The vehicle is believed to have hit concrete blocks by the side of the motorway before flipping over and bursting into flames.

The footballer was returning with his two passengers after a training session at Extremadura, the club he was playing for, to his home in his native Utrera near Seville.

Reyes joined Arsenal in January 2004 and won the Premier League in his first season becoming the first Spaniard to lift the English title, making 110 appearances in total for the north London side.

Yet, arguably his most important contribution to the cub was at a cold and wet Fratton Park in Portsmouth on Tuesday, May 4 2004.

Wenger's Arsenal had already clinched the Premier League title two games previously at White Hart Lane - but on that night 15 years ago, their aim was to finish the season unbeaten.

Arsenal's pursuit of a place in history - and the first unbeaten top-flight season since 1889 - looked to be a mere pipedream with only minutes remaining against Harry Redknapp's lively Pompey side who went 1-0 ahead through Yakubu Aiyegbeni.

Where the Gunners had sprinted to the title they now stuttered, before Reyes' key intervention.

The forward had already seen Arsenal fans had take him to their hearts after a stunning two-goal salvo in one of his early games, against Chelsea at Highbury in the fifth round of the FA Cup

Reyes never settled in London, struggling to acclimatise to the culture and the weather. He was accused of being aloof and failing to integrate - but the simple truth was that he was a shy youngster who preferred home comforts to the bright lights of London town after signing for an initial fee of around £10.5m from boyhood club Sevilla.

He was known for insisting on having his large family around him during his time at Arsenal, and was happiest when simply watching Spanish television at his house, rather than exploring the delights the capital had to offer.

Nevertheless there was a large amount of goodwill for Reyes during his time at Highbury.

He also played a spectacular part in a number of enthralling matches during his spell at the club between 2004 and 2007 including grabbing a scorcher in the comeback 5-3 victory over Middlesbrough in August 2004.

In a storming start to the 2004/05 season he also starred in 4-1 victories on the road at Everton and Norwich during that memorable August before his performances tailed off.

Reyes was also to grab the winner against Fulham at QPR's Loftus Road a week after the Portsmouth match.

Yet it was that night in Portsmouth that sealed his place in Arsenal folklore as he equalised to make it 1-1 with time running out.

Without Reyes' input, Arsenal might have followed Liverpool and Manchester United in being beaten by Portsmouth that season - and more importantly lost their unbeaten league record.

With minutes remaining, Thierry Henry became Reyes' provider, curling a cross from the left to the far post. The Pompey backline failed to clear convincingly before the ball fell to the former Sevilla attacker.

Reyes, positioned on the edge of the area, showed his best traits that threatened to propel him into the list of Arsenal greats, by showing superb technique, anticipation and vision to volley low and powerfully into the corner to grab his first league goal for Arsenal.

As the final whistle went, the view from the away terrace at Fratton that night, as well as the players on the pitch, was one of relief that their unbeaten run continued - fuelled by Reyes impressive display on an unseasonably cold but raucous evening on the south coast.

"I feel that he still has to adapt, he has to mature," Arsene Wenger said after the match. "But Reyes is very dangerous and very mobile."

He left Arsenal far from a club great, yet still held in esteem, having won an FA Cup, before he joined Real Madrid on loan in the 2006/07 season before making a permanent switch to Atletico Madrid.

Over the course of his career he was a Europa League winner on five occasions, a La Liga champion and also won the Portuguese league title.

Reyes did not fulfil the level of performance in north London he showed during his stunning early appearances for the Gunners, but with his performance and memorable strike against Portsmouth that night a decade and a half ago he signed his name into Arsenal folklore forever - by ensuring Wenger's side became Invincible.