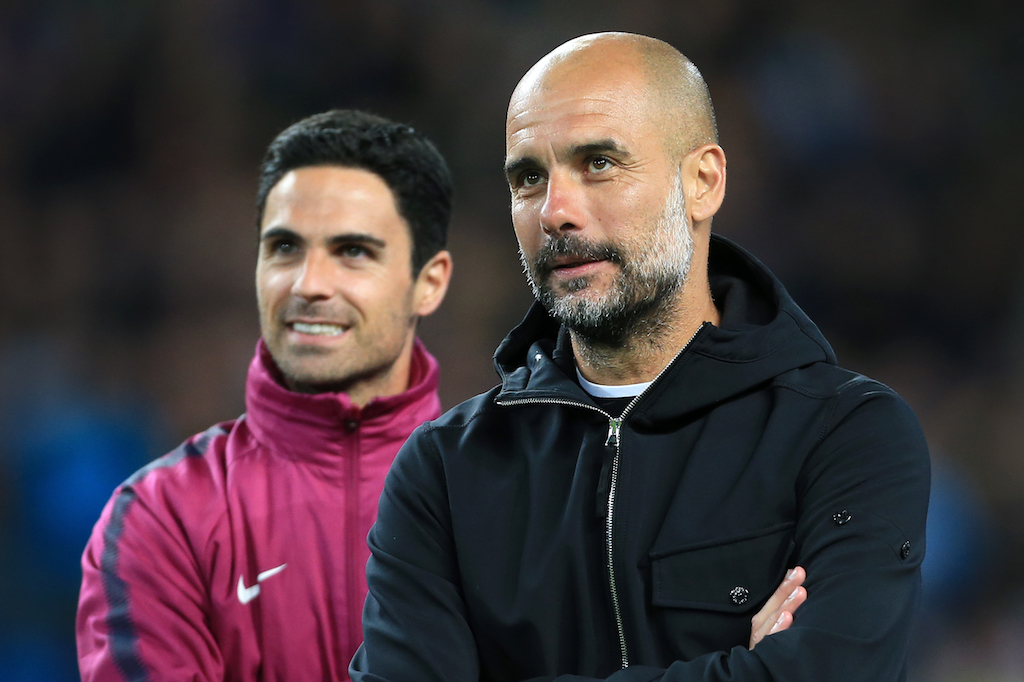 Manchester City vs Arsenal marks the beginning of a new normal after the coronavirus pandemic forced the postponement of all Premier League games in March.

City and the Gunners meet at the Etihad for their 29th league game of the tortured 2019/20 season. The original fixture was scheduled for Wednesday, March 11 but postponed due to Covid-19. A few days later, Arsenal head coach Mikel Arteta tested positive for the virus, prompting the complete shutdown of football in this country.

Arteta is preparing to take his side to the Eithad on Wednesday, as England’s top division restarts – and the Gunners boss aims to carry on where he left off.

The Spaniard – who took over as head coach before Christmas last year - injected new life into a previously moribund squad and aims to maintain their unbeaten league record in 2020.

Previewing the clash with Pep Guardiola’s side, Arteta said: "I think it'll be important to restart strongly, but it won't be simple against City in our first game.”

Speaking on Monday, Arteta added: "We have to take every game in the same way, to go there and win the game. We know that every stadium and every opponent is completely different.

“I have to focus and I have to try to convince my players to focus on what we have to do, we cannot control everything that Man City does, it's impossible.

“Even if we want to and I will drive the players mad in order to do that. So I just try to convince them on what we can do to try and beat them, what is the best plan possible for us to have the best possible chance to compete in that game and to win it."

However, even with a good result at the Etiahd, Arsenal face stiff competition for European qualification, with eight points separating them in ninth place from Chelsea who sit in fourth, with a game in hand.

While City boss Pep Guardiola has the luxury of a fully fit squad to choose from, Arteta makes the trip to the Etihad without Calum Chambers and Lucas Torreira for the comeback game.

The latter is still to regain full fitness following a fractured ankle, while the former ruptured his anterior cruciate ligament last December, and is now back training outdoors, but is not expected to make an appearance again this season.

Full-back trio Hector Bellerin, Sead Kolasinac and Kieran Tierney are all fit and ready for the restart following a season blighted by injuries, while City’s Leroy Sane could be set to make his first appearance of the season after returning from a serious knee ligament injury.

Promising centre-back William Saliba – set to to join Arsenal from Saint-Étienne this summer - will not be able to play until next season.

Captain Pierre-Emerick Aubameyang is determined to add to the 17 goals he already has this season as contract talks with the club rattle on.

A new temporary rule brought in by the Premier League will allow managers to name up to nine players on the bench for the rest of the 2019/20 season.

The Premier League announced earlier this month the ‘temporary changes’ to the rules which will run up until the end of the 2019/20 season.

While Arsenal have not won away to one of the 'big six' since January 2015, Arteta’a inside knowledge of City following his spell as Guardiola’s  trusted lieutenant could see Arsenal spring a suprise at the Etihad.