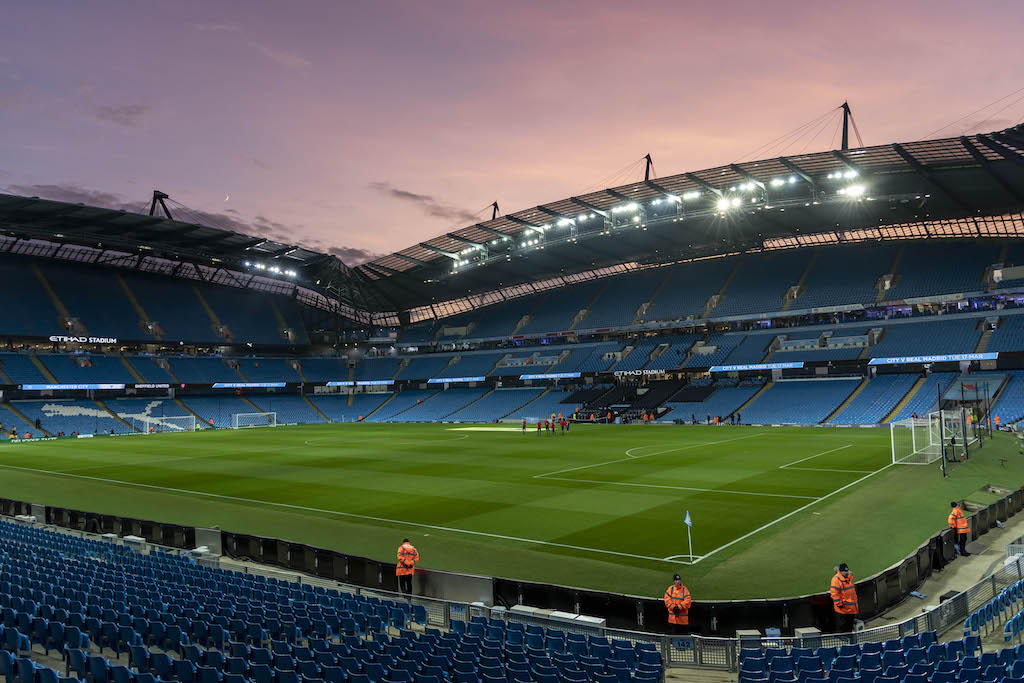 Arsenal lost 3-0 to Manchester City on a miserable night for Mikel Arteta's Gunners at the Etiahd on Wednesday evening.

Bernd Leno – 8.5 – A string of impressive saves kept the scoreline down, but as always seems to be the case, he was let down by someone in front of him. The German deserves much better when it comes to defensive support.

Hector Bellerin – 5.5 – Marshalled Raheem Sterling well in the opening stages, but left too much space for the winger as the game went on. The Spaniard does look sharper after some rusty performances before the break though.

Shkodran Mustafi – 5 – An okay performance from the German on Arsenal’s return to action.

Pablo Mari – 6 – Went off injured with 25 minutes gone, but the Spanish defender looked solid and assured – unlike the man who replaced him.

Kieran Tierney – 7 – Looked sharp on his return from injury and put in a solid display at left-back and then in central defence after David Luiz was sent off. Mikel Arteta will be pleased to have the Scot back.

Granit Xhaka – N/A – Having lasted just four minutes before going off injured, Arteta will be sweating over the fitness of his key midfield cog.

Matteo Guendouzi – 3 – Offered little as City overran Arsenal time and time again in the middle of the park. The young Frenchman’s work ethic is commendable, but his positional sense needs work.

Bukayo Saka – 4 – Showed flashes going forward, but saw too little of the ball to make an impact.

Joe Willock – 2 – The youngster was tasked with providing Arsenal’s forward thrust, but he was anonymous throughout before being replaced just after the hour.

Pierre-Emerick Aubameyang – 2 – Barely touched the ball out on the left as Arsenal failed to create any real chances of note, leaving their forward players isolated.

Eddie Nketiah – 5 – The youngster was given the nod ahead of Alexandre Lacazette and he looked sharp in the opening stages, but he was starved of service throughout and became isolated up top.

Dani Ceballos – 4 – Replaced the injured Granit Xhaka but was overran as City began to dominate the game. The Spaniard also struggled to find the time and space to get Arsenal moving forward.

David Luiz – 0 – With his future at the club on the line, the hapless Brazilian may have played his way closer to the exit door. On the pitch for just 25 minutes, he gifted City two goals and was also sent off. Football might have changed, but David Luiz hasn’t.

Alexandre Lacazette – 3 – Much like Nketiah and Aubameyang, he found himself isolated after coming on.

Ainsley Maitland-Niles – 3 – Came on in his preferred midfield role but did little to impact the game.

Reiss Nelson – 4 – Tried to create openings down the right, but didn't see enough of the ball.