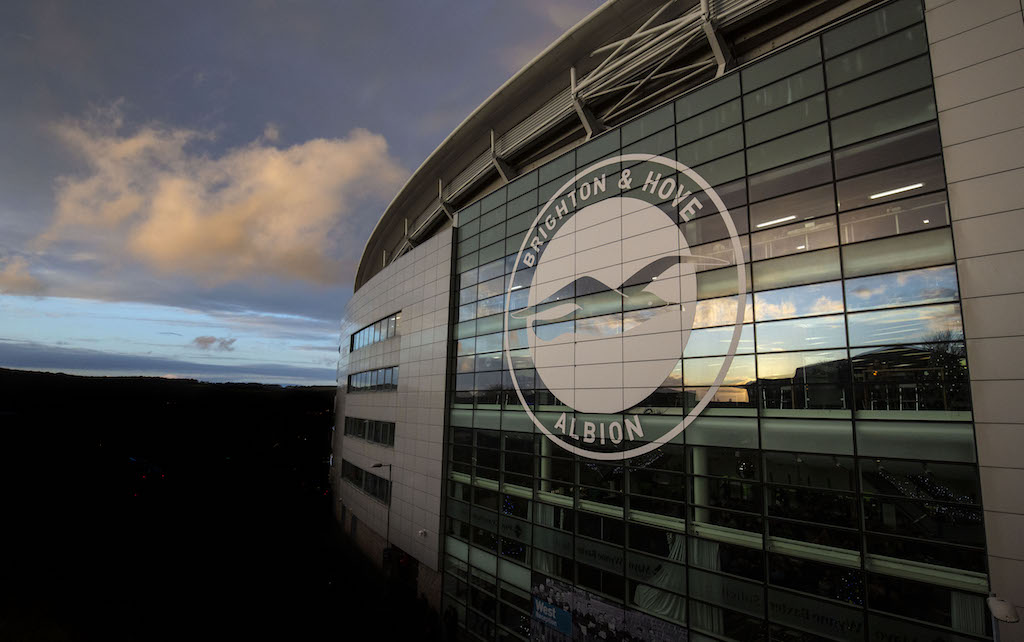 Can Arsenal get a result at the Amex against Brighton on Saturday? CREDIT: OFFSIDE

Granit Xhaka could miss Arsenal’s match on the south coast due to an ankle problem, while Pablo Mari has also joined a lengthy injury list in midweek after inuring his ankle at Manchester City.

Error prone Gunners centre-back David Luiz begins a two-game ban after being sent off at the Etihad during the dispiriting 3-0 defeat on Wednesday.

Head coach Mikel Arteta is deciding whether to include Mesut Ozil after omitting him from the starting XI and bench at City as Arsenal look to improve their dreadful record on the road, withonly two victories of their 14 away league fixtures this season.

Zech Medley has been included in Arteta's squad for the visit to the Amex.

For Brighton long-term absentee Jose Izquierdo is the only player unavailable to head coach Graham Potter.

Brighton lost the first Premier League meeting between the sides in October 2017 but are unbeaten in the subsequent four games against Arsenal, including a brace of 1-1 draws last season and a 2-1 victory at the Emirates last December when Freddie Ljungberg was in charge after the club terminated Unai Emery’s contract.

Calum Chambers
Left knee. Ruptured anterior cruciate ligament of his left knee during Chelsea (h) on December 29. Rehabilitation post-surgical repair continuing and currently progressing well with running and gym work. Will not be available for proposed schedule of remaining 2019/20 matches.

Pablo Mari
Left ankle injury sustained during Manchester City (a) on Wednesday. This is a significant injury which is currently undergoing further specialist assessment.

Sokratis
Mild strain to right thigh. Aiming to return to full training in the next two weeks.

Lucas Torreira
Right ankle. Sustained fracture to right ankle during Portsmouth (a) on March 2. Progressing well and aiming to return to full training in the next two to three weeks.

Granit Xhaka
Right ankle. Sustained sprained ankle during Manchester City (a) on Wednesday. Aiming to return to training in the next two weeks.