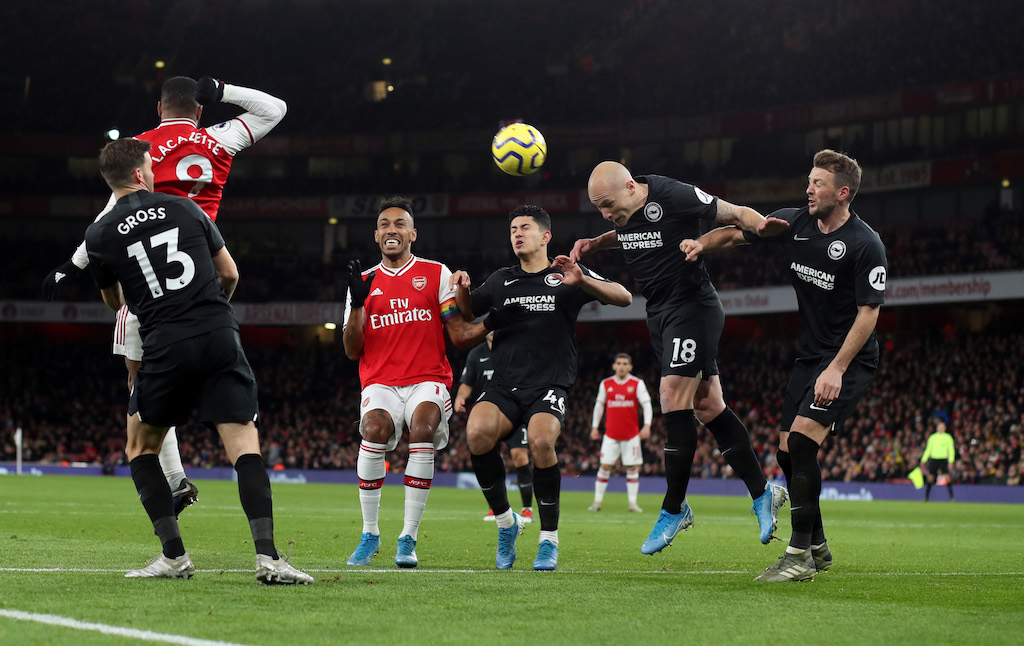 Arsenal return to Premier League on Saturday afternoon when they travel to Brighton, with the Gunners keen to get back to winning ways after defeat to Manchester City. The Gooner Fanzine’s Dan Mountney predicts the team Mikel Arteta could name for the clash at the AMEX.

The German returned to action with an impressive performance at the Etihad on Wednesday night, and he will keep his place between the sticks. Leno will be hoping for more protection from his defence though.

After some rusty displays before football’s suspension, the 25-year-old seemed much sharper on Wednesday night and should remain in the starting XI. Bellerin will also be hoping for a win so he can plant the first batch of 3,000 trees as part of a pledge to help the environment.

One of the few fit central defenders available to Arteta, the German should keep his place in the team against Brighton.

The Englishman was left out of the squad on Wednesday night, but with Pablo Mari and Calum Chambers out for the rest of the season, David Luiz suspended and Sokratis still a few weeks away from fitness, he will likely be drafted into the defence on Saturday.

A positive performance on his return from injury will see the Scot keep his place at full-back, while more praise from Arteta during the week will fill Tierney with confidence against Brighton.

After replacing the injured Granit Xhaka on Wednesday, the Spaniard should take his place in the team on Saturday. The Real Madrid loanee will be tasked with dictating the play against the Seagulls.

Despite struggling against Manchester City, the young Frenchman should keep his place with Arsenal light on bodies in the middle of the park.

The Ivorian will be fresh for Saturday’s game after being an unused substitute on Wednesday night, and Arsenal’s poor attacking display could see Arteta turn to the club’s record signing against Brighton.

The youngster may have struggled to impact the game against Manchester City, but his energy and the ongoing issues with Mesut Ozil will likely see Willock keep his place in the team.

After being starved of service on Wednesday, Arsenal captain will be hoping to see more of the ball in advanced positions against Brighton.

The Frenchman is involved in an ongoing battle with Eddie Nketiah for the starting striker role, and Arteta could turn to the more experienced Lacazette to lead the line at the AMEX.