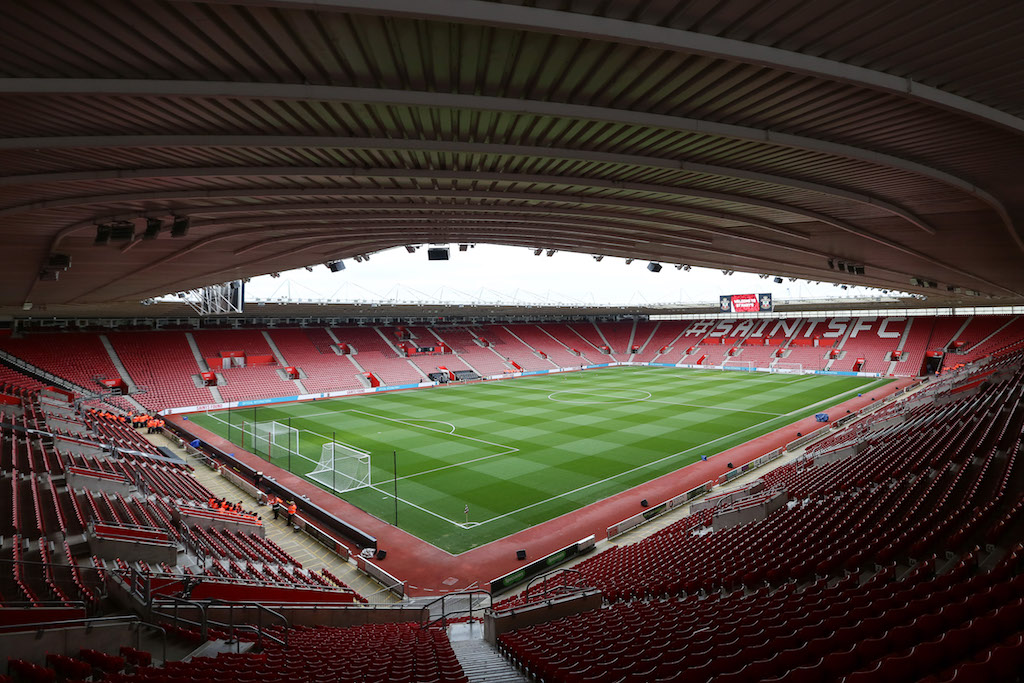 How do you think Arsenal will line-up against Southampton at St Mary's on Thursday? Dan Mountney gives his verdict. CREDIT: OFFSIDE

Arsenal visit Southampton on Thursday night in desperate need of a win after two defeats on the spin. The Gooner Fanzine’s Dan Mountney predicts Mikel Arteta’s team for the trip to St Mary’s.

Having featured in both games since the Premier League’s restart, the Spaniard should keep his place on the right-hand side of defence.

Despite Arsenal’s disappointing defeat to Brighton, Holding put in a solid display and looked sharp on his return from injury. With David Luiz suspended, Sokratis struggling for fitness and Pablo Mari out for the season, the Englishman should keep his place.

Due to injuries and suspensions depleting Arteta’s squad, Mustafi will keep his place in the heart of Arsenal’s defence.

Having impressed against Manchester City but missing out against Brighton, the Scot should return to the team to provide the Gunners with more attacking thrust down the left.

After impressing in yet another new position against Brighton, Saka should keep his central midfield role if Arteta sticks with a 4-3-3 formation. The youngster will be hoping for another good performance as he strives to become a regular starter.

With Arteta continuing to rotate, Willock could get a chance to impress in a midfield three. After a disappointing display against Manchester City, the youngster will be keen to put in a better performance.

The Englishman has been waiting for an opportunity to start in his preferred midfield position and now might be his chance. With Granit Xhaka injured, Dani Ceballos failing to impress and Matteo Guendouzi’s attitude leaving a lot to be desired, Maitland-Niles could be drafted into the team.

A superb goal against Brighton should see the Ivorian keep his place, and the club-record signing must get into central areas against Southampton to impact the game once again.

The Arsenal skipper will keep his place on the right-hand side, looking to get his first goal since the Premier League’s restart.

The battle between Nketiah and Alexandre Lacazette for the starting striker role continues, but the youngster should start after being named as a substitute against Brighton.